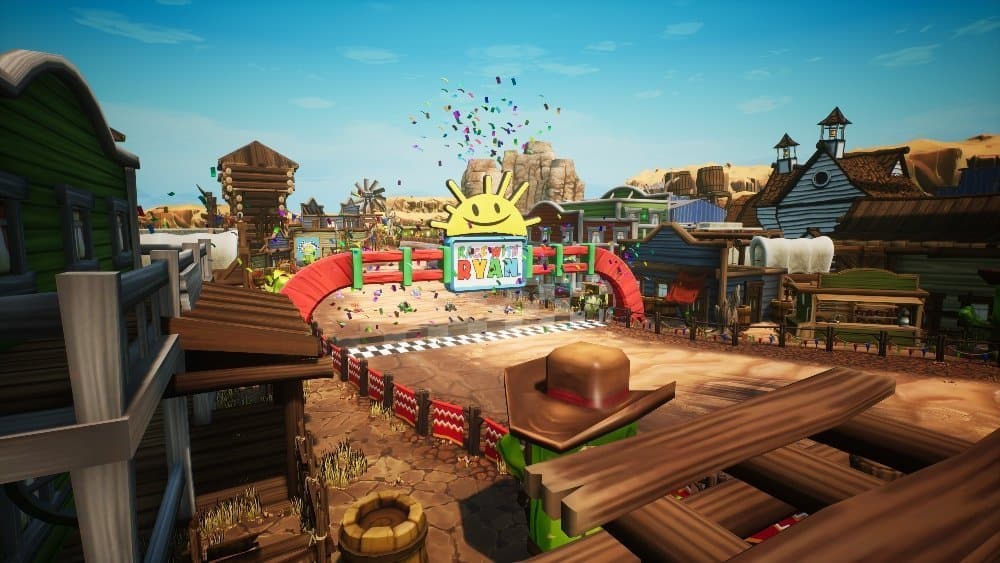 Take the wheel as Ryan and all your favourite Ryan’s World friends!

Ryan’s World has come to life, and it’s every bit as colourful, fun and fast as you imagined. So pick a racer, head to one of six magical locations, and step on the gas to show your friends and family who the fastest racer really is.

As a parent, you fool yourself into thinking that you will be one to introduce things into your children’s life. And for the most part we do, however, every now and again the children are the ones to introduce us to something. Which was the case with Ryan’s World, something that Piglet has been loving watching on the iPad. Now there is a new way to join in the fun Ryan in Race With Ryan!

This is no ordinary championship! Ryan’s famous Mystery Eggs are scattered across each track, and they’re full of surprises that help you power through the pack – like Burger Shields, Sticky Slime, Trick Surprise Eggs and many more. A huge cast of Ryan’s World characters are here to race, including Policeman Ryan in his Patrol Car, Red Titan, Gus the Gummy Gator, Pirate Combo Panda, plus many more you’ll unlock as you race your way to the top. From the miniature toy world of Fantasy Park to the pirate kingdom of Treasure Island and beyond, each world is full of secret pathways, slippery slides and kids’ imagination!

How to play Race With Ryan

The game is aimed at children aged 3-6 years old, which is reflected in the simple controls. Along with the optional auto-acceleration and a tutorial to guide younger players through their first video game. Although drivers of all ages will love to Race with Ryan, Tigger certainly has been making the most of the new game.

Race your way to the top in Career Mode or speed past your friends in 2 – 4 players split-screen races, the fun keeps coming.

Watch the Race With Ryan trailer

What we thought of Race With Ryan

We have been playing Race With Ryan on the Nintendo Switch, which for us is possibly the most family-friendly console. With each of the children able to hold their own Joy-Con which in itself is smaller than the average controller so perfect for little hands. Piglet has watched us play similar style racing games before although not quite ready to join in on the action. So the addition of Race With Ryan to our gaming library has enabled her to not only get involved with family gaming time but also incorporate one of her favourite stars.

The game can be played on a number of levels which means that the older children are still able to enjoy the thrill of racing around without feeling that it is too simple or easy for them. Tigger has especially been loving the career mode where you can compete in order to win cups.

Where can you buy Race With Ryan?

Race With Ryan is available on PlayStation 4, Nintendo Switch, Xbox One and PC. Available on digital download from the relevant gaming service or exclusively available to buy at Smyths Toys in the UK: bit.ly/RaceWithRyanGame. Global retailers available at www.outrightgames.com/racewithryan

Will you be first across the finish line?

XBOX | gaming fun and peace of mind for parents 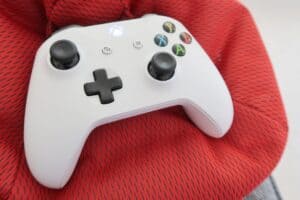