If there is one question that strikes fear into me on a form or in an interview it is ‘tell us about yourself‘. In that split second my mind goes blank and suddenly for someone who talks a lot I have nothing to say. I sit there staring at the question attempting to figure out what I can say that is interesting about myself. The immediate thoughts of ‘I’m a wife and mother of three‘ seem to cover it in my eyes but surely they are looking for a better more in-depth answer than that.

With the help of today’s #Blogtober17 prompt ‘All About You‘, this is me…

Originally from Cumbria, I am a northerner living in Norfolk with my husband and three children. I find it funny that I still refer to myself as a northerner, considering I have lived in Norfolk longer than I did Cumbria. Alas, that is where I was born and all of my family is from, so to me it is still a place I call home – Although I can’t ever see myself making the move to relocate back there.

I moved to Norfolk as a teenager with my parents and completed the last years of my high school here (not that I really attended all that much – I was a rebel at school). With hopes of joining the Royal Logistics Corps, I started to study engineering at college until I opted to transfer over to the Public Services course. It was whilst I was at college that I met my husband through mutual friends.

My family opted to make the move back to Cumbria whilst I was studying at college, and as I was already settled with Mr. Boo, I stayed behind and have been here ever since. Deciding that the Army life was not compatible with leaving Mr. Boo behind I went on to start work at the local hospital. Firstly in the catering department before making the jump over to Finance.

After getting married and the hopes of starting a family I changed roles and went to run a community nursing clinic closer to home. Which would hopefully offer me more flexibility in the future once we had children. The role wasn’t as I imagined it would be and I’m not convinced that management really knew what I should be doing so I was pleased to fall pregnant and go on maternity leave. After having Roo and returning to work, my role was downgraded so I opted to take a secondment to a local Community Hospital. Where I worked until I was sadly made redundant last year.

Nowadays I am a stay at home/work at home mum to three children. There are elements to this which work out really well for us as we don’t have the consistent worry about childcare etc. However, I do miss going out to work and making a difference. As Piglet starts school in a few years there is time for me to think about the next steps career-wise. For now, this works and I am grateful that I am able to earn money from my blog and freelance contracts.

I’m married to Mr. Boo, who I met when we were just 17 years old and recently celebrated our 13th wedding anniversary. We’ve spent half our lives together, it’s hard to remember a time when he wasn’t part of my life (I’m a hopeless romantic – forgive me).

With three children I am often told that I have my hands full, however, with good friends who have more than three children I think I have it easy. Whilst they have their moments I am lucky in that my children understand that Mummy has expectations of them and there are consequences to actions. I am a mean mummy, I am a strict mummy, I am raising my children to be adults someday, I’m not here to be their best friend just yet.

This blog has to be my biggest hobby, it’s probably the one thing that I have stuck with through thick and thin. It’s an outlet for me to voice my opinions, moan, rant, celebrate and showcase our lives. I’m not really an oversharer so I do hold back on some of the things that I would like to write about but fear for the backlash (spineless I know).

As a hopeless romantic I adore the old period dramas like Pride and Prejudice, Sense and Sensibility etc. However, I prefer the TV adaption rather than the films that have been made. I’d be lost without Netflix, social media and a good selection of stationery. I’m a huge polka dot fan and if I’m not wearing something featuring those, then I’m in my trademark Joules Harbour stripe tops.

I think that is pretty much all there is to say about me… Oh, I love chocolate and cake. I hate coconut or anything spicy. I’m teetotal and I don’t smoke. I’m unbelievably cranky if I don’t get enough sleep and if I’m ill just leave me to it, if I need you, I’ll ask for something.

I think that covers it all.

Joining in with #Blogtober17 from Hexmum Plus One How To Network With Other Small Businesses 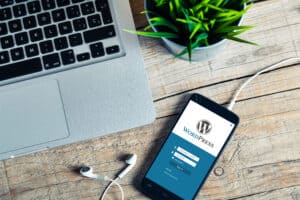 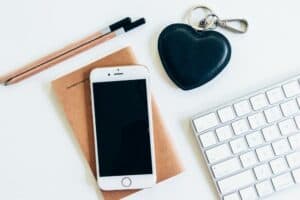 This website uses cookies to improve your experience while you navigate through the website. Out of these, the cookies that are categorized as necessary are stored on your browser as they are essential for the working of basic functionalities of the website. We also use third-party cookies that help us analyze and understand how you use this website. These cookies will be stored in your browser only with your consent. You also have the option to opt-out of these cookies. But opting out of some of these cookies may affect your browsing experience.
Necessary Always Enabled
Necessary cookies are absolutely essential for the website to function properly. These cookies ensure basic functionalities and security features of the website, anonymously.
Functional
Functional cookies help to perform certain functionalities like sharing the content of the website on social media platforms, collect feedbacks, and other third-party features.
Performance
Performance cookies are used to understand and analyze the key performance indexes of the website which helps in delivering a better user experience for the visitors.
Analytics
Analytical cookies are used to understand how visitors interact with the website. These cookies help provide information on metrics the number of visitors, bounce rate, traffic source, etc.
Advertisement
Advertisement cookies are used to provide visitors with relevant ads and marketing campaigns. These cookies track visitors across websites and collect information to provide customized ads.
Others
Other uncategorized cookies are those that are being analyzed and have not been classified into a category as yet.
SAVE & ACCEPT
58 shares