Skip to content
0 shares
One of my very good friends is a huge fan of the Vampire Diaries. Whenever it is on TV you can find her updating her Facebook status, keep is up to date with the latest developments.
I have to confess that whilst I don’t mind watching a few vampires I have never watched the Vampire Diaries. I think that this partly due to missing the first series and thinking that I would be unable to workout who was who and what was going on.
When Warner Bros. contacted me about the upcoming release of the Vampire Diaries season three and offered me the chance to review the first season I thought why not. Finally a chance to see what all the fuss was about and make my friends happy as I could finally understand what her status’s were all about. 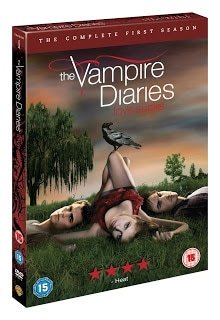 I was surprised to find that the first season has 22 episodes! wow, I was expecting maybe 16 at a push. Captured over 5 discs, I have only been able to watch one (summer holidays are a nightmare to get anything done). Although what I have seen so far I like, I like a lot.
Why has it taken me so long to realise this?

It’s Elena’s first day back at Mystic Falls High School since the tragic death of her parents. Along with her Aunt Jenna, Elena tries her best to look after her troubled younger brother, Jeremy, and salvage what family they have left. The first day is already shaping up to be a struggle for Elena until she meets the mysterious new kid at school, Stefan. Elena is touched that he can relate to what she’s going through. What Elena doesn’t know is that Stefan is a vampire, constantly resisting the urge to taste her blood. As their undeniable connection grows deeper, Stefan’s dangerous older brother, Damon, shows up to wreak havoc on the town  of Mystic Falls – and claim Elena for himself.

THE VAMPIRE DIARIES is based on the bestselling book series from Alloy Entertainment, which has recently been re-released and is enjoying time on The New York Times Best Sellers list.

From most online DVD/Blu-Ray retailers including Amazon and Play.com 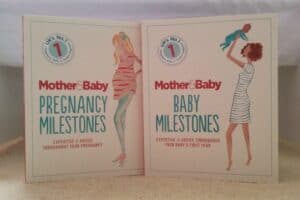 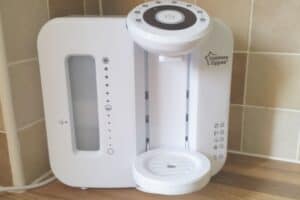