Both Roo and Tigger have been fans of Peppa Pig for a long as I can remember. Roo used to drive my Mam potty by watching the same Peppa Pig DVDs over and over again, so really it was no great surprise that Tigger has followed in her footsteps. Watching Peppa Pig in a morning before school has become part of our morning regime and listening to the giggles is infectious and helps us start the day on a happy note.

Last week a special Peppa Pig packaged arrived whilst Tigger was at pre-school in the morning, so I left it sitting inside the packaging in the living room and when to collect him from pre-school. Once we arrived home, he went running over to the box and squealed ‘Peppa Pig Mummy!’. 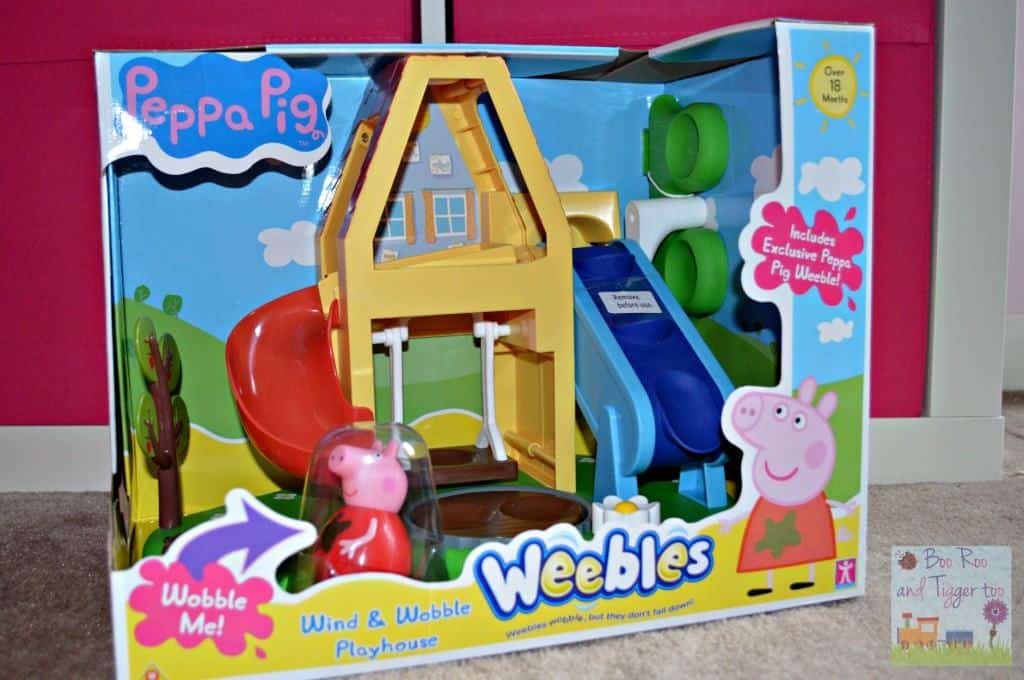 Weebles Wobble, but they don’t fall down! Have hours of fun with Peppa’s Wobbily Playhouse! Wind the handle to move Peppa up and then down she slides… splash into the muddy puddle! With an exclusive Peppa Weeble included.

I’m hoping not to show my age too much by saying that I can remember Weebles from when I was a little girl, however I don’t remember them being anything as fun as transforming a TV character into a Weebles wobble.

Unboxing was relatively simple with just as few strings attaching the playshouse to the box, always nice to see a manufacturer who has thought about how easy it is to get out and ready to be play with. The playhouse itself can be played with in several different ways; taking Peppa up the steps by winding the handle, watching her slide (or should I say wobble) down the slide, splash in muddy puddles, turn round and round on the the roundabout or take time out on the swing. 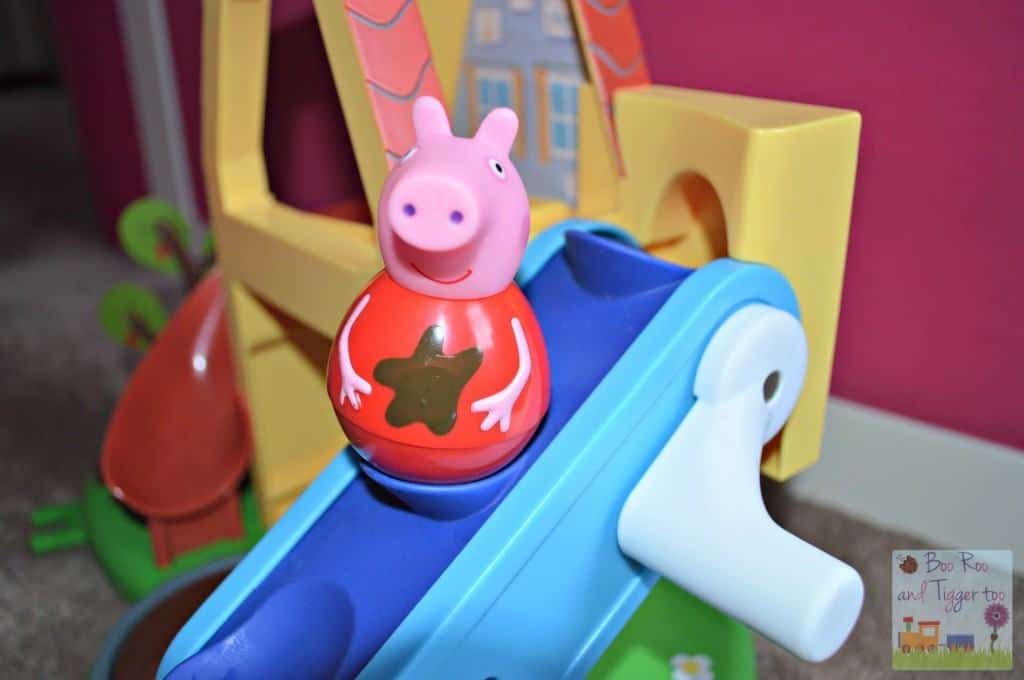 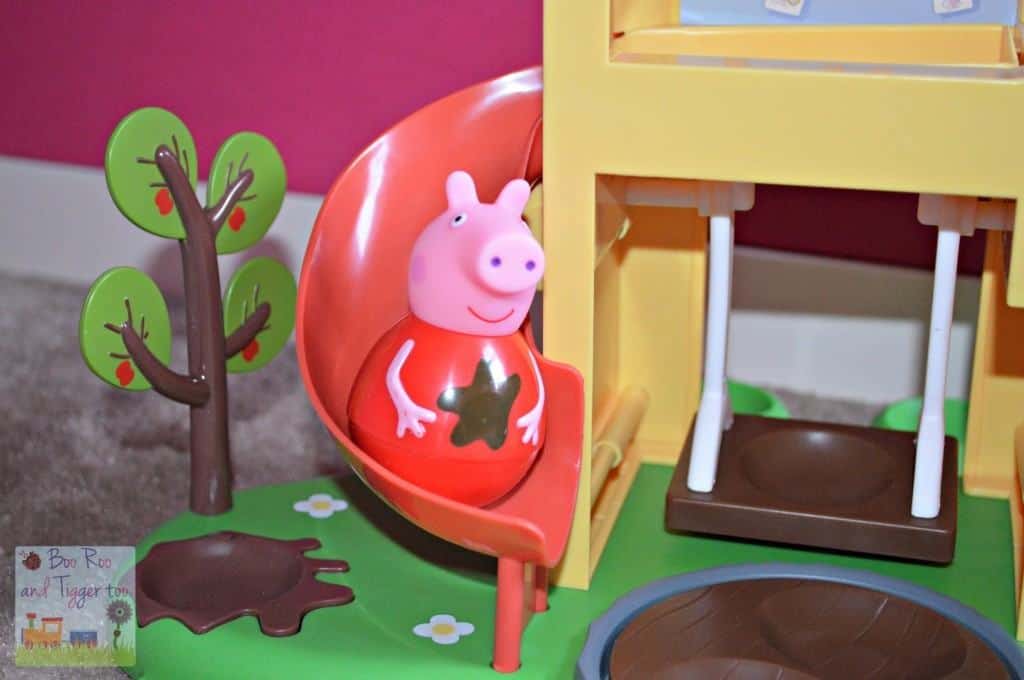 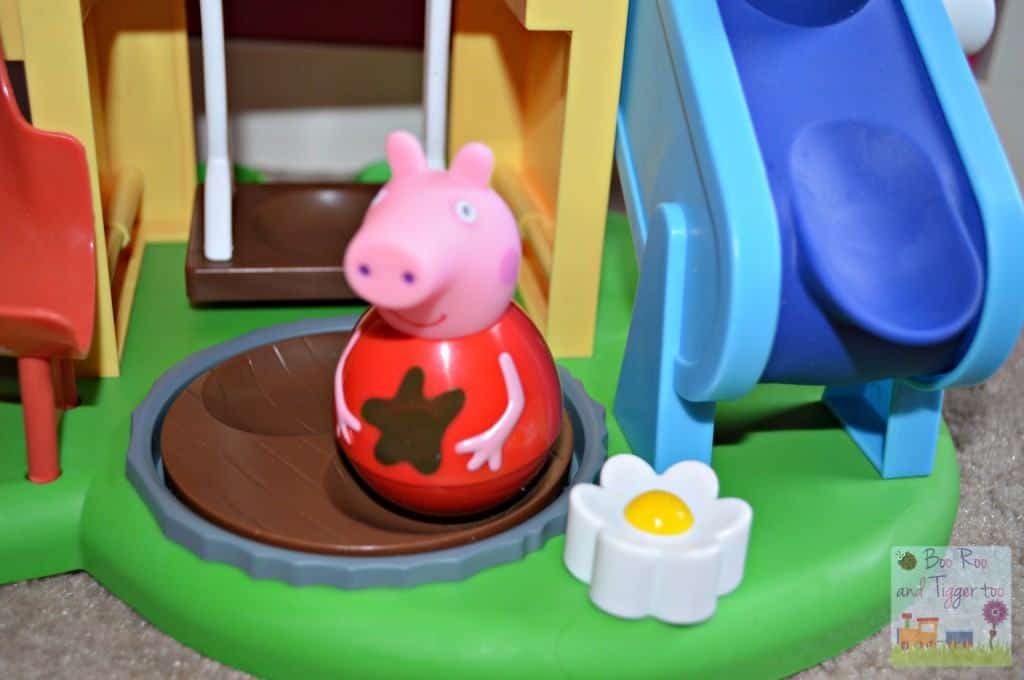 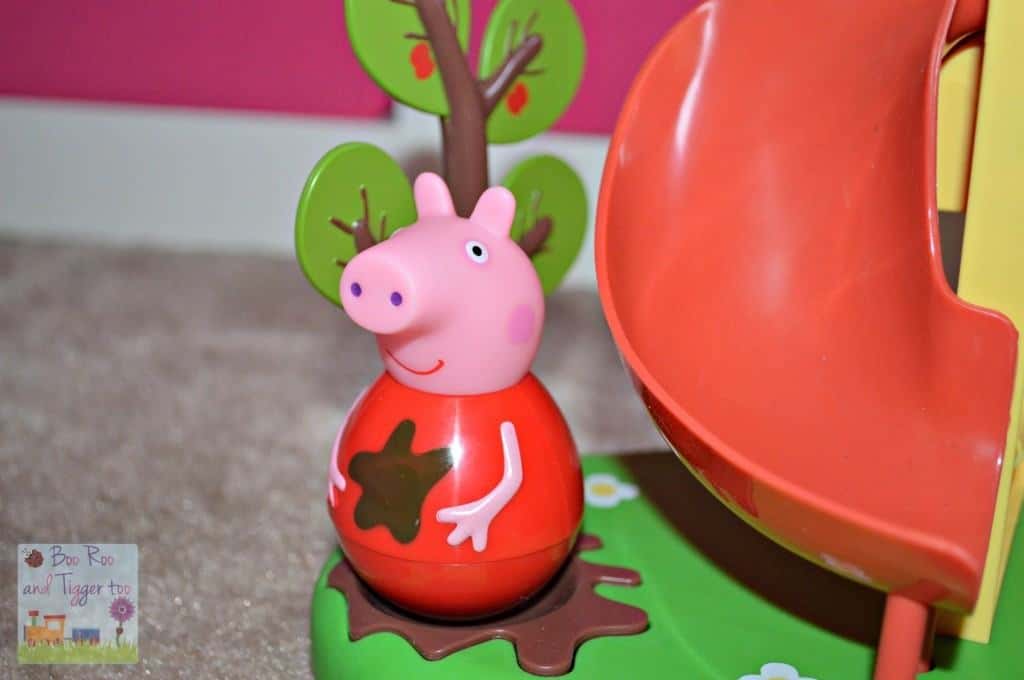 The Peppa Pig Weebles Wind and Wobble Playhouse is just one of three playsets that are available with the range along with the opportunity to purchase your favourite Peppa Pig character separately which come with their own base that can clip onto the playhouse base.

Tigger really enjoys playing with the playhouse however he was initially upset that there was no George Pig included within the set. However this was soon rectified when I brought down the basket full of Peppa Pig cars and trains we have accumulated over the past few years. Priced at £29.99 it is about the price you would expect to pay for a playset of this size and given that it has a character theme.

Disclosure: We received a Peppa Pig Weebles Wind and Wobble Playhouse FOC for the purpose of review. 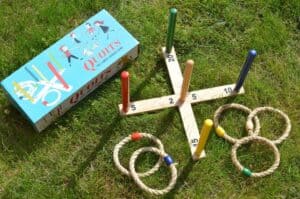 Time to change my eating habits