I hold my hands up and say that I do not have a Will, this is partly due to my disorganisation but more so because I don’t really know that much about them.

Do I really need one?
How do I organise making one?
What do I need to include within my Will?
If my circumstances change, how easy is it to make an amendment?

I honestly have no idea where to start. I was sent the following information from Saga Legal and I wanted to share it with you in the vain hope see if I am not the only one who has not yet made a Will.

Saga Legal have revealed the top misconceptions surrounding Wills, releasing a new study detailing the UK population’s biggest misunderstandings when it comes to Will planning.

Included in the top 10 misconceptions, and thought to be true by a number of those who answered the survey, were:

The survey also showed stark contrast between age groups. While under 24s failed half the questions on average, older people showed a much wider understanding of Wills, with 45-54 year olds getting 90% of the questions right. Out of the UK regions, East Anglia was the most informed area, with again, a 90% success rate on the test.

“There’s clearly some way to go when it comes to educating people around Wills. Whilst Saga Legal customers are over 50, we often find that those responsible for Wills, executors, or those left in Wills are much younger, and as this survey suggests, have limited knowledge over what they are expected to deal with.”

Saga Legal are inviting bloggers to a live Google+ Hangout, taking place in January 2014, to put their questions to Saga Legal lawyer, Emma Myers. People can use the true or false questions below to test their knowledge of Wills:

Disclosure: This post is brought to in collaboration with Saga Legal, although I really do need to make a Will. 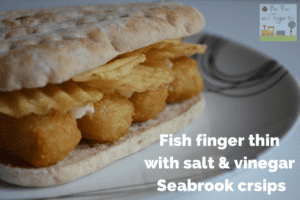