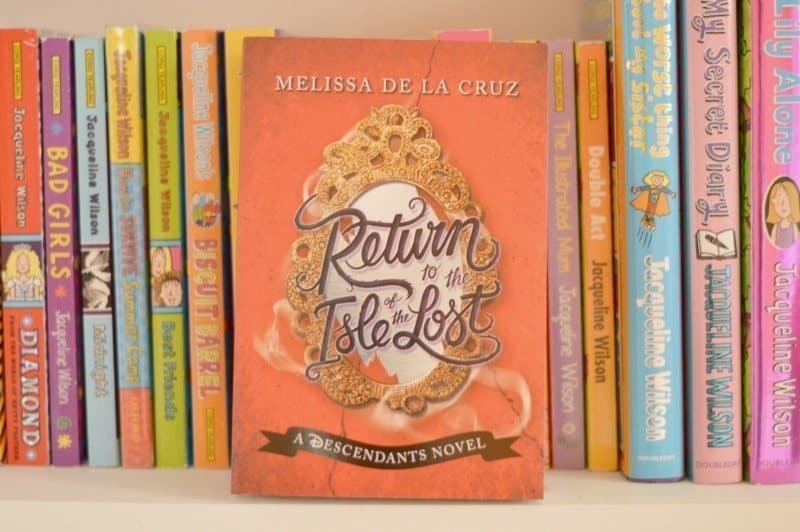 Ever since the Disney Descendants film was shown on the Disney Channel last year, it has captured Roo’s attention. Last year she asked for the Descendants merchandise for Christmas and with a trip to the Disney Store, last weekend she has added some Descendants goodies onto this years list too. She even dressed up as Evie from Descendants for Halloween this year.

Disney Descendants: Return to the Isle of the Lost

There’s no place like home. Especially if home is the infamous Isle of the Lost. Mal, Evie, Carlos, and Jay – the kids of the most evil villains ever. Having spent their childhoods banished on the Isle, these wicked teens have been enjoying the comforts of the kingdom of Auradon where they were sent to learn how to be good. But when the four friends receive a mysterious invitation to return to the Isle, they can’t help feeling drawn to their old ways.

Not everything is as they left it though, and when they discover a dark mystery at the heart of the island, they need to combine all of their talents in order to save the kingdom. Will the kids be able to beat the evil bubbling at the Isle’s wicked core, or will the plot to destroy Auradon succeed?

The Disney Descendants: Return to the Isle of the Lost book is priced at £4.00 and is available to buy from Amazon and all other good book retailers.

The second book doesn’t feel as though it has the same sparkle as the first one. Written more in line with the new Descendants film due for release in 2017, rather than a novel like the first. Roo still enjoyed the storyline and learning more about the characters and their adventures.

Disclosure: We received a copy of Disney Descendants: Return to the Isle of the Lost FOC for the purpose of review

Learning to tell the time