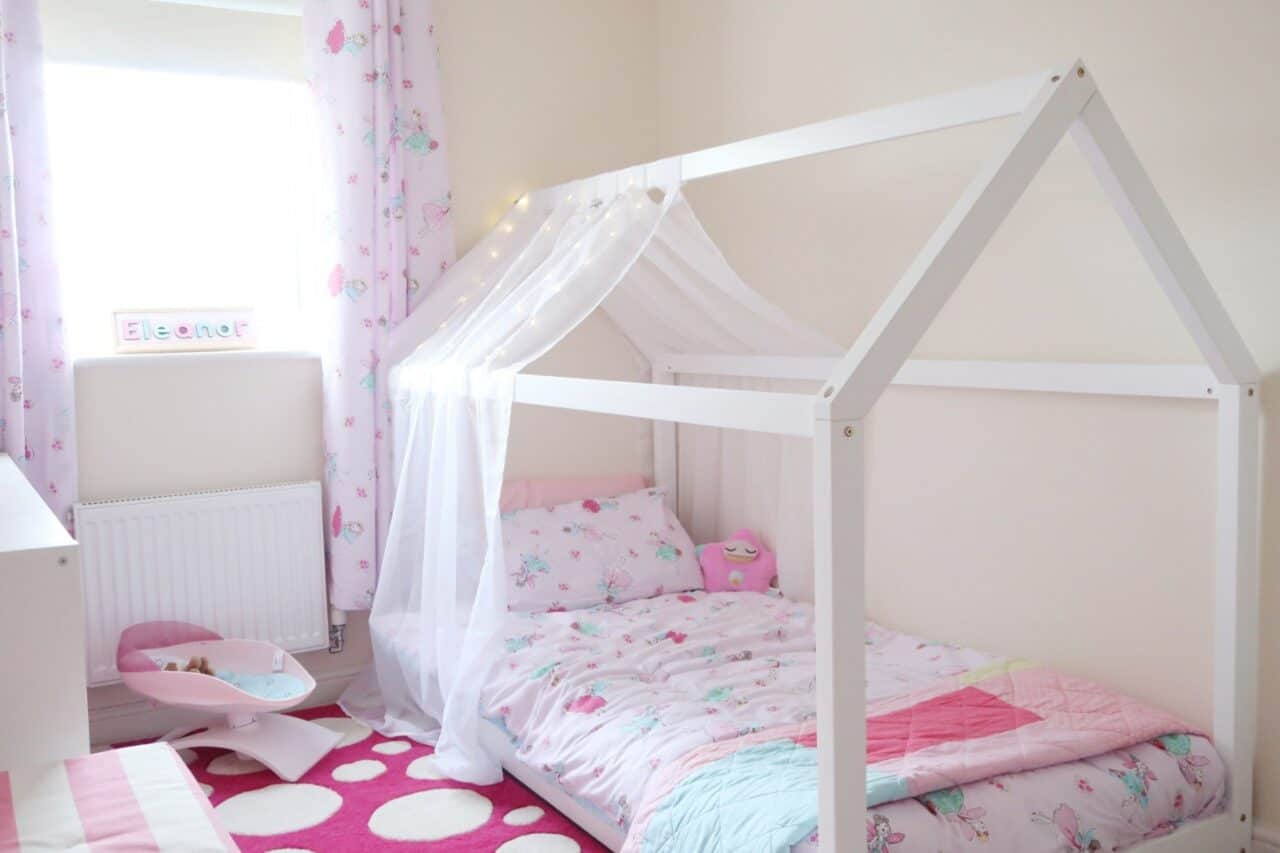 Every parent will tell you that time passes so quickly, even though those early days (and nights) may feel like the longest. Before you know it your little bundle of joy is reaching milestone after milestone. Whilst some of these milestones will look forward to more than others such as walking and talking, over cutting new teeth and possibly even potty training.

Piglet is currently at the age where there is a whole new range of milestones happening for her. Starting preschool at the beginning of the new school year was a relatively big one, although she took this in her step and loves that she gets to wear a uniform just like her older siblings. However, the one that we have been thinking about for a while (and never quite gotten round to) is moving her from cot bed to a single bed.

Time to move from cot bed to a single bed

When we purchased her cot bed, we bought it in mind that we would still be in our old home, which was a lot more compact than where we live now. So instead of a full-size cot bed we purchased a smaller version. Which has served her well, however, it is getting too small for her juggling and sleep antics so we knew that we needed to make the move into a larger, single bed.

As she is the youngest child, she does fall foul of the smallest bedroom for the smallest person scenario. With this in mind, we wanted to find something that could be utilised within her playtime, reading and of course, bedtime sessions that she is in her room. Rather than looking for a standard bed, that may well be used to sit on and sleep etc. but not really part of the adventure and role-playing that she may have in her bedroom.

As soon as I spotted the Children’s House Bed from Bed Guru I knew that this was one that she would love. Dare I say it, but Piglet is very much a girly girl who adores pink, princesses and her baby dolls. The house bed would offer her the chance to make ‘home’ on there for her baby dolls, a place to share stories with her teddy bears and somewhere she can retreat to when she’s had a busy day full of fun and adventure.

Available in a choice of grey or white frame, we opted for white as it would match in with her existing bedroom furniture plus a unit transferred from Tigger’s bedroom to house some of her toys. The children’s house bed fits a standard single mattress which sits on a low frame just above the floor. Making it easily accessible for her to get in and out of during playtime and if she needs to get up in the night (also helps ease the worry that she’d roll out and fall).

Arriving in one large box it is easily assembled and contained everything we needed to screw it all together. To add a little personal touch to the house bed, I had purchased some tab top voile curtains from eBay to drape down either side. I had originally seen a similar thing on Etsy however, the voile was just draped across the roof of the house and I wanted something to keep in place (and not fall on to her. As we assembled the house bed, I simply slid the tab tops across the top roof bar before securing at the gable ends.

Making the bed her own

When it comes to your bed it is a very personal space, so we wanted to make sure that she felt that is was her own and could include things that she liked (within reason… 101 soft toys might be a little excessive). Alongside the voile curtains to give her a little privacy (and who doesn’t dream of having a four-poster style bed with curtains!) we added some little fairy lights which just brighten up the space. Which is lovely on an evening when she is about to slow down and settle into bed.

Transitioning to a bigger bed also meant that she had to say goodbye to her toddler sided bedding sets. However, given her love of pink and fairies, I think that this children’s bedding set from Studio with matching curtains really sums up her personality. She was wowed when she first saw it and loves to point out the different fairies on it. I’ve got her a special Christmas duvet set too which she is going to love once What The Dad Said says I’m finally allowed to get the Christmas things up (the 1st December isn’t too early – right?).

Over time and the changing seasons, I can see us adding bunting, further fairy lights and decorations to the house bed. Making it an interactive play, relax and sleeping area for her. But in the meantime, she has been settling in and making the most of her new bed and enjoying the extra room to play.

Given that Piglet has the smallest bedroom (which isn’t that tiny, especially compared to our old house) we do tend to try and store all her toys away in storage baskets by type then she can pull out the things that she is wishing to play with. As well as showing her where they need to be returned to at the end of the day.

During the change around to her bedroom, we also removed the safety gate from her bedroom door and moved it to the top of the stairs. I did think that she might decide to go for a wander in the nights but has been happy to stay put. It is during playtime that she likes to explore upstairs and see what everyone else is up to – I think in the hope that one of us will come and join her to play with the dolls, books etc.

Something that each of the children has developed is a love of books. Whilst Piglet isn’t at the stage where she can read them herself she does love to look through them. And with the books that we have read time and time again (The Gruffalo etc.) she is able to tell the story from what she sees on the page in front of her.

With two older siblings as well as myself and What The Dad Said she can usually find one of us who would like to sit down and enjoy a book or two with her.

When it comes to bedtime we have always kept to the same routine since she moved into her own room. She enjoys cuddles and milk (or a hot chocolate) downstairs. Before she makes a tour of the house saying goodnight to everyone, which is so adorable as she says goodnight my… mummy, daddy etc. Taking the time to ensure she has said her goodnights to us all.

When head up to her room, switch on her lullaby before taking off her dressing gown, pulling down the blind and getting tucked in for the night. Ensuring that we have her blanket (purple muslins that she’s had since birth) as well as whichever toys is currently in favour that day to snuggle up too as she goes to sleep.

Having moved into her own ‘big girl’ bed as she calls it, I do feel as though she has slept better than in the last few months of being in her cot bed. With more space for her to wriggling and jiggle in bed, new bedding and the most important bit, a house bed that allows her to drift off and dream of new adventures. I’m actually quite jealous of her bed, I would have loved something like this when I was her age.

Turning a spare room into a nursery 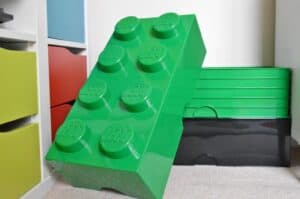 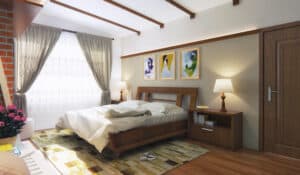 4 Subtle Ways You Can Improve Your Master Bedroom