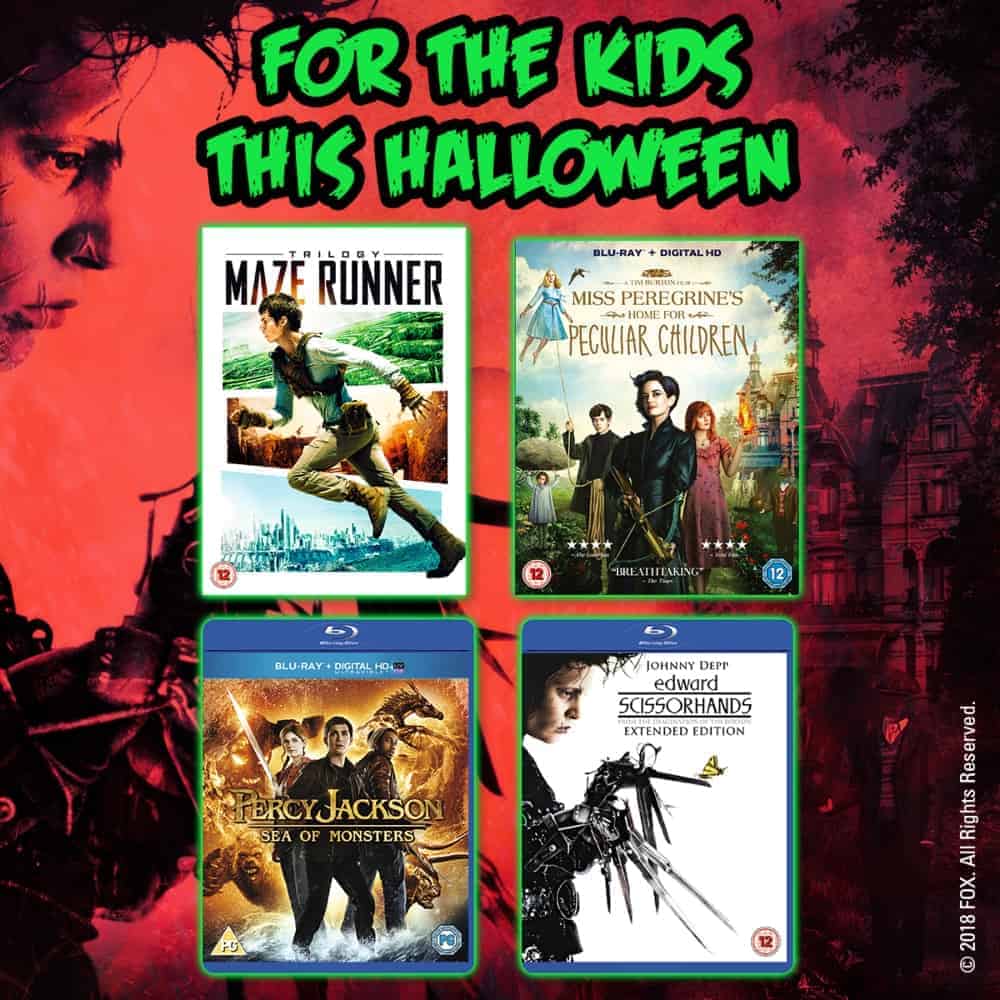 There is nothing that quite ties a family together like a film night. A chance to shut the world away, squash together on the sofa and stop the bickering. Whether it’s watching a film that you have all seen time and time again. One that you are sharing with the children for the first time. Or even one that nobody has seen (sometimes the best option so nobody gives away any spoilers!).

Halloween is a great time for spending some quality time together and building up fun traditions. From attending pumpkin patches together to find just the right pumpkin to carve and showcase outside your home ready for Trick or Treaters. To walking around your neighbourhood seeing the Halloween displays that your neighbours have created (and competed against to have ‘the best’ display). Once you’ve collected your Halloween candy haul, what better way to finish off the night with a Halloween family film night.

A group of teens must escape from a massive labyrinth, survive a desert wasteland and break into the legendary Last City in this epic trilogy based on the Maze Runner book series.

When his beloved grandfather leaves Jake clues to a mystery that spans different worlds and times, he finds a magical place known as Miss Peregrine’s Home for Peculiar Children. But the mystery and danger deepen as he gets to know the residents and learns about their special powers…and their powerful enemies.

Percy Jackson: Sea of Monsters is the eagerly anticipated sequel to Percy Jackson and the Lightning Thief. It continues the adventures of Percy Jackson and his friends, as they look for the golden fleece, in order to save Camp Half-Blood’s magical borders from sinister foes. Based on the popular book franchise.

In this modern fairy tale film directed by Tim Burton, Edward is a gentle, naive creation with razor-sharp scissors for hands. When he is taken home by a kindly Avon lady to live with her family, his adventure in the pastel paradise of Suburbia begins!

Skip the squabbling, grab the popcorn and get ready for the ultimate Halloween which will have the seal of approval from the whole family.

We have a monster mash of titles up for grabs, with one lucky winner receiving copies of Maze Runner Trilogy, Miss Peregrine’s Home for Peculiar Children, Percy Jackson: Sea of Monsters and Edward Scissorhands.