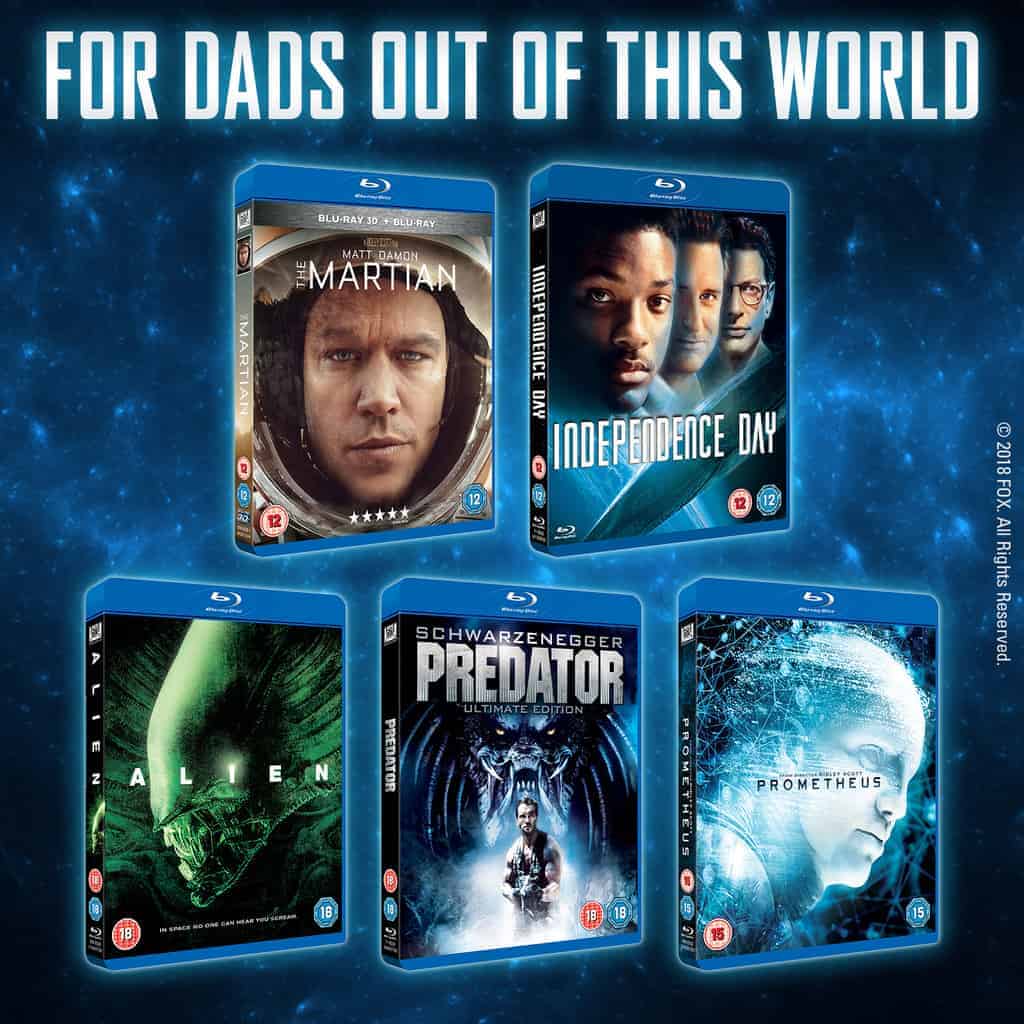 Have you ever thought about who you’d love to play you if there were a film of your life? What about those around you? Who would you select to play the key figures in your life? It’s a question I can never answer the same way as I’ll have a current favourite film that clouds my judgment on the subject.

When it comes to selecting an actor for Mr. Boo this comes quite easily for me as to me he needs someone who is multi-talented. Someone who isn’t likely to give up in the face of adversity and powers on through when the chips are down. You see to me he is always the hero in my filmstrip. To our children, he is out of this world and would be the first person they called upon in times of need.

For Dads Out of this World

So if you have a Dad or Grandad that is out of this world, may I suggest one of the films below to remind them just how epic they are…