Following on from my your home is your castle post, the builders have been and gone (sort of, more on that later). Work started last week and the builders slowly took apart the bedrooms. This itself nearly gave me a heart attack as I began to wonder what can of worms I had opened.

Like any old house (c1900) they came up against their fair share of issues. When removing the skirting boards it brought all of the lath and plaster off with it so they had to fill with bonding before being able to plaster. The door linings came out relatively easy and didn’t cause half as much damage as I thought that they would. However the door lining to Tigger’s room could not be removed as they believe that there is no lintel!

Roo’s bedroom is coming along nicely, plastering, skirting, architrave and coving all completed. The old entrance to the over-stairs cupboard has been blocked up. I do keep looking in that corner whenever I pop my head in and then remember that it’s been blocked up. I’m hoping to move her bunkbeds into that corner giving her more room to play.

The doorway to Tigger’s room has caused a headache as the builders damaged the door lining when removing the old architrave. To counteract this they suggested that the door open into Tigger’s room against the radiator which makes good use of space and saves Roo having a door opening into her space. The light switch unfortunately is now behind the door but we rarely put the main light on in there so I’m hoping its not going to be too much of a pain.

Our room looks so much bigger when there is only a bed in there (oh how I wish we had an en-suite and dressing room). The over-stairs cupboard has been knocked through and plastered ready to be made into a wardrobe space for Mr Boo. I’m hoping that we can squeeze a shelf in above the rail to store bibs and bobs that we don’t use so often but can’t go in the loft.

The builders finished on the Friday and with it being a Bank Holiday weekend I had to wait until Tuesday for the gaffer to come and look at the snags. However, late afternoon on the Tuesday he texted to say that he wasn’t going to make it. As I work on Wednesdays I had to wait until Thursday, this build seems to be dragging on.

Finally the gaffer popped over on Thursday for which I think he thought a quick once over and final payment. Sorry to rain on your parade but I have snag list that is going to take more than just a few minutes.

The gaffer managed to put the radiators back on, he also moved the architrave on Tigger’s doorway ready for an extra piece of wood. However in doing this he somehow managed to put several holes in the wall… so will now need bonding and re-plastering.

Unfortunately due to my work he couldn’t come back today to start fixing the snags so I’m hoping he will be here tomorrow. All things being well this time tomorrow I will finally see the last of the builders. 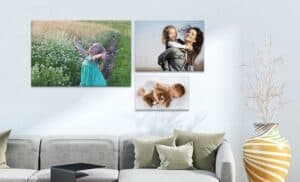 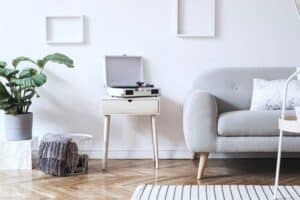 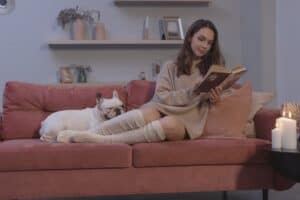 How To Create A Comfortable and Welcoming Home