Back at my booking appointment with the midwife I was told that I would need to have the glucose tolerance test (GTT) at 28 weeks as my BMI triggered the pathway. To me it was just another test and thought nothing of it.

My appointment date and time had been booked in since July and knew that I had to fast from midnight and take a bottle of Lucozade with me to the appointment. With my appointment booked for first thing last Monday I decided to drop the children at breakfast club in our to get through the morning traffic to the hospital.

Fasting in a funny thing as there are mornings were I might not get to eat my breakfast until gone 9am after the school run and it never phases me. However tell me that I can’t eat and I’m suddenly starving and the morning of my GTT was no exception – I was starving!

I arrived in the ante-natal clinic and booked in, after a short wait I was called through for my first set of bloods along with my routine 28 week bloods. After which I was given 410mls of Lucozade to drink in what felt like a minute before being sent back to the waiting room for an hour.

That hour past relatively quickly with a healthy dose of people watching, crap morning TV and the remaining megabytes of my phones data allowance. By the time I was called in for my second lot of bloods I was starting to feel a little shaky. Explaining how hot it was sitting in the waiting room I asked if I could go for a walk and come back in an hour for my next set of bloods, however was told that it wasn’t safe for me to leave in case I fainted or was sick.

I took myself back to the waiting room once again. Sat on the uncomfortable chairs, sat in the hot airless room waiting for the minutes to tick by. That hour went so slowly, I honestly thought on more than one occasion that I was going to pass out. Thankfully the hour passed and I was called in for my final set of bloods.

I was advised that if everything was OK I’d receive a letter in the mail within 10 days however if they needed to discuss my results I would get a call within the next 24-48 hours. With that I was sent on my way which if I’m honest I was a bit miffed about as I wasn’t allowed to leave earlier in case I passed out but now I was suddenly allowed to leave and drive home.

I have raised my concerns with my local MSLC (Maternity Services Liaison Committee) as I think that the test should be carried out in a more comfortable environment and that ladies should be offered something to eat before they leave the department. They are going to look into my concerns and feedback to me.

Have you had to endure the glucose tolerance test?

Creating a fun-filled nursery and playroom 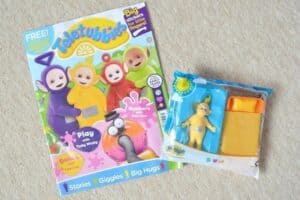