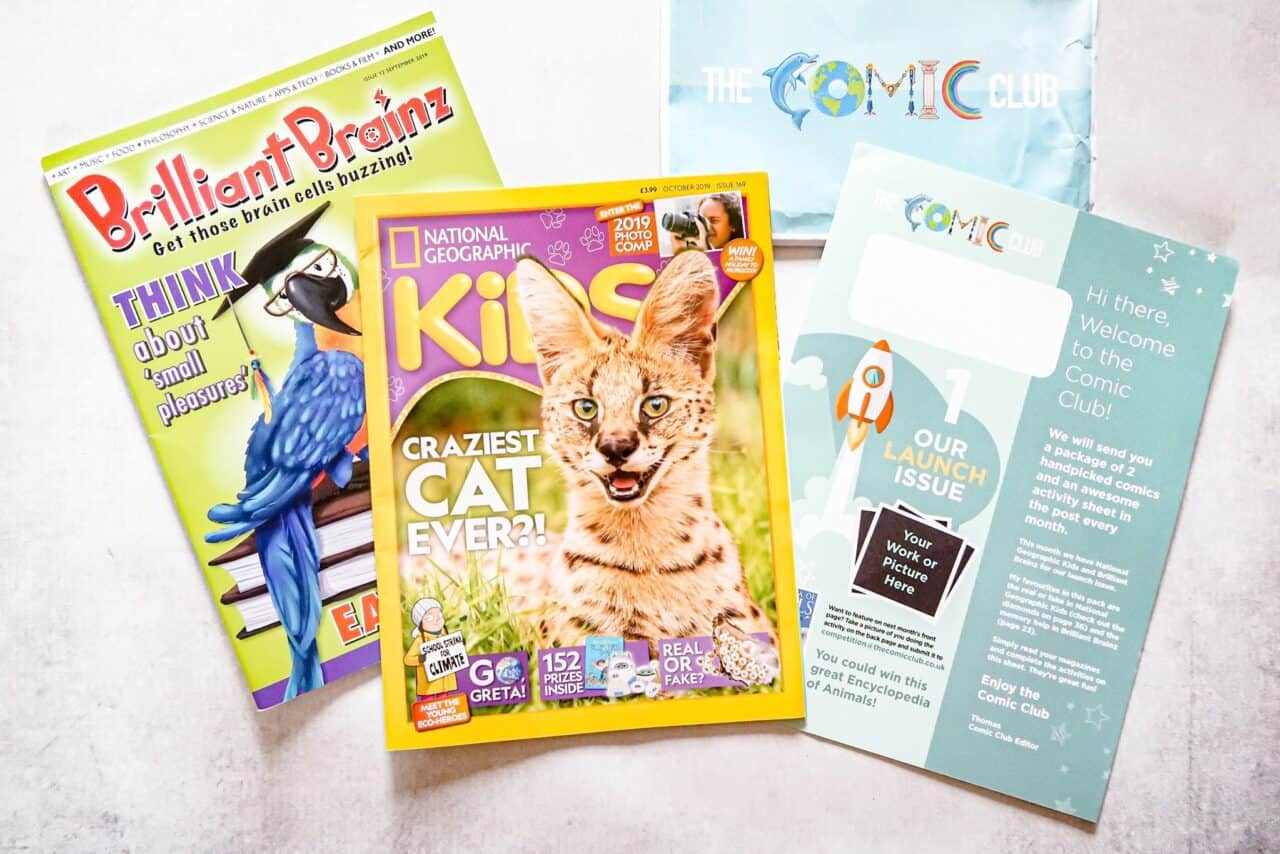 Last year Tigger signed up for a comic club ran after school once a week, which he really enjoyed. It gave him the chance to see to see how content is created for comics, the designs etc. As well as giving him the opportunity to take a look at different types of publications. Sadly, the club only ran for one term and since then we have been attempting to continue the enjoyment he had from the club at home.

What The Dad Said managed to pick up some comics for him from the Norwich Market to introduce him to different characters and styles. Whereas I have been picking up a magazine from the supermarket every now and again when he has been with me. However, like most children, he can easily be swayed depending on what ‘free gift’ or item comes with the magazine. Often selecting one that he might not read and enjoy the content just because it came with a packet of Pokemon cards or some plastic tat.

Thankfully, I think we have found a fantastic solution for him – The Comic Club, a new monthly subscription service that will not only allow him to receive his own post each month (always an exciting time for a child). But also includes two magazines and an activity sheet that will help him engage with the magazines. Gaining more enjoyment and knowledge than he would normally.

What is The comic club?

A monthly subscription service for children aged 7-11 years old. Containing fun, educational, engaging magazines that come without cheap plastic toys so that that can be enjoyed for what they are. Utilised in partnership with an activity sheet to allow children and parents to engage with the content.

Providing an alternative to gaming, tablets and social media. The Comic Club aims to provide educational and enriching activities in a fun and engaging way to gain factual knowledge.

Each month The Comic Club will deliver two children’s magazines and a coordinating activity sheet. The activity sheet contains six activities – writing stories, drawing, planning and designing and many more. Engaging with magazines containing animals, science, history and the planet.

For only £9.95 per pack, you’ll receive 2 fantastic magazines and an awesome activity sheet in the post every month! You can cancel at any time – Subscribe here

The Comic Club – A special preview

The Comic Club has just launched with its first issue subscription available on their website. Tigger was sent a preview version what The Comic Club subscription would look like. With the special preview pack containing the National Geographic Kids and Brilliant Brainz magazines. Along with one copy of the activity sheet, which is a double A4 booklet style offering six different activities for the children to get involved with. As well as the opportunity to take part in a competition to feature on the next activity sheet front page – plus win an Encyclopedia of Animals!

The Comic Club // Our thoughts

From a parents point of view

As Tigger opened up the preview pack of The Comic Club (which comes packaged in a recyclable envelope – no plastic in sight!) and pulled out the two magazines included I was intrigued to see how well he would get on with the editions included. Brilliant Brainz wasn’t a magazine that I had come across before, however, flicking through the content I could see that this would be something that Tigger would enjoy. The National Geographic Kids magazine was not one that I know Tigger would have selected from the supermarket given the option, that being said he does have an interest in animals and the world.

From a child’s point of view

As I came home from school my mum gave me an envelope that had arrived for me with The Comic Club logo on the outside. Opening it up I pulled out two magazines and an activity sheet. Heading up to my bedroom I read through the welcome/activity sheet and started on the activities. Each of the magazines had a couple of activities to complete on the sheet. As well as things inside of the magazines themselves.

I’ve not either of these magazines before so it was good to see what they were like inside. I really enjoyed the two different magazines, with a mixture of things to read and learn about.

Win a month’s subscription to The Comic Club

To help your child engage and interact with magazines we have a month’s subscription to The Comic Club to giveaway.

Prize: A month’s subscription to The Comic Club

A month’s subscription to The Comic Club 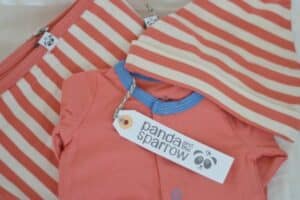 On the third day of Christmas, the toy fairy sent me…

This website uses cookies to improve your experience while you navigate through the website. Out of these, the cookies that are categorized as necessary are stored on your browser as they are essential for the working of basic functionalities of the website. We also use third-party cookies that help us analyze and understand how you use this website. These cookies will be stored in your browser only with your consent. You also have the option to opt-out of these cookies. But opting out of some of these cookies may affect your browsing experience.
Necessary Always Enabled
Necessary cookies are absolutely essential for the website to function properly. These cookies ensure basic functionalities and security features of the website, anonymously.
Functional
Functional cookies help to perform certain functionalities like sharing the content of the website on social media platforms, collect feedbacks, and other third-party features.
Performance
Performance cookies are used to understand and analyze the key performance indexes of the website which helps in delivering a better user experience for the visitors.
Analytics
Analytical cookies are used to understand how visitors interact with the website. These cookies help provide information on metrics the number of visitors, bounce rate, traffic source, etc.
Advertisement
Advertisement cookies are used to provide visitors with relevant ads and marketing campaigns. These cookies track visitors across websites and collect information to provide customized ads.
Others
Other uncategorized cookies are those that are being analyzed and have not been classified into a category as yet.
SAVE & ACCEPT
12 shares