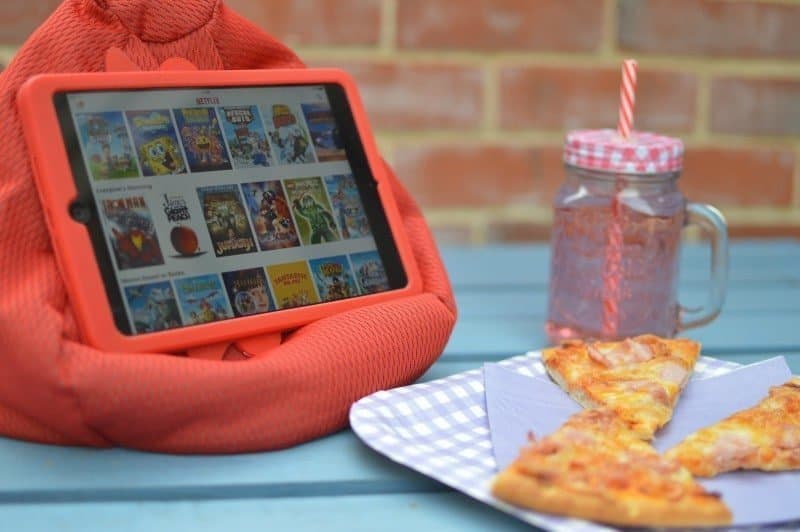 Best laid plans at the moment seem to be going awry. My hopes of starting the half term holidays with a pizza party and Netflix to help us all relax before our busy week ahead. Were pushed aside in favour of setting off on our adventures earlier than planned. I can’t complain as we had an amazing week away and made so many memories.

Although with us home in time to tackle the mountainous pile of washing and getting school stuff ready. I was determined to have a relaxing evening before we had to be up for the school run. This in itself didn’t quite go to plan either (are you sensing a theme?)

With a dash to the supermarket to grab milk, bread, and fresh supplies I picked up some pizza bases to make our own pizzas. I usually cheat and buy the ones that they create for you in the supermarket but still in the holiday mood I thought it would be fun to create our own. Armed with supplies I headed home ready to surprise the children with my grand plan. Except they were far too busy in the garden making the most of the half term sunshine. 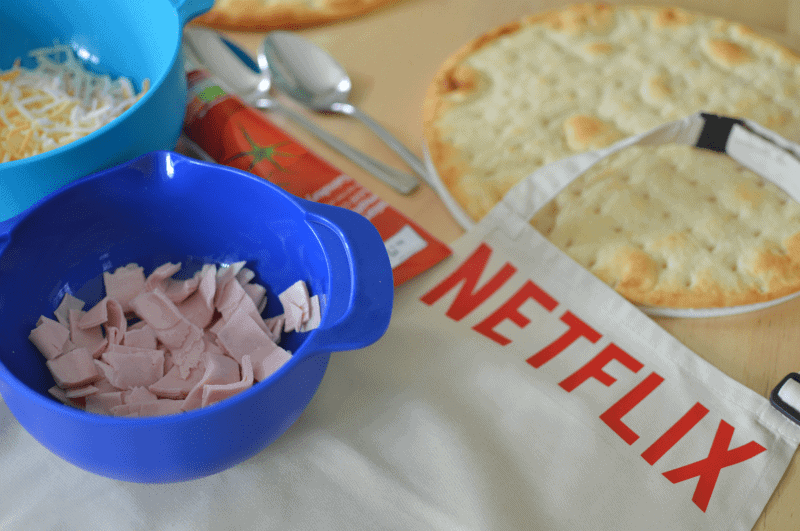 As I mentioned food they decided to venture indoors and were really quite happy to sit and make pizza. With Tigger making it clear that he was not going to eat his pizza and that he was creating a masterpiece for me to enjoy. He’s a fussy eater so I’d already planned to make him something different to the rest of us. With laughter and giggles, along with the ‘she’s got more cheese than me’ groans they created some delicious ham and cheese pizzas ready for our Netflix night. 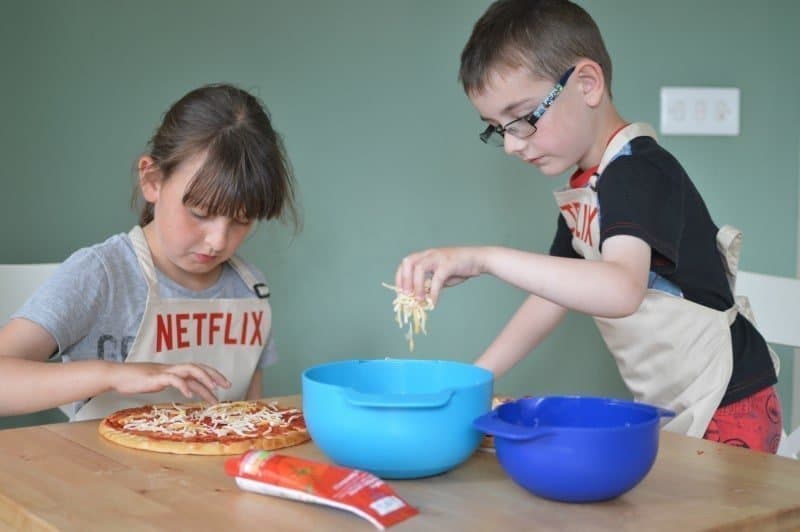 This is where my plan fell apart, they dashed back out into the garden to play whilst the pizzas were cooking. I decided to get the bean bags out and set up the front room (although Piglet was undoing my cinema style seating arrangements by dragging the bean bags around the room). With the beeps coming from the oven timer I shouted for the older two, to be met with – can we eat outside. I pitifully attempted to plea with them over watching Netflix indoors. With a compromise made that they would enjoy their food outside in the sunshine with Netflix on the iPad.

So not quite how I’d planned to spend our last evening before school but it was lovely watching them make pizza together. Then deciding upon what to watch on Netflix whilst laid upon the grass together.

How did you spend the last night of the half term holidays?