When it comes to technology I like to fool myself into thinking that I’m keeping up with what’s new etc. That was until I realised that my new smartphone (and when I say new, I’ve had it for well over a year) didn’t in fact come with a headphone port, Since when do phones not have a headphone port I ranted to Mr Boo. Who politely pointed out that it’s been quite a few years since smartphones had this feature removed. Nowadays Bluetooth earphones and headphones are the way forward.

Needless to say, I realised that I’m not as clued up as I thought (as well as thinking about how often I utilise headphones on my phone). Fortune struck as I received an email from Sudio offering me a pair of their earphones to solve my lack of a headphone port dilemma (or so I thought until Roo kidnapped them – more on that in a moment).

The name Sudio came to be when one of the founders spotted the musician Phil Collins in New York having problems with his headphones. With the frustration of not yet being able to offer any better alternative to Phil the words he could say were: ‘Trust me I know the feeling’, as they shared eye contact. The same ‘Sudio’ is a homage to the Phil Collins song Sussudio and the determination of succeeding with the venture rendered from the bittersweet anecdote.

How to use the Sudio Vasa Blå earphones

Where to buy the Sudio earphone collection

The Sudio earphone collection is available to purchase on the Sudio website, or via two London stores (ASOS and Selfridges). Available in a range of different styles and colours to suit almost every need and taste.

I’m pleased to share with you a Sudio 15% discount code: BooRooandTiggerToo

Now as I mentioned earlier, Sudio kindly offered me the chance to try out a pair of their earphones. Selecting the Sudio Vasa Blå in Rose Gold Black, they looked the right sizing for my needs, compatible with my Google Pixel 2 and as an added bonus I could still activate my Google Assistant as needed. They arrived looking all beautiful in the box (they would make a fabulous gift for birthday/Christmas) and then I left them on the side, which is when Roo spotted them.

Declaring that her earphones had given up on her and that she NEEDED a new pair. With a glint in her eye as she looked between me and my new Sudio Vasa Blå earphones. Like the sucker I am, I declared that we could share them. After all, I don’t use earphones all that much only when travelling on the train to meetings. So I handed them over to my tween. Who has had her mitts on them ever since but assures me that they are not only beautiful but pump out great sound. Given the amount of travelling she completes for school, not to mention wearing them at home to block out the rest of the family, she seems so happy with them. 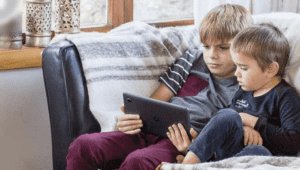 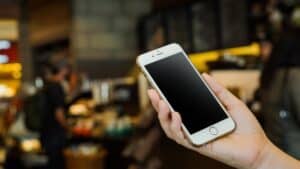 Five Ways to Save on Your Next Mobile Phone