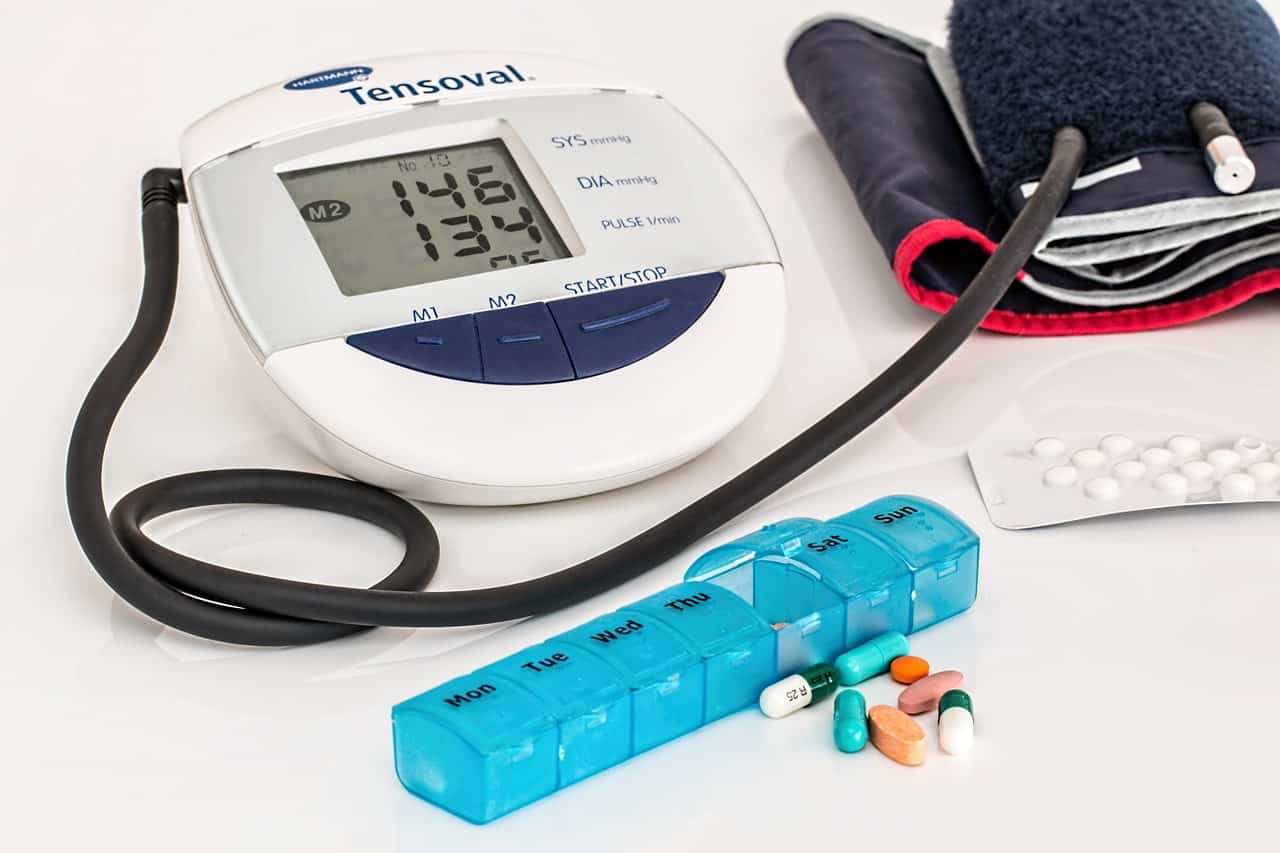 Most people know about the importance of a well-balanced and nutritious diet. However, the fact is, many people are still suffering from a poor diet, despite there being an abundance of food at the supermarket. Poor nutrition in the western world can be seen as a behavioral issue and can result in many ailments. It can affect us in the short term and make us stressed and hinder our ability to enjoy life as we normally would. Over time it can lead to more serious health conditions.

Everyone should look to create a healthy and balanced diet for themselves and their families. Otherwise, they may end up with a seriously debilitating condition.

Poor nutrition or malnutrition is the result of not consuming enough nutrients. This can be due to not eating enough of the right foods, not eating enough in general – such as having anorexia, eating too much, eating too much sugary, low fiber, fatty foods. An unhealthy relationship with food affects our nutrient intake and prevents the body from receiving the right energy (or kilojoules), as well as other vital nutrients such as proteins, carbohydrates, fiber, essential fatty acids, vitamins, minerals, and fluids.

Sometimes a lack of nutrition may be due to an illness that physically prevents the body from absorbing the nutrients from the right foods even if the patient is eating correctly, such as Crohn’s disease. But when nutritional problems have arisen as a result of the patient not eating enough, or eating the wrong foods, this is considered a behavioral problem. At this point, a change in diet may be all that is needed to reverse the associated illnesses. However, in some cases, such as anorexia or obesity, a more intensive phycological remedy is required.

Below we have highlighted a few of the issues a poor diet can lead to. To make you aware of how important it is to seek a well-balanced diet.

Poor nutrition and dehydration, i.e., not drinking enough water, are two of the leading causes of stress in the modern world. Often poor nutrition will lead to dehydration, and this can result in you not having enough energy to perform your everyday tasks. This very often leads to stress. It can also mean you suffer from other stresses such as job stress as a result. Additionally, the hunger hormone may create more cortisol in the body, which is the stress hormone.

This can cause people to consume sugary foods, which boosts you for a while then leads you to crash, meaning you once again feel tired and stressed. Stress-related malnutrition can result in you not sleeping properly, and over time it can affect pretty much every aspect of your life.

If you are feeling stressed, take an honest look at the food you are eating and whether or not you are drinking enough water. You may well be able to combat this form of stress by eating some warm oatmeal in the morning, for example, which actually boosts the happy chemical serotonin and reduces cortisol.

People who have a bad diet that is full of all the wrong sorts of foods, such as sugary drinks, fast food, cakes, etc., are prone to developing diabetes. This is due to a vast range of reasons. Firstly they become addicted to bad foods and tend to have a lot of them in their diet. Bad foods are nutritionally deficient, so the body, therefore, begins craving more nutrients sooner than it should. Then refuelling with the wrong food again creates a vicious circle. Additionally, the wrong nutrients are often simple carbohydrates.

Eating an abundance of these can result in a high spike of insulin which can result in weight gain. Over-eating and eating the wrong foods over a prolonged period of time can clearly lead to other health concerns, such as diabetes, etc.

Very often, overweight or obese people develop diabetes, which means that in some cases, poor nutrition can lead to diabetes. Diabetes may well be a common illness, but it is a harsh illness that has many complications. In some cases, it can cause the patient to require an amputation due to peripheral artery disease. So, it is not an easy illness. Many of us assume that it is, due to its prevalence.

Diabetes is where the body no longer turns food into energy properly. Insulin which aids the body in creating this energy is no longer released or is not released in sufficient quantity, and that causes diabetes. Eating a diet that is high in sugar and is rather fat-laden can lead to this chronic and dehabilitation condition. A lot of people who have the early stages of diabetes are unaware of the issue as they do not recognize the early symptoms and therefore do not get checked out.

It can also be caused by too much sugar and dairy products, like cheeses. Caffeine is another contributor, and so are refined foods. Refinement basically strips foods of their nutritional value and can mess up your digestion process.

High-fat diets lead to high cholesterol, which is one of the leading causes of heart disease. High cholesterol means you have too much of the fatty substance known as cholesterol in the blood, which leaves fatty deposits in the blood vessels. Unfortunately, high-fat diets are very common, and hundreds of thousands of people die every year in the U.S. due to heart disease. It is very likely that you know someone who has high cholesterol. Processed foods and Saturated fat is the worse kind of fat in this regard, so that means a lot of eggs, cheeses, ice cream, butter, and meat such as beef.

To prevent this, you should swap heavy, fatty meats to their lean counterparts, such as chicken or turkey. Seafood and fish are other healthier alternatives.

Strokes have a very bad reputation and are very scary. They happen as a result of plaque building up in a blood vessel, which eventually breaks free and becomes a clot that travels into the brain and causes a blockage, cutting off the blood supply to the brain. The result of which is known as a stroke.

Strokes can cause a lot of damage to the brain. It can result in a wide range of issues such as impaired functioning, lack of coordination, paralysis, constant fatigue, memory problem, among other things. Often a stroke can lead to death too. Unfortunately, a stroke is often the result of having poor nutrition over a fairly long period of time. Although every p[erons is different. Foods that can cause this are high in salt, the wrong fats, and cholesterol.

Gout is a very painful illness and is basically a form of arthritis. It causes severe and sudden joint pain. Something called uric acid builds up and results in the creation of crystals in the joints. The joins then become swollen and are very painful. Gout leads to permanent joint damage. Again a bad diet can contribute to or be the leading cause of gout.

If you have a diet that consists of too much fat and cholesterol, you may get gout. Other causes of gout include some seafood choices, like scallops, oysters, sardines, mussels, red meat, as well as poultry and pork. Also, a lot of dairy foods can cause the body to produce too much uric acid.

Pretty much everyone has heard of cancer, and the unfortunate truth is a lot of people will develop some form of cancer in their lives. The truth is a poor diet can contribute to the onset of several cancers. The most common forms of cancer that are, in part, a result of poor nutrition are bladder, breast, and colon cancer. If you have a history of cancer in the family, it may be even more vital you limit your consumption of refined sugars, nitrates, processed meats, and hydrogenated oils, which include foods such as hot dogs.

There is a clear link between poor diet and many preventable diseases and illnesses. Even stress, which may seem like the lesser of all the evils stated above can be very debilitating. The fact is, a lot of people require further education on the subject of food and indeed to develop better eating habits. It may be worth undertaking a Nutrition training program of study, where you can help people before they suffer any of the illnesses mentioned above. 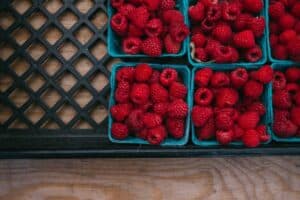 Ensuring your children stay active and healthy this summer 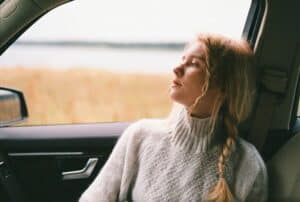 Feeling A Little Blah? Here Are Some Of The Health Causes 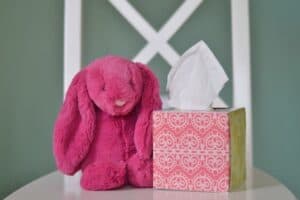 Winter Ailments: The road to recovery