As I woke up in the early hours of Monday morning with tightening’s I dismissed them as something I must have been dreaming about. So I turned over and attempted to go back to sleep, however a little while I realised that they were in fact tightening’s and that they were coming frequently and were getting painful. I decided to go and sit downstairs so not to disturb Mr Boo however after timing them on my contractions app I noted that there were coming every four minutes and lasting around a minute at a time.

A quick call to the local delivery suite to discuss whether I should come in or stay at home after explaining my previous births the midwife agreed that I should come in to be checked over. I went upstairs to wake Mr Boo and to tell him that I thought I was in labour and I needed to go to the hospital.

Now the funny thing you need to know here is that I went into labour with Tigger in the early hours following Roo’s fourth birthday party and we had been out the previous evening to celebrate Tigger’s fifth birthday so it did feel as though history was repeating itself.

We made a quick call to my in-laws to come and look after the children whilst we went to the hospital. Then Mr Boo packed the hospital bags into the car and we made our way over to the hospital. I was checked in quickly, placed on the CTG machine and had all my observations done. With an examination carried out by the midwife I was found to be 2cm dilated although baby’s head was still high up so didn’t feel I was in labour.

After being kept on the CTG machine for over an hour my contractions started to slow down so I was transferred to the ward to rest overnight and checked again in the morning. As it was outside of visiting time Mr Boo had to go home, which meant he was able to get the children ready and dispatched off to school without Nanny and Grandad having to worry about having all their bits together etc.

After managing to get around two hours sleep with only the occasional tightening I did feel much better. The midwife on duty decided not to examine me again as the tightening’s had stopped but repeated my CTG to check that Piglet was happy.

Mr Boo came back to see me after the school run and waited with me until the consultant came round to complete ward rounds. I was checked over one of the nicest doctors I’ve come across who reassured me and was happy that I could go to rest. With that I headed home and popped to bed for a few hours before the children came home from school.

I’ve not had any more niggles since I came home so at least for now Piglet is happy to stay where she is. 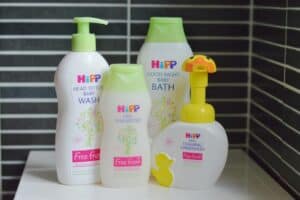