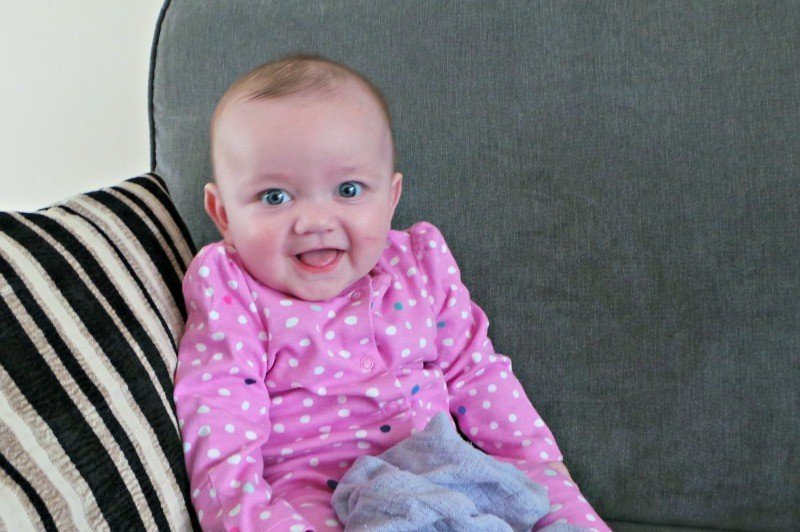 From the very first moment I laid eyes on Piglet I have always felt that she has been here before. She gazed around the operating theatre taking everything in, whilst I remember Roo and Tigger happily laying there sleeping in Mr Boo’s arms. Five months later I am even more convinced that she has been here before. Her middle name is from Mr Boo’s Nanny and I like to think that part of her spirit lives on in Piglet, she was such a character and I loved her as if she was my own Nanny.

The past month has seen Piglet’s personality blossom. She is a smiler and I only have to look at her and she gives me a big gummy grin. She had her third batch of injections at the beginning of the month and other than a little yelp she wasn’t phased at all. 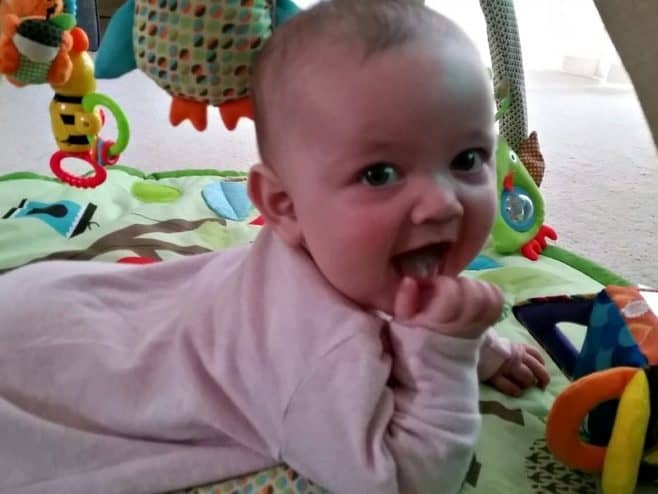 With Roo and Tigger happy to wait to crawl and walk until they were much bigger, I assumed that Piglet would be the same, however, I have a feeling that she is going to be on the move as soon as possible. She has started rolling over this past month and in the last week or so she has been trying to bring her knees up when she is having tummy time, although she tends to face plant her playmat when trying to do so but its only a matter of time.

Our recent house move doesn’t seem to have put her out of her routine too much and we’ve adapted it slightly to accommodate the new school hours. Piglet is still sleeping her Silver Cross crib, however, she is now in her own room which is nice to get her settled into her own space. It does feel strange, although Roo and Tigger moved into the nursery when they were around three months old.

We are preparing for our first family holiday next month so it will be interesting to see how Piglet gets on and whether she’ll enjoy her first swimming session. 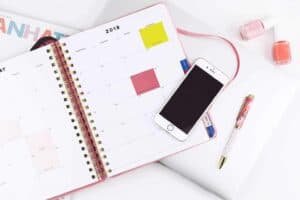 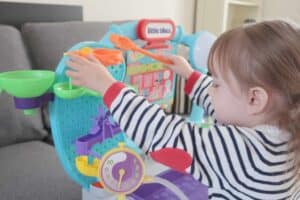