The Canterlot castle has heard the news – but have you? Deep in the Arctic north of Equestria, the Crystal Empire has reawakened! The dark curse has lifted and this magical empire has finally returned, but now that it has been restored, how long will Equestria have left to enjoy it?

Princess Celestia is worried that the Crystal Empire may fall victim to a curse once more, so she calls on Twilight Sparkle and her friends to help protect the empire.

Join Princess Celestia and Twilight Sparkle as they uncover a brand new kingdom when My Little Pony Friendship Is Magic: The Crystal Empire debuts on DVD and Digital Download on 18th January, available from Amazon and all other good entertainment retailers.

To celebrate the release of the My Little Pony Friendship Is Magic: The Crystal Empire DVD and Digital Download, Boo Roo and Tigger Too is lucky enough to have one copy of the DVD to giveaway. 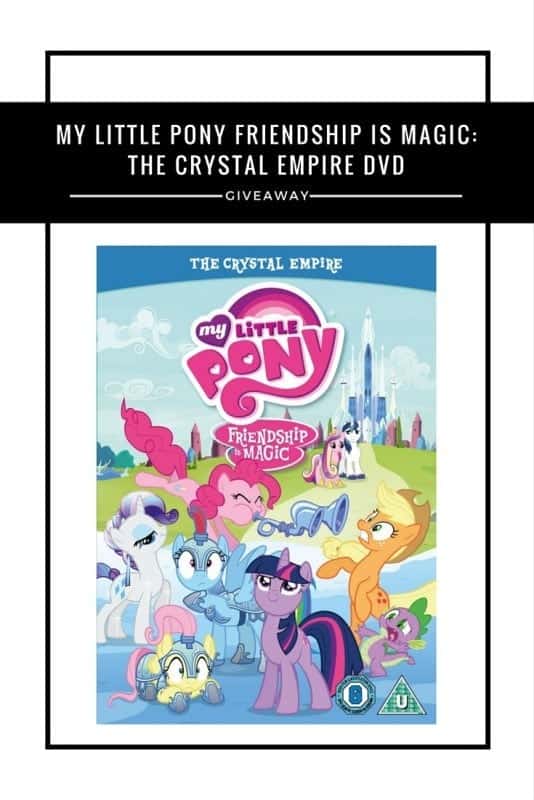 To enter simply leave me a comment telling me who is your favourite My Little Pony character, then complete the Gleam widget below:

My Little Pony Friendship Is Magic: The Crystal Empire DVD