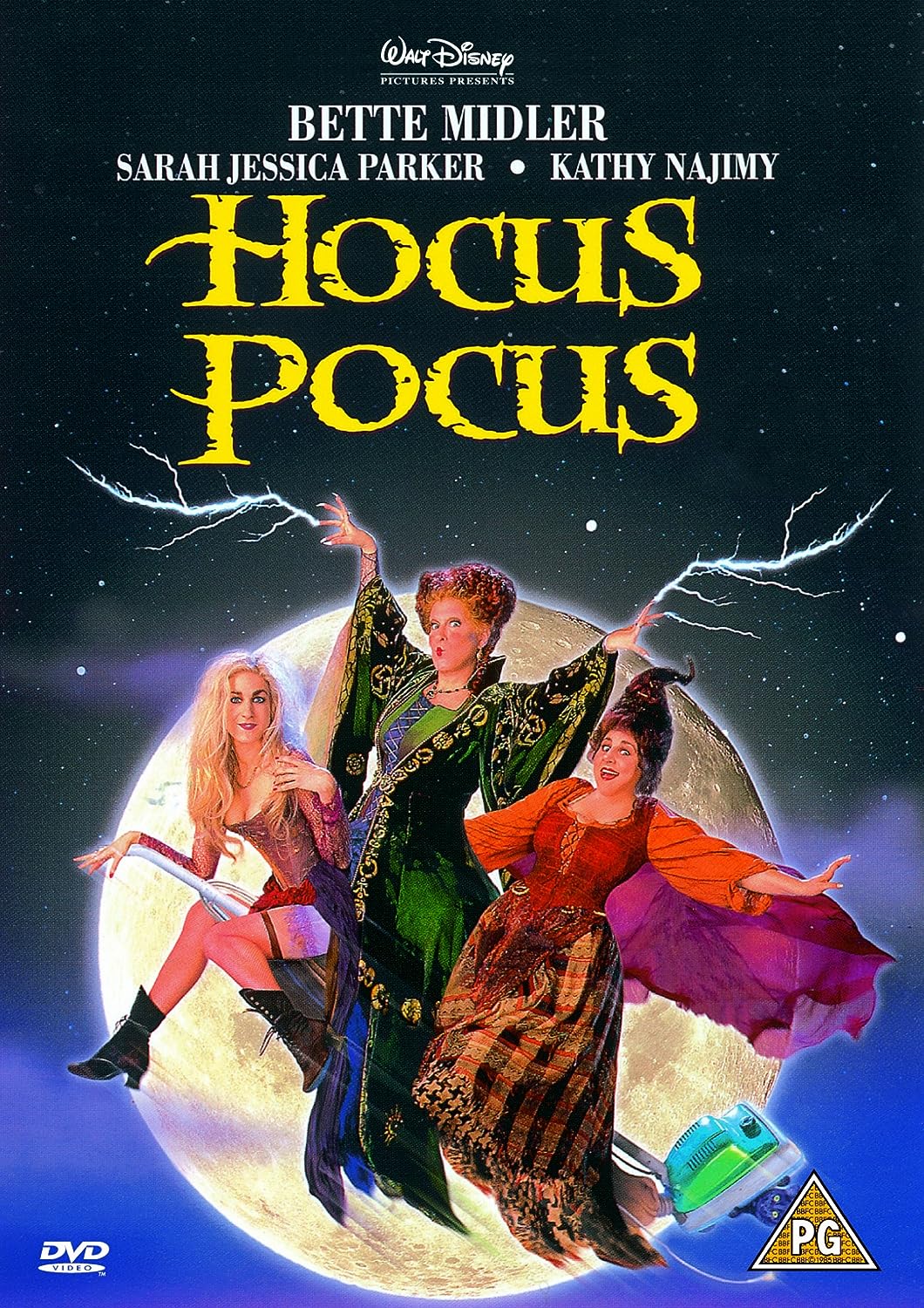 Hollywood superstar Bette Midler (Beaches) joins Sarah Jessica Parker (Honeymoon In Vegas) and Kathy Najimy (Sister Act) as three outlandishly wild witches who return from 17th century Salem for a night of zany fun and comic chaos. After they’re accidently conjured up by some unsuspecting pranksters, the tricky 30-year-old trio sets out to cast a spell on the town and reclaim their youth – but first they must outwit three feisty kids who are determined to foil their scheme. Loaded with bewitching laughs, Hocus Pocus is an outrageous comedy that’s sure to entertain everyone.

Maxi and Dani have just moved to the small town of Salem from Los Angeles, whilst Max is not keen on taking his little sister Trick or Treating his parents tell him he must do so. Whilst they are out collecting candy they visit a large, posh house which just happens to be Max’s crush, Allison’s home. Wanting to make him a believer of all things Halloween and the Salem witches they head off to visit the old Sanderson’s house museum. After lighting the black flame candle, Max has accidently released the Sanderson sisters who are on the look out for children to make themselves young and beautiful.

The trio then embark on a night attempting to shake off the Sanderson sisters and attempting to stop them from taking any children. My favourite part in the film is when Sarah Sanderson (Sarah Jessica Parker, before her Sex in the City days) sings the ‘Come Little Children’ song. I can remember singing along to this when I was younger and it’s funny to watch Roo and Tigger now singing along to it.