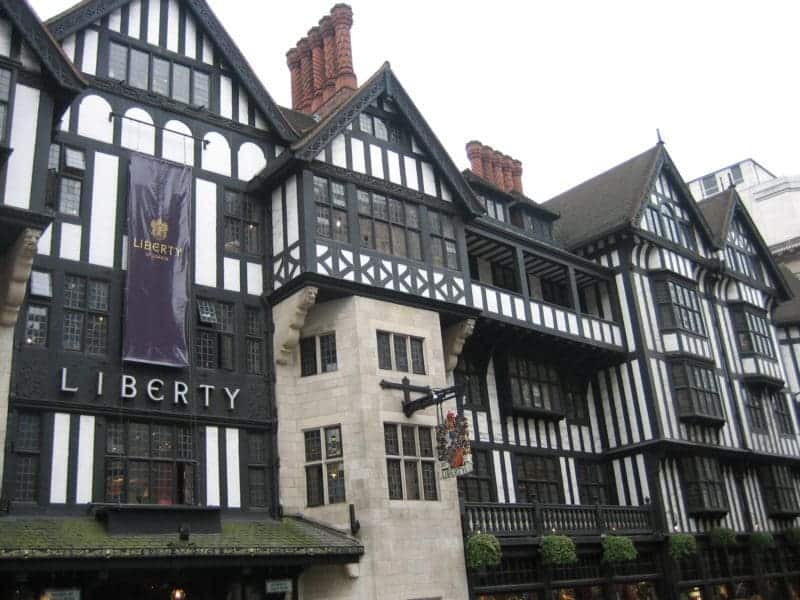 In 1875 Arthur Lasenby Liberty opened the origins of the Liberty department store in Regent Street. His exquisite collection of fabrics has evolved under the ethos of providing London with an intoxicating collection of homeware and fashion.

Liberty, according to none other than Oscar Wilde was “the chosen resort of the artistic shopper.” His view is upheld today and is reflected by the continuing success of the luxury store. The iconic Liberty store has a reputation for the finest in fashion, inspirational design and customer service excellence. As well as a showcase for designer clothing, high-end oriental homeware, luxe beauty products and accessories, the store continues to offer exceptional quality fabrics with unique prints.

The origins of the store

In 1875 Arthur Liberty borrowed £2,000 from his father-in-law to open the original Liberty store. It stood in half of the building at 218a Regent Street and began with just three dedicated staff. Liberty’s vision was to bring Japan and the East to his collections of homeware and fashion. A mark of Liberty’s success, within 18 months Arthur Liberty had repaid the loan to his father-in-law. He then took on the second half of the property at 218a Regent Street. London was intoxicated by his collection.

The Liberty brand continued to grow, and expansion in the early 1920s was a natural next step. The magnificent mock-Tudor building Liberty resides in today was built in 1924. The store was constructed using timbers from two ships. It remains an iconic statement of the brand that resides inside.

Arthur Liberty started his life in Chesham, Buckinghamshire. As the son of a Draper, he found himself working with fabric at the age of 16. Initially, he worked with an uncle who sold lace, but he later became an apprentice to a draper. In the early 1860s, Arthur Liberty rose up the ranks in the women’s fashion business, working for Farmer and Rogers (a shawl and cloak emporium). After his employer refused to make him a partner, he set up his own store in 1875. His vision – to sell ornaments, fabrics and miscellaneous Objets d’art from the Far East.

By 1884, Arthur Liberty was working with Edward William Godwin, founder of the Costume Society. He wanted to challenge the Paris fashion designers and he did just that. Liberty forged strong relationships with British designers and in the 1890s developed a fundamentally different style associated with the Art Nouveau Movement.

Arthur Lasenby Liberty married twice in his lifetime (he divorced his first wife in 1869 on the grounds of her adultery). He died on 11th May 1917.

In the early days, oriental fabrics with beautiful designs were imported from the Far East. As demand for the beautiful and luxurious fabrics grew, Liberty took the decision to import undyed fabrics and have them handprinted in England. Sticking to oriental-style prints, the growth of the Liberty British brand fabric began to unfold.

It was in the 1920s that the Liberty prints we are familiar with today came into being. Miniature florals, paisleys and abstract prints became known as signature ‘liberty prints.’ The famous Tana Lawn cotton is by far the most popular fabric.

Tana Lawn cotton takes its name from Lake Tana in Africa where the original cotton came from. The fabrics come in a huge variety of prints and colours, which are finished without the use of crease-resisting chemicals, or allergens. The luxury, fine cotton fabrics are the go-to choice for any fashion masterpiece.

Liberty’s furnishing fabrics showcase old prints with the new. The print designs draw on eclectic sources from Greek mythology to antique doll houses and Frances Hodgson Burnett’s novel, The Secret Garden. The classic and contemporary designs come in a range of quality linens, cotton, and velvets. No Country House is complete without curtains or upholstery in the luxurious Liberty brand fabric.

Liberty continues in its tradition for fashionable, eclectic designs. As well as the infamous Tana Lawn Cotton, Liberty’s fabric department offers a whole range of other fabrics from luxury silks, supple fleece, and jersey to premium quality cotton and velvet furnishing fabrics.

Liberty has a fine reputation and offers one of the UK’s best-loved, luxury collection of fabrics. Luxurious Liberty fabrics for dressmaking and home interiors alike provide brilliant canvases for a whole range of bespoke projects. There’s something for everyone in Liberty’s fabric department, with both traditional, contemporary and classic vintage designs.

Liberty is now owned by the private equity firm, BlueGem, who bought the retail business for £32 million in 2010. After years of losing money and a lack of investment, BlueGem has focused on boosting Liberty’s luxury own brands, including its ubiquitous floral prints.

This is a featured post from Liam Houghton. Liam Houghton is a textile specialist, an interior design junkie, and an independent writer who works with Artichoke Ltd. A luxury, bespoke joinery designer specialising in private UK homes. 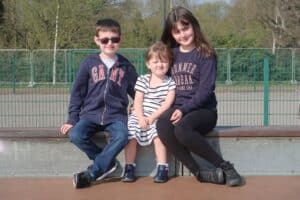 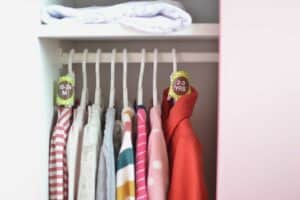 Nutmeg – Pack in more this summer