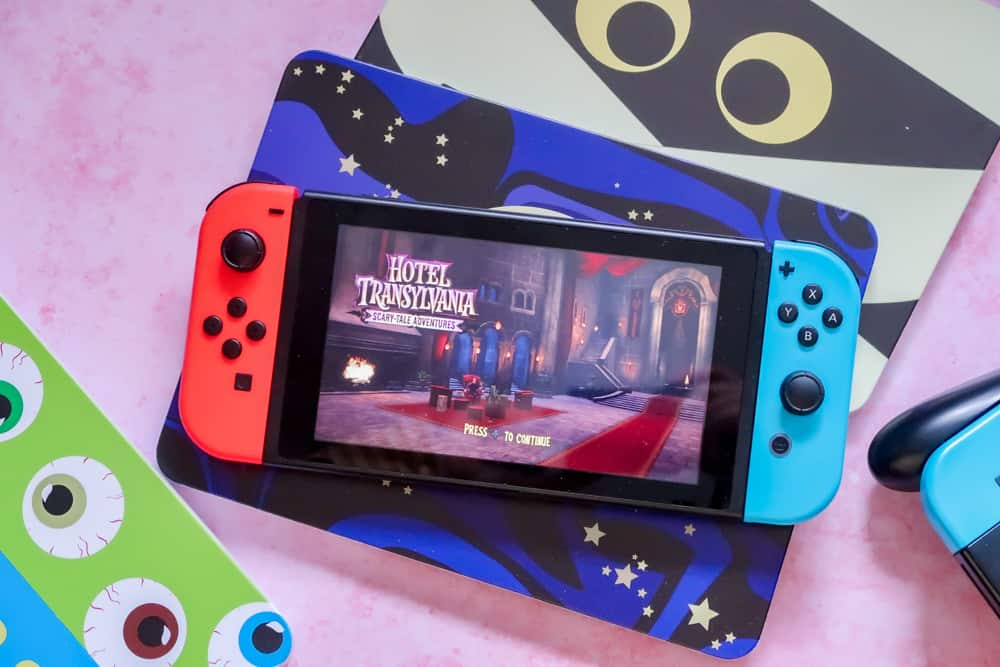 Take control of Drac and Mavis and play through unique worlds with their own spooky spin, including Little Red Riding Hood, The Emperor’s New Clothes and Ali Baba and the Forty Thieves.

Faced with fearsome foes and fiendish puzzles, you must brave your way through and utilize your special abilities to dash, glide and jump through these spook-tacular storybook worlds. You’ll even get to meet iconic HOTEL TRANSYLVANIA characters like Johnny, Murray, Wayne and more, who’ll guide you to complete exciting quests and solve devious challenges, along with a coffin-full of collectables for you to discover.

With so much at stake, Drac and Mavis are Count-ing on you to save the day!

Where can you buy Hotel Transylvania: Scary Tale Adventures?

Hotel Transylvania: Scary Tale Adventures is available to buy from Amazon and all other good entertainment retailers on the Nintendo Switch, Playstation 4 and Xbox One.

It’s time to spend some time with the Hotel Transylvania family! The children have loved the films and were excited to be able to play the new Hotel Transylvania: Scary Tale Adventures video game. The game features Drac reading stories to Dennis and Winnie, with the children able to play as either Mavis or Drac. Each level has them joining familar charcters from the movies to undertake quests. A fun game for the children to chat and interact with each other as they look around for how to complete the missions and defeat the ‘bad guys’.

When Dark Titan kidnaps Ryan’s friends, Ryan must team up with his superhero squad and travel across a range of worlds to rescue them. Play as favourites from the Ryan’s World YouTube franchise and traverse across four exciting slime-filled planets, collect as many sun coins and Ryan’s surprise eggs as you can, and defeat a villainous crew of bosses. 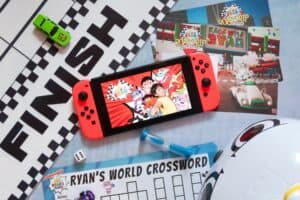