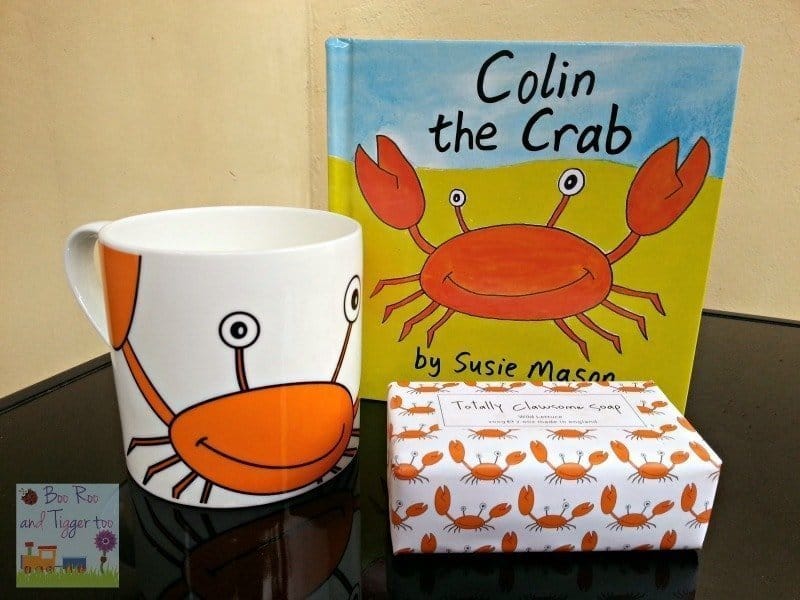 Living in Norfolk I count myself lucky in that I live just a stones throw away from the beach. The Norfolk area boasts many fabulous places to visit, things to do and some amazing businesses. One of these Norfolk born and based business is Gone Crabbing, a company who offer a range of gifts, clothing and books based around Colin the Crab.

Family business GONE CRABBING was launched in 2008 by Susie Mason. Inspired by both her home county of Norfolk and the beauty of the entire British coast, she has created a humorous and imaginative range of gifts and clothing, which embraces all things “beachy”.

Susie chose the famous Cromer crab for her logo and GONE CRABBING‘s cheeky little crustacean, Colin, is now featured across Susie’s distinctive product range alongside his motley collection of friends, which include Steve the Seagull and Shawn the Prawn.

People have been asking for a book about Colin since the early days and news of Colin the Crab’s pop-up book has already been greeted with excitement.

Early last week we received a special parcel from Gone Crabbing that only included their new Colin the Crab’s pop-up book but a GONE CRABBING Big Crab Mug and Totally Clawsome Soap.

Life goes swimmingly for the three friends living happily in their remote rock pool. Then, one summer’s day, Sally and Mike are swept up into a bucket by a couple of children who are exploring the beach. After a bit of a lie down to recover from the shock, Colin is just about to set off to find his friends when, miraculously, they’re returned to their home at the end of the day. 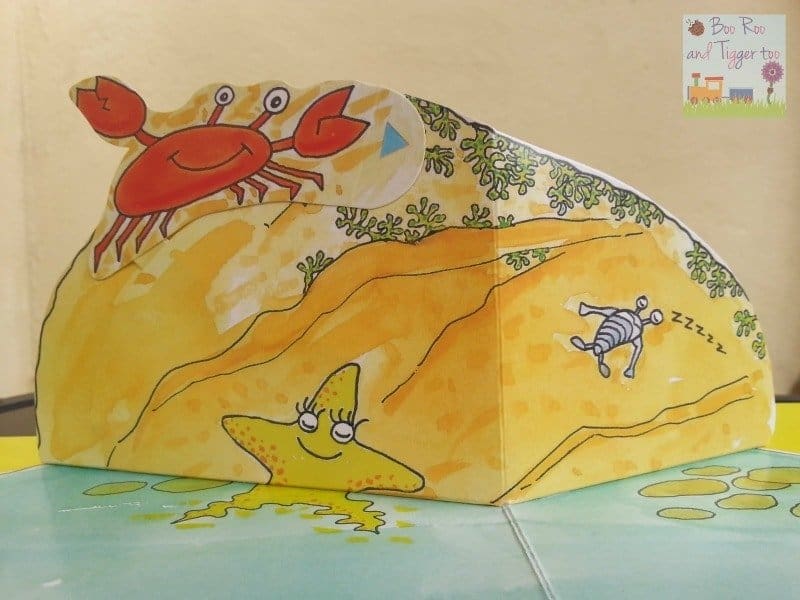 Throughout the book each page engages the reader in a new way with pop up illustrations, flaps to lift up and tabs to be pulled, all of which bring the story to life.

With more text to the story than you would necessarily expect from a pop-up book it is something that you will need to read to your little ones or maybe recruit an older sibling. 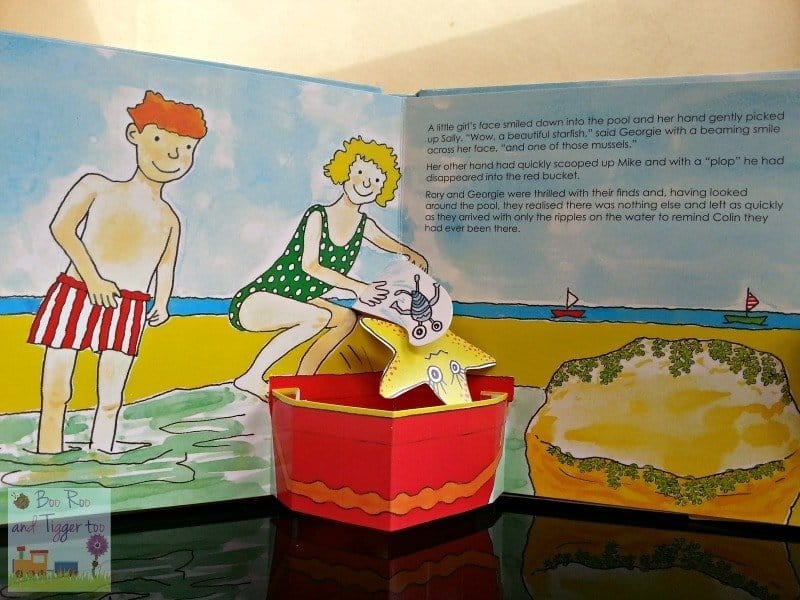 About the Illustrator Robert Crowther

Susie has teamed up with renowned illustrator Robert Crowther who designed his first pop-up book, The Most Amazing Hide-and-Seek Alphabet Book, whilst a graphic design student at the Royal College of Art. It took almost five years to find a publisher but it first appeared in 1978 and is still in print today.

After art college, Robert worked as a freelance designer for Madame Tussaud’s, The London Planetarium, Warwick Castle, Wookey Hole Caves and Chessington Zoo. Another college project, a biscuit self-portrait in low relief, led to TV appearances on the Generation Game, Madabout and No.73.

Robert has now published over 35 books, including most recently a transport series for Walker Books – Trains, Flight, Ships, Cars and Amazing Pop-up Big Machines. His latest book is Pop-up World of Animals, each spread of which features extreme habitats. Robert frequently visits schools and libraries up and down the country to take pop-up workshops for children of all ages.

When I first heard about the Colin the Crab’s pop-up book I did imagine it being a traditional pop up book, with a little story and cute pop up illustrations. The Gone Crabbing book I feel offers so much more, the story is longer than you would expect from a pop-up book and offers children a value lesson about beach conservation.

Priced at just £7.99 and available from Gone Crabbing, I think it would be a great book to read to your little ones ahead of a trip to the seaside, plus imagine the fun they can have trying to spot Colin the Crab on the beach.

Disclosure: We received a Gone Crabbing hamper with Colin the Crab’s pop-up book, mug and soap FOC for the purpose of review. 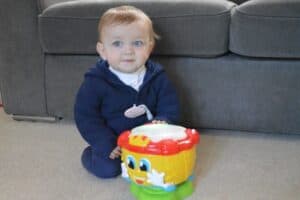 Say It With Bears {Review}