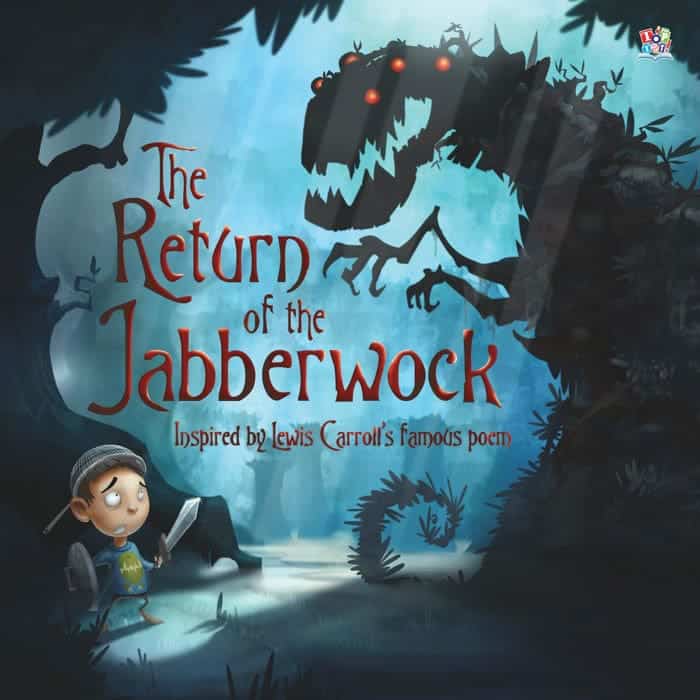 A brave boy sets off on an adventure to find the Jabberwock,
just like his great grandfather before him.

But what creatures will he encounter in mysterious Tulgey Wood?

The story begins with a father telling his son about how his Great Grandfather defeated the Jabberwock beast. After hearing this the little boy decides that he too will find and his own Jabberwock. Grabbing his sword and helmet he heads off into Tulgey Wood.

[box] ‘Beware the Jabberwock! With jaws that bite and claws that catch!
Beware the Jubjub bird and the ferocious Bandersnatch!'[/box]

Along his journey he comes across a number of different Jabberwocks who turn out to be something quite different. But just when he thinks all hope is lost he comes across one final shadow, but what could it be? (Well that would be telling you better read the story for yourself). 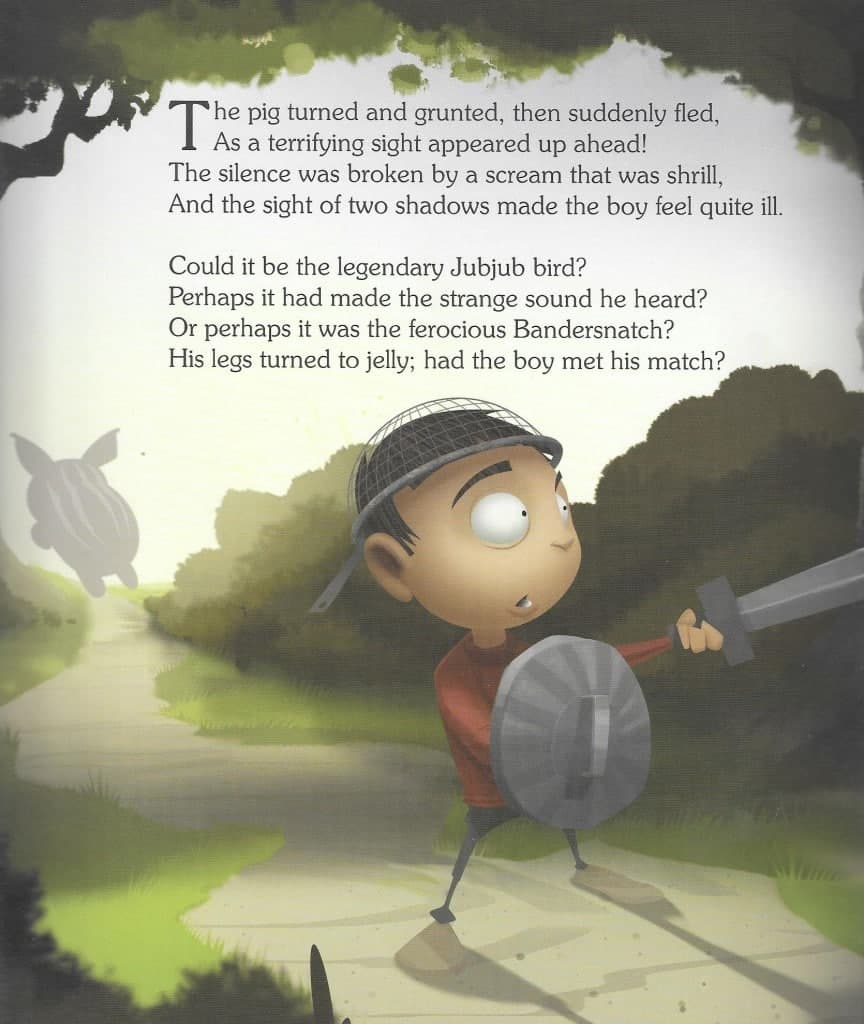 The story was nice and easy for both Roo and Tigger to follow, I really had a bit of fun with the shadows asking them whether they thought that it could be the Jabberwock, Jubjub bird or a Bandersnatch.

A modern day twist on a classic poem that allows children to think that they too could head off into a wood and search for their own Jabberwock.

Personally I love that on the final page of the book there is a section called ‘Making sense of nonsense‘. This enables both parents and children understand the different creatures mentioned in both the book and Lewis Carroll’s poem.

With a £5.99 RRP I was actually quite surprised as I thought it would have been about the the £7.99 price point. If your little ones are a fan of Alice in Wonderland, especially after watching the Tim Burton adaptation on DVD then this is certainly a book to add to their bookshelf.

Available direct from Top That Publishing, Amazon and all other good book retailers.

Disclosure: We received a copy of The Return of the Jabberwock FOC for the purpose of review.

Three Mobile – Pay As You Go, who says you need a contract?