When we found out that we were expecting Piglet on Easter Sunday part of me was surprised by the news yet there was a part of me that was kicking myself for not realising sooner. When I sat and thought about it there had been a few signs over a couple of weeks beforehand, for example, one Sunday I had been cooking a chicken in the slow cooker and whilst it was cooking I felt physically sick by the smell of it cooking – needless to say I didn’t fancy eating it once it was ready.

Having already been through the early days of pregnancy with Roo and Tigger I was prepared for the feeling a little off colour with a side of exhaustion. What I wasn’t expecting was full on the feeling of a constant hangover for the majority of my first trimester.

I can’t sugar coat just how bad I felt. At times it was like I’d been run over by a bus. The all-day feeling of nausea which at times I was wishing that I could actually vomit in the hope that I would feel slightly better. The constant headache mixes with a month-long sinus infection really made the pretending I was fine a complete nightmare. Add in the exhaustion that just seemed to hit me from nowhere has really sidelined me.

Mr Boo bless him has really been my rock and tried his best to understand my changing need for sleep, foods and time alone. Roo and Tigger have allowed me to rest on the sofa whilst they played together or watched movies. They have endured quiet days at home when we would usually be out and about.

We had a scare at 11 weeks when I woke to find some spotty but thanks to our wonderful family GP I had an early scan which showed all was OK. We did, however, wait until we had our dating scan before we told family and friends including Roo and Tigger. Despite the fact that I have obviously looked pregnant for a few weeks nobody said anything to my face and probably just thought I was piling on the pounds.

Now I’ve entered my second trimester I’m pleased to report that I’m feeling much better and that the sickness has subsided. 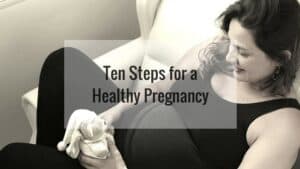 Ten Steps for a Healthy Pregnancy 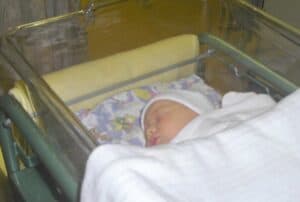