I think that all children go through the ‘I want to be a doctor‘ stage, for Roo she is still very much keen on the idea of growing up and being a doctor so that she can work on my hospital ward. Whilst Tigger may not want to be a doctor is very happy to sit and play patient or wrap his toys up in bandages.

Disney Junior have inspired many children to aspire to being a real life doctor or vet with the thanks of Doc McStuffins.  Doc McStuffins fixes broken toys in her backyard playhouse clinic with the help of her friends Hallie, Lambie, Chilly, and Stuffy (The new episodes are available on Disney Junior at 4.55pm weekdays throughout October).

Flair have a wide range of Doc McStuffins toys to keep any mini Doc happy, they recently sent us the Doc McStuffins Carry Along Clinic Playset to see what Roo and Tigger made of it…

A Carry Along Clinic with everything you need to take care Lambie and your toys! 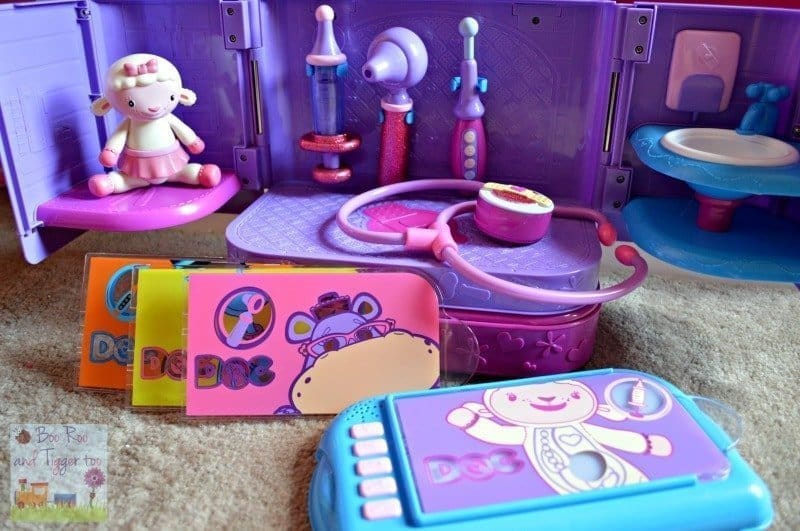 This large carry case opens up to reveal Doc’s Clinic inside, with medical instruments, sink, x-ray viewer, drawer and Lambie. The lock and catch on the carry case is a little difficult to open and close for little hands which could hamper their ability to play with it independently.

Alongside the familiar medical instruments there is also a removal interactive panel. 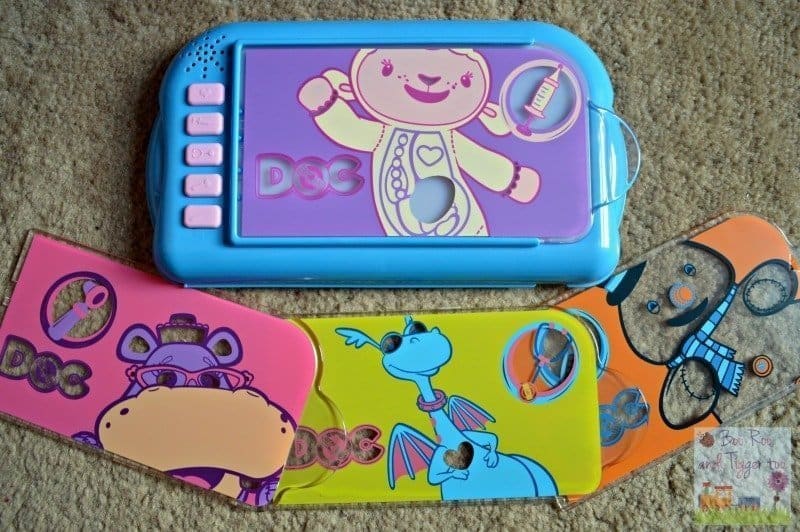 The panel is a little difficult to remove from the lid of the carry case, however can still be played with whilst it is in the lid. The panel requires 2x AA batteries (included) and as it is a little weighty it can cause the carry case to lean backwards and possibly fall over if the clinic doors are open too wide.

Upon first glance of the Doc McStuffins Carry Along Clinic Playset I was surprised by just how large the set was, it was great to see that it had been packaged in a way that you could see inside the carry along case. As soon as Roo and Tigger saw the playset they were eager for me to get it opened and out to play, thankfully this was relatively straightforward with no silly screws or ties within the packaging.

The medical instruments included within the clinic are the same ones that you get within the Doc McStuffins Doctor’s Bag, so this could be seen as a disadvantage, however if you have more than one child this a big bonus as there is less fighting over who gets to play with which instrument.

Roo and Tigger both really enjoyed playing with the set and have happily played with it for hours, we added in an old first aid kit that I had which enabled them to add bandages and plasters onto their stuffed toys as the instruments are only so much fun. Personally I would love to see a couple of plaster sheets and medical accessories added to the case.

Available from Amazon, Flair and all other good toy retailers with a £59.99 RRP which I think is a little expensive, however both Roo and Tigger enjoyed playing with the set so it depends on what value you put on an entertaining toy.

Take a look at what other people thought of the Doc Mcstuffins Carry Along Clinic Playset:

Disclosure: We received a Doc McStuffins Carry Along Clinic Playset FOC for the purpose of review. 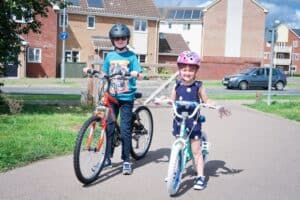 Back in the saddle – ready for an incredible summer outside 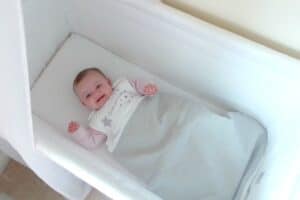