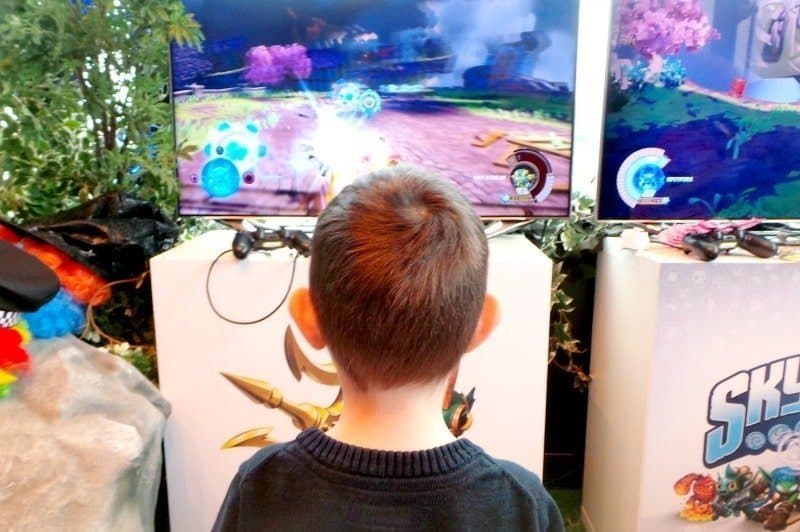 Skylanders has been part of our lives since it was first released back in 2011. Mr. Boo was lucky enough to see the launch of the game at a work conference and loved how interactive the game was.

Over the years we have introduced the subsequent games and have used the characters as rewards for good behaviour, school awards etc. We’ve managed to build up a good collection although we still need a number of traps from Skylanders Trap Team including Kaos (we’ll find him one day).

During half term, Roo, Tigger and I were invited down to London for a very special Skylanders event. Being the mean mummy that I am I didn’t tell them until we arrived, and boy you should have seen their faces. Tigger walked in to find Stealth Elf standing there and immediately wanted a photo (bless him).

As we walked into the event room it was like walking into a Skylanders filled dream. The children didn’t know where to look and what to do first. With a host of activities and treats to choose from, they were so excited. Before we were let loose on the activities the children were invited to sit down on the carpet for an extra special presentation.

Skylanders Imaginators introduces Skylanders Senseis, all-new heroes who represent 10 powerful Battle Classes such as Knight, Sorcerer, Bowslinger, Brawler, and more. Skylanders Sensei’s help train created Imaginators by offering a range of benefits including unlocking super-cool Imaginator weapons, providing access to special areas in the game, as well as bestowing Secret Techniques across the Battle Classes. Sensei’s also have their own unique benefits including the extraordinary ability to unleash Sky-Chi – the ultimate Battle Class super move. There is a total of 31 Senseis, which include some fan-favourite villains who have been reformed and now fight for good!

The Skylanders Imaginators game has been created followed the number of pictures the creators received from children designing their own Skylanders. The game allows children (and adults) to create their very own Skylander. Choosing from a whole host of options from head, body and feet type, to height, size and colour to name but a few. Obviously, the children opted for a banana headed Skylander which caused lots of giggling from the carpet.

The Skylanders Imaginators game will be available on 14th October and is available to pre-order now from Amazon and all other good entertainment retailers.

Once the presentation was over the children headed off to enjoy the various activities. With Tigger making a beeline to play Skylanders Superchargers.

Roo, on the other hand, wanted to check out the ice cream station and amazing sweet treats display, it was like Willy Wonka’s chocolate factory! With a cartoonist creating pictures of the children on their favourite Skylanders body, Skylanders t-shirts to be designed and Skylanders Battlecast to be mastered it was an eventful time.

As we headed home the children received a goody bag with new Skylanders Superchargers, Skylanders Battlecast cards and magazine they were shattered from all the fun but had huge smiles on their faces.

Thank you Skylanders for inviting us, we had an amazing time and can’t wait for the release of the new Skylanders Imaginators game in October!

Disclosure: We were invited to attend the event FOC for the purpose of review
but as you all know we love Skylanders! 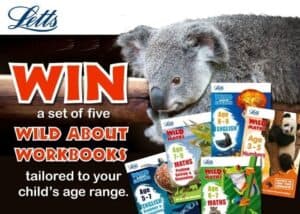 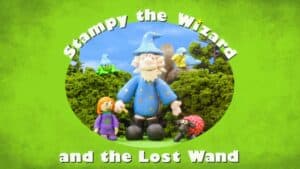 Stampy the Wizard and the Lost Wand