As I went to pick Tigger up from pre-school today Miss E was on the door and said to ask Tigger what he had eaten today. As I collected him from his classroom and popped on his coat I asked him what he eaten at pre-school – ‘crumbs’ he replied. Not sure whether they had made crumbs for something or he’d got the name wrong I said that we’d ask Miss E on the way out.

‘what did you spread butter on to?’

‘you told me that Roo really likes to eat them’

I looked up at Miss E, ‘he ate crumpets? really?’ with a surprised look upon my face. ‘A whole one!’ she replied.

‘Can we have crumpets for lunch’ Tigger asked, I explained that I didn’t have any but we could go to the shops and buy some if he wanted – with that he grabbed my hand and shouted ‘let’s go buy crumpets!‘.

Not wanting to dampen his enthusiasm we headed straight for the supermarket to buy crumpets. Whilst we were there I asked about getting some other things, maybe some bananas or hot cross buns… ‘no, just the crumpets mummy!’ he replied.

We headed home and will shoes and coats taken off he grabbed his step stool and waited for me to get the butter and things ready. Letting him pop the crumpet in the toaster, waiting for it to pop (which apparently took forever!), letting him butter it before I cut it up as requested into four pieces. 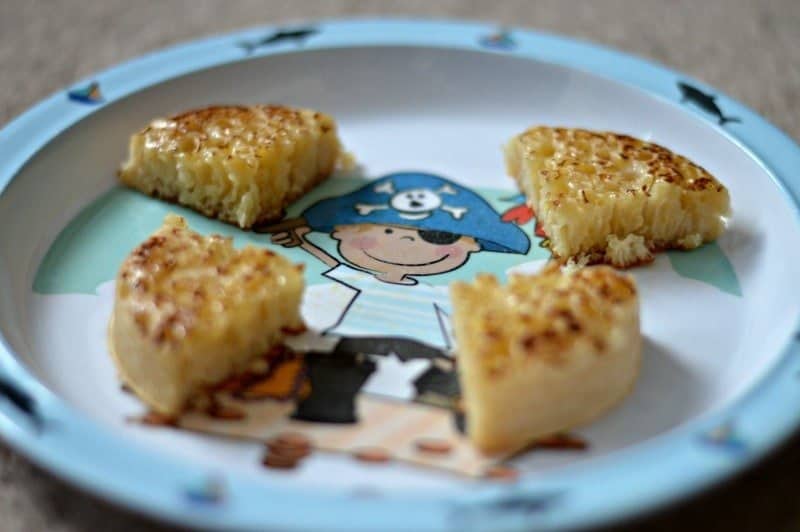 He headed off to the table to eat his crumpet, all I could do was sit and watch in amazement that he was eating a crumpet. Once finished he asked for another one so we repeated the process once again, and then again – Devouring three crumpets, smoothed in butter.