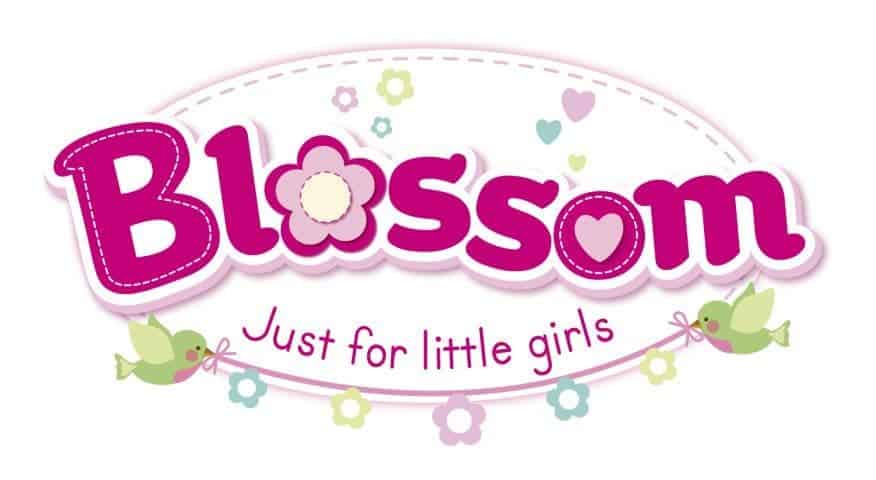 Introducing Blossom Magazine a new magazine just for little girls, aimed at 4-7 year olds, it is a girls’ magazine with a difference. Blossom magazine features four characters – Lily, Rose, Daisy and Violet alongside popular children’s book, TV and toy characters, who guide the young girls through the magazine.

Blossom shows girls how to shine at activities from ballet to bug spotting and French to football. The engaging magazine features support from all seven areas of the Early Years Curriculum. It also introduces girls to careers that they may aspire to, such as doctors, vets, pilots or architects, encouraging them to ‘think beyond the pink!‘

The magazine is priced at £2.75 and is available from all major supermarkets and independent stores around the UK. 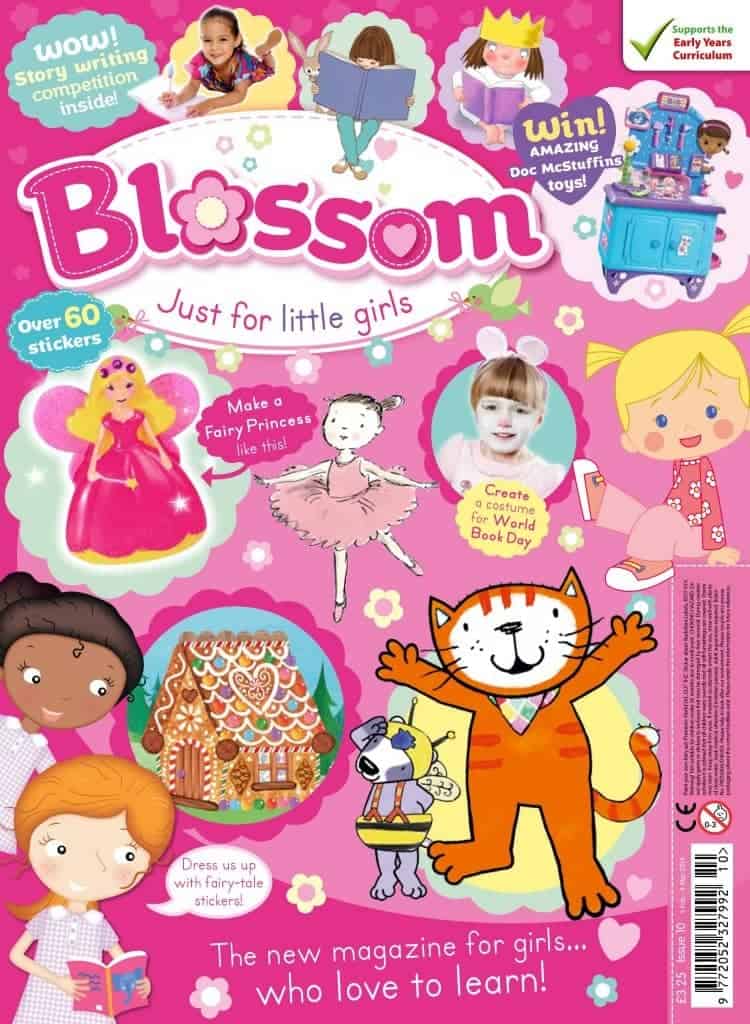 Whilst Roo is at the top end of Blossom Magazines target age group I wondered whether she would enjoy it as much as she would have done being a year or two younger. Flicking through the magazine before handed it over to Roo my concerns were soon dashed as it was filled with a variety of different activities and stories that I knew would capture Roo’s imagination.

The February magazine comes complete with a paint your own Fairy Princess, which includes a plastic princess, paints, gems and even some fairy dust (I want the fairy dust!)

Handed the magazine over to Roo she immediately asked if she could complete the painting activity, but as we had just walked through the door after the school run I managed to persuade her that maybe we could do that over the weekend. Watching her jump on the sofa turning each page with excitement and eagerness to see what else was included within the magazine. 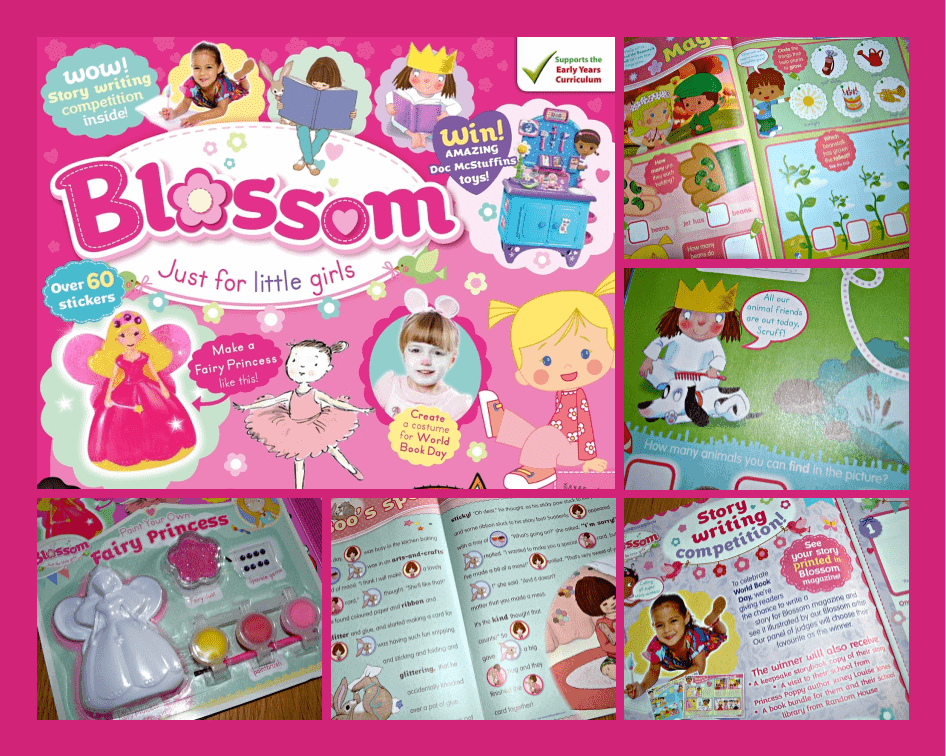 With another wet weekend we haven’t been able to get out and about, however Roo has been too busy with her new Blossom Magazine to care, from painting her fairy princess, completing puzzles, creating fabulous scenes with stickers, reading stories and gaining ideas to enter the World Book Day competition included within the magazine.

Blossom Magazine, the magazine for little girls who love to learn, has just launched a story-writing competition in association with World Book Day to inspire children to put pencil to paper and write an imaginative story for the magazine.

The entries should be a maximum of 500 words and feature the four Blossom Girls characters – Lily, Rose, Daisy and Violet – who appear in each issue of the magazine. The winning entry will be judged by a panel of industry experts fro its imagination and creativity.

The competition is open from 5th February to 8th March 2014, full details can be found in Blossom Magazine issue 10 (on sale 5th Feb). 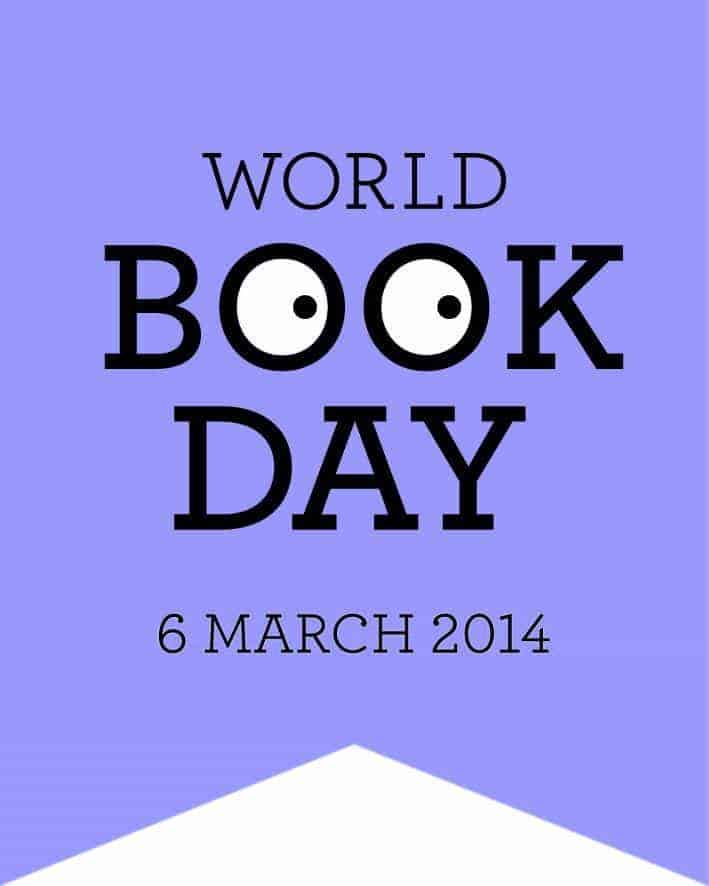 Disclosure: We were invited to a special Blossom event however were unable to attend, we also received a copy of Blossom Magazine FOC for the purpose of review. 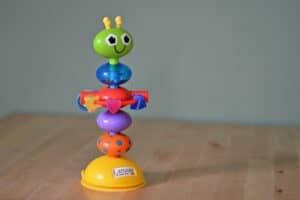