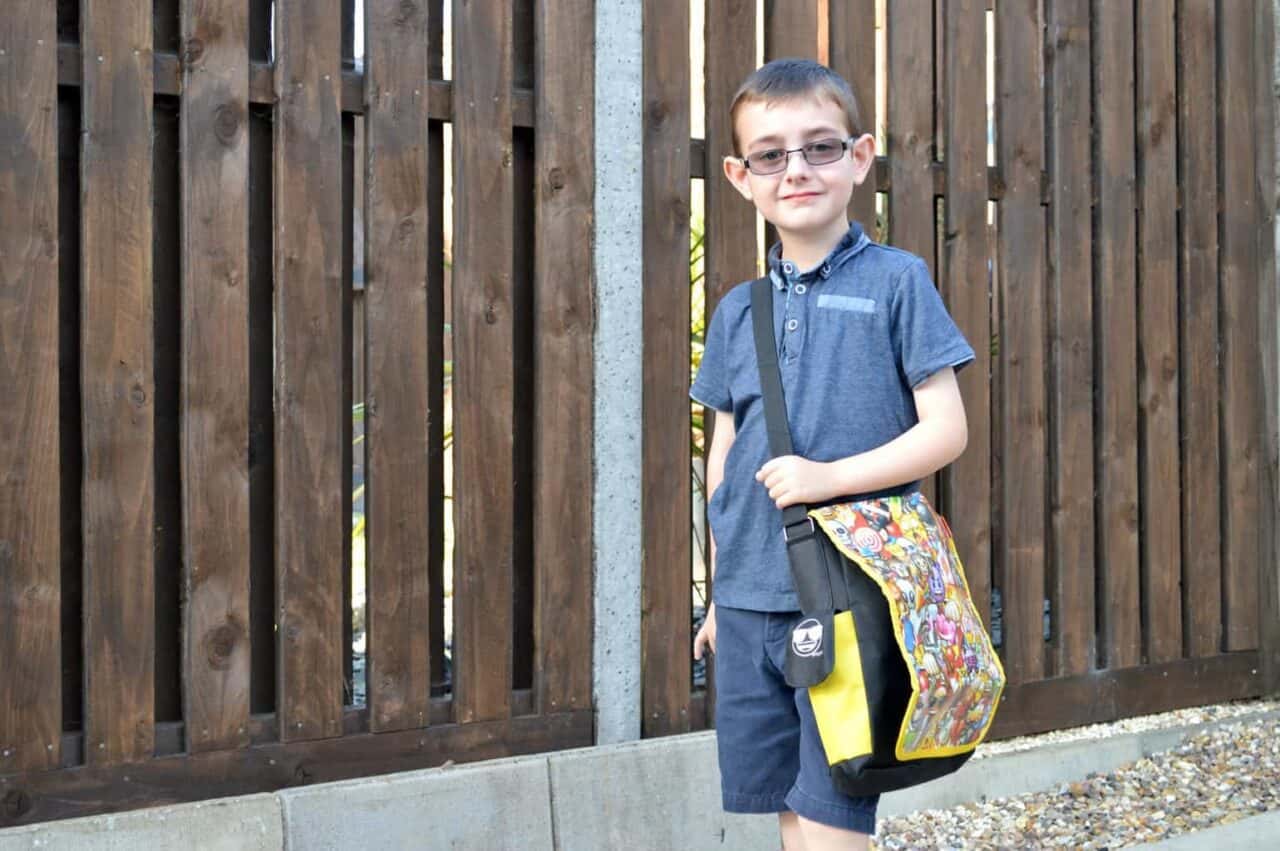 As back to school approaches for another year, school uniforms and accessories are top of my priority list. However, there is also something else on my list just for Tigger. Almost a year ago we found out that Tigger had some eye problems and would be required to wear glasses for at least the next few years in the hope of correctly the issues. Shortly after starting in Year 1 he gained his first pair of glasses (or should I say two pairs as Specsavers allow children two pairs as standard) and now I can’t imagine him without them now.

After being discharged from the hospital we now just have to go for yearly checkups at our local Specsavers store. So in preparation, we popped in to see what glasses they had available, as he had a hard time deciding last time. Needless to say, when he discovered that they had a emoji range of children’s glasses available he was keen to take a look at the designs.

Like most children, the emoji movie was on Tigger’s summer must-watch list for the cinema. Although I have to confess that I wasn’t too interested in seeing it so volunteered Granny whilst they were there on holiday. After seeing the film I was told just how good it was so I guess the DVD will be added to birthday and Christmas wish lists later this year.

emojis, Japanese for ‘picture character’, are used worldwide to create a global language of fun, emotive and descriptive characters.

The emoji brand has brought these characters from smartphones and computer screens to a range of products including this set of fun and innovative children’s frames with a cool twist and turn emoticons on the temples.

The range of emoji children’s glasses comprises of four acetate frames aimed at boys and girls age 4-10 years old. All the frames feature a flex hinge; come with single-vision lenses including UV filter; and are part of the Specsavers Kids 2 for 1 glasses offer.

The purpose of your visit was to gain an idea of which two or three styles he liked the most, ready for when he has his eye test next month. We failed, he is now even more torn between the emoji glasses designs and the other styles available. He loves the twist and turn emotions on the arms, however, the green design is a little big for his face.

Disclosure: We were invited to visit our local Specsavers branch to try out the emoji children’s glasses range

Back to school emoji Specsavers