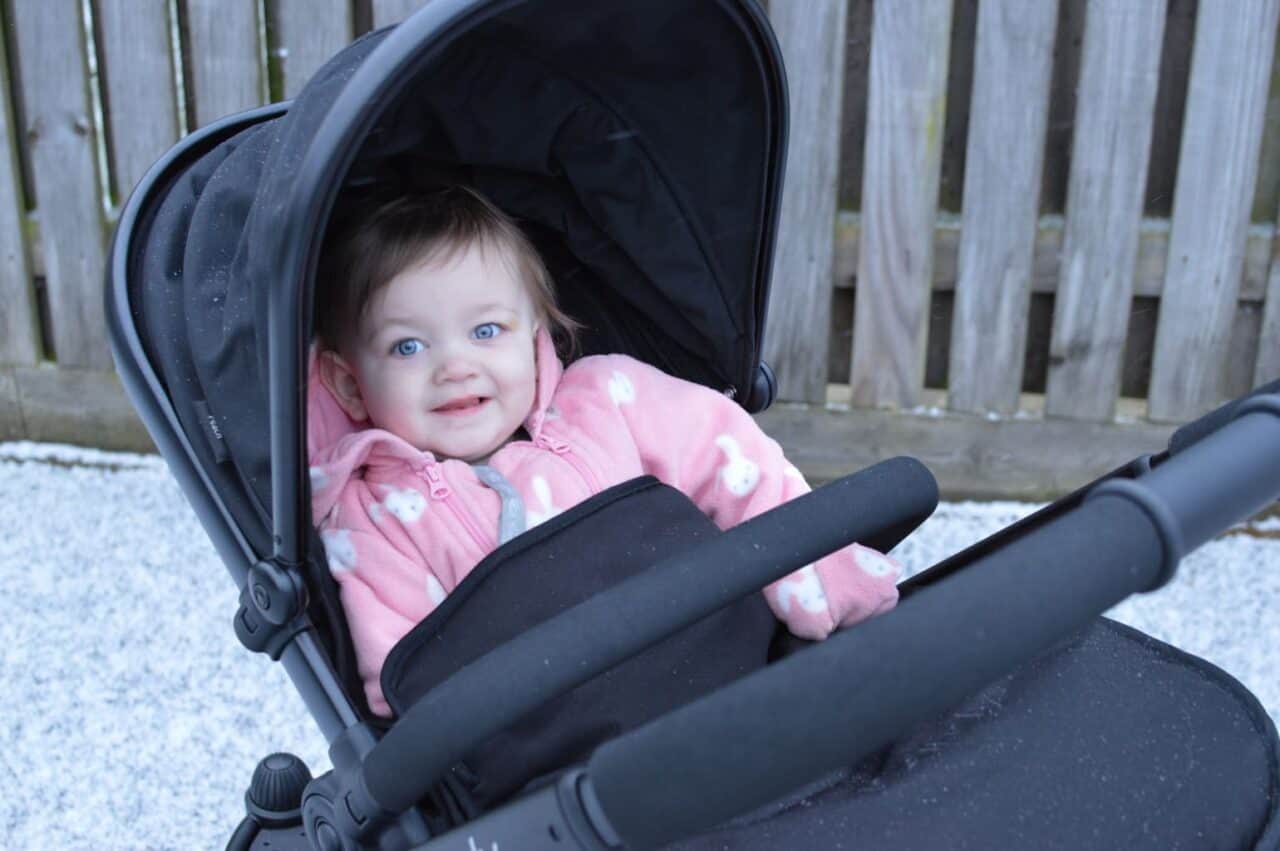 As Tigger came out of school on Thursday he asked whether it was going to snow the next day. Suggesting that it might be a possibility he was very excited by the prospect. His face then turned sad and asked why it never snowed on Christmas Day – darn Christmas movies parading that it always snows at Christmas. With a quick, sorry darling I don’t know, before distracting him with going to find Roo from her classroom.

Weather forecasts highlighted that most of us were due substantial snowfall. So I was hopeful that we would wake up to a blanket of snow. Nope. Not a single snowflake had fallen. Tigger was gutted.

We busied ourselves with getting ready for school and just as we were getting our shoes and coats on the snow started to fall. Just a light scattering but it was laying so there was must hope for more throughout the day. 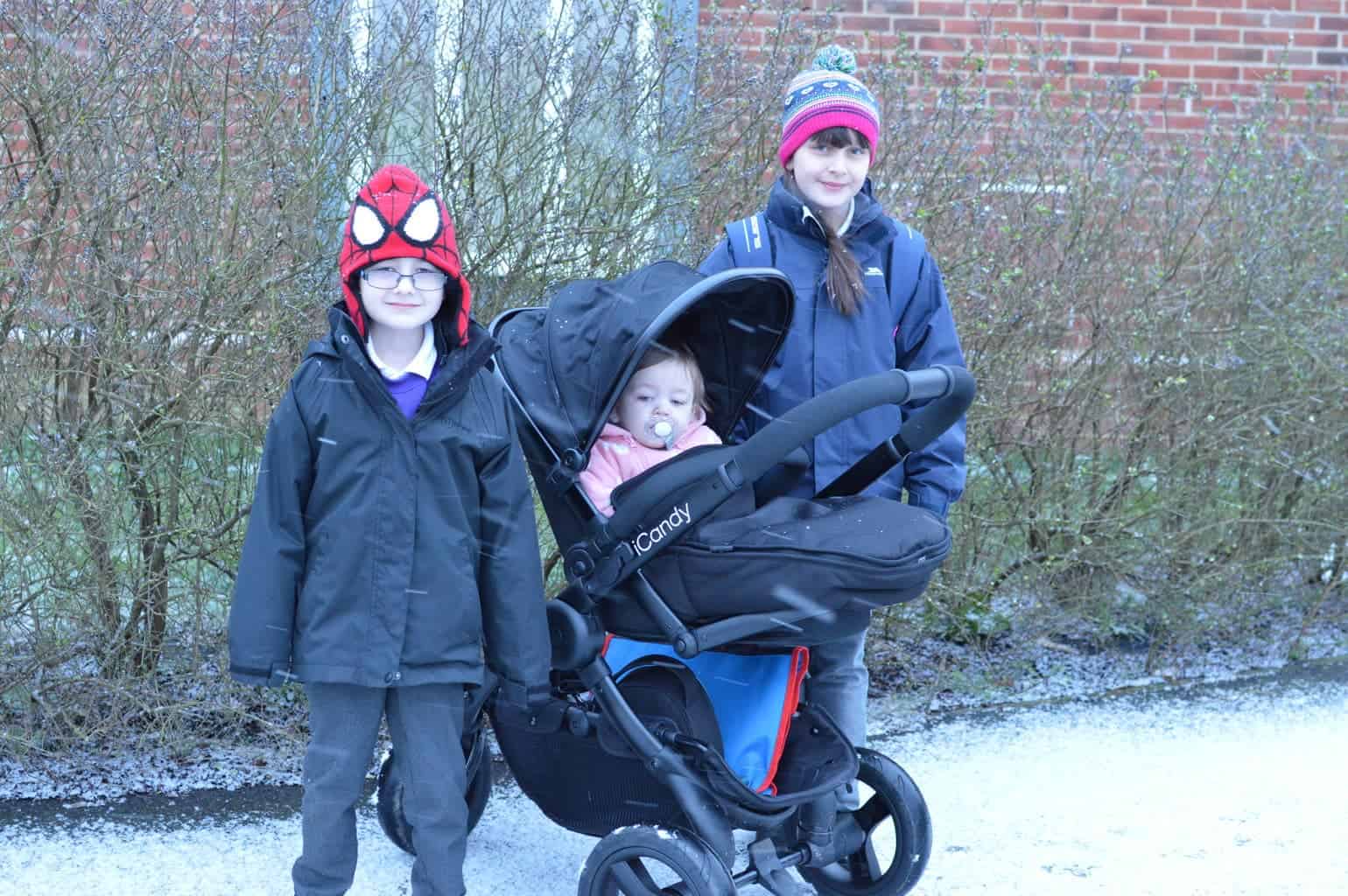 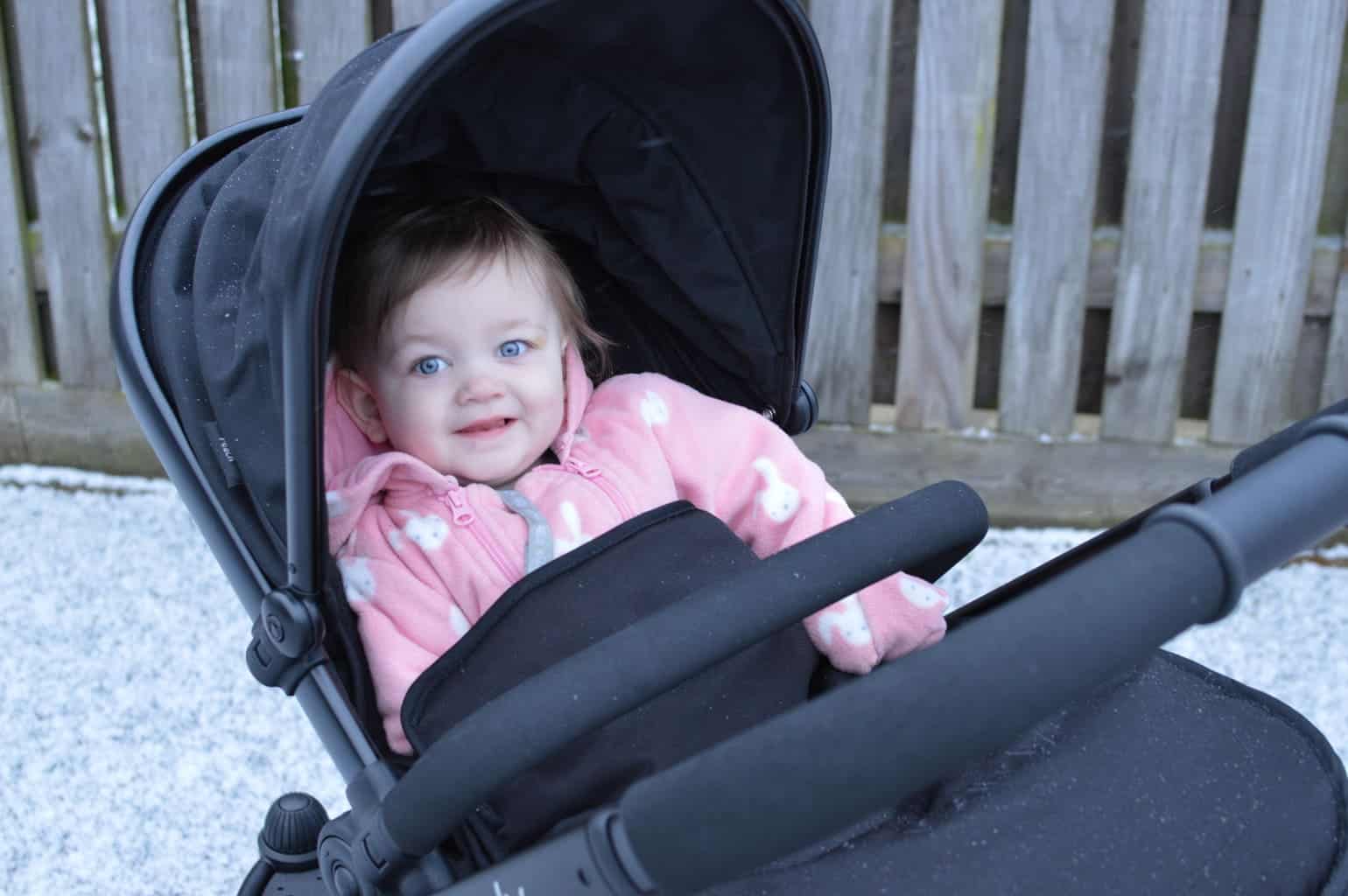 We made the walk to school and managed to take some photos. This was Piglet’s first real experience with snow and she was mesmerised by the falling snowflakes. The children were so excited at the prospect of making snowmen and snowball fights at break time – I can’t imagine the teachers got much out of the children with the snow falling outside.

As I got home and gave Piglet her breakfast the snow began to fall much heavier. I’m someone who loves the snow, unless I have to drive in it so was anxious about Mr. Boo being able to get home that night (especially as there is a hill to get onto our estate). The sky was full of big fluffy snowflakes and it looked so beautiful laying there untouched. 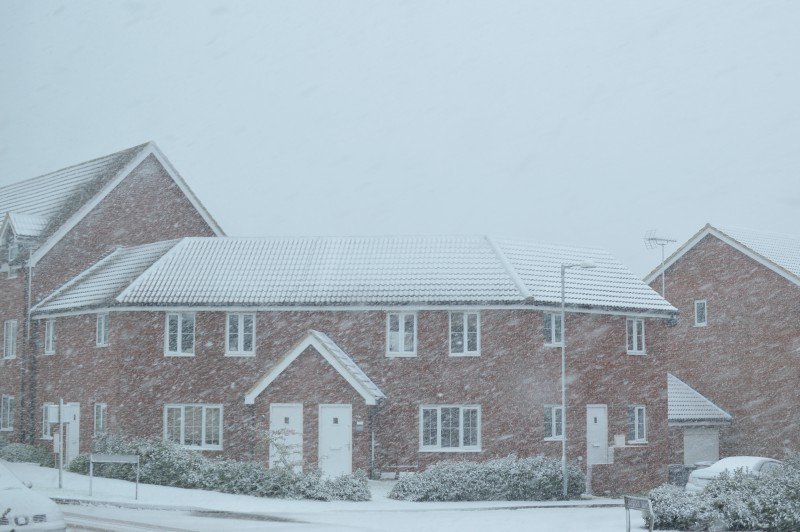 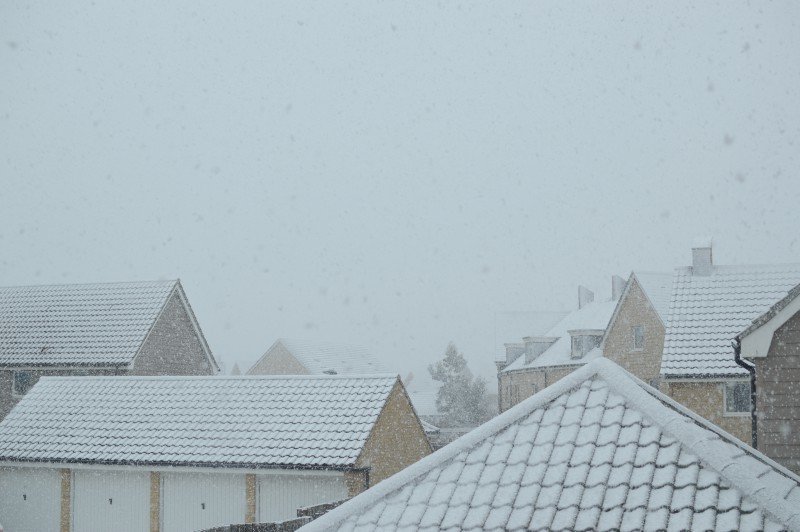 However, our snow day was short-lived with rain coming in behind the snowfall and washing it all away. So by the time it was school pick up it had all but gone. I was so disappointed. I’d had visions of us in the garden building a snowman or making snow angels. Thankfully the children had managed to play outside at school and had managed to make the most of the snow whilst it lasted. Enjoying snowball fights with their teachers and catching snowflakes on their tongues. Tigger had enjoyed the snow a little too much with his shoes and socks soaked through so came home in his plimsoles.

I’d hope to wake up today to a fresh coating of snow but no. I do hope that isn’t all the snow we are going to have for the year. 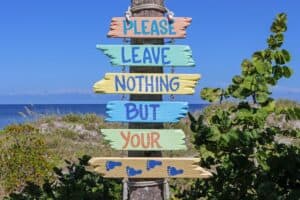