You may remember me telling you about Roo’s recent trip to see if she would be chosen as one of this year’s Tesco Toy Team testers. Well I’m happy to say that she was selected to take part in the experience and we recently spend an afternoon in London filming.

If I’m honest I wasn’t surprised that Roo was chosen, her love of talking and expressing her opinions is well known (can’t imagine where she inherates that from… *whistles*). Roo was of course over the moon when I told her that she had been selected and that a new toy would be arriving at the weekend for her to play with and get to know, ready for filming the following weekend. 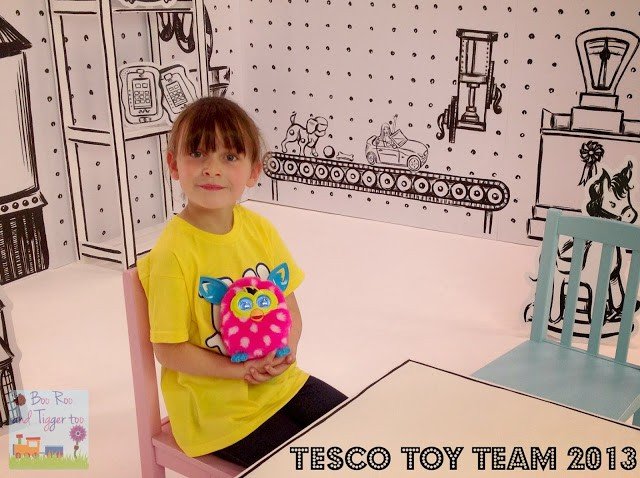 During the Tesco Toy Testers day Roo had played and talked about two Barbie dolls, so I assumed that was what she would be filming with, however she had instead been selected to receive a Furby Boom Sunny. I vaguely remember seeing Furby’s available last Christmas but had not really looked into them as Roo had not shown any interest in them. So with the Furby Boom Sunny Polka Dots arriving it was going to be a learning experience for both Roo and I. 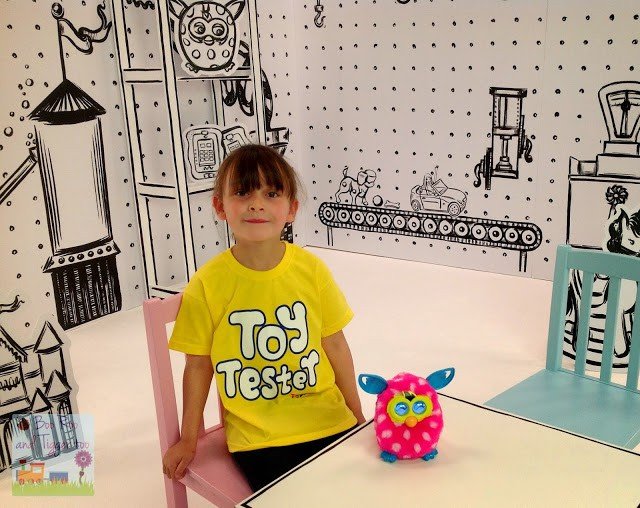 Having played with her new Furby friend for the past week it was time to head off down to London once again. Luckily this time it was only Roo and I, which meant we were able to squeeze in a little visit to the Museum of London before filming.

Arriving in Camden for the filming of Roo chatting about her new Furby friend she was paired with another little girl who had also been toy testing the Furby Boom Sunny. The filming was just magical to watch, seeing Roo chat away as if there was no cameras watching her was a very proud Mummy moment for me.

I’m sure  being a toy tester is on the list of most children, Roo can now cross that off… unless of course she decides to make a career out of it! 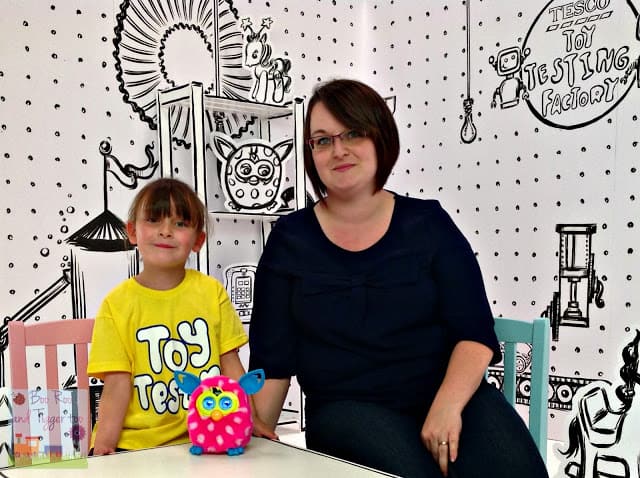