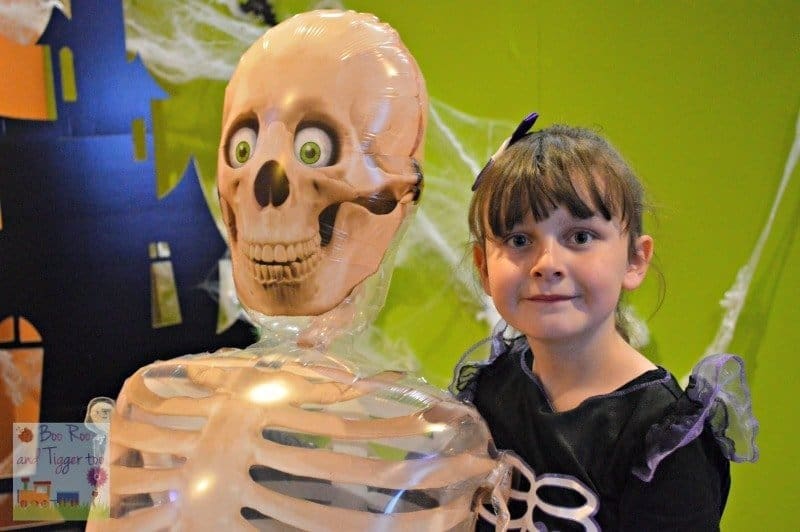 This Halloween Roo and I headed to London for the day, enjoying a wonderful girlie day filled with shopping, a trip on the London Eye and finishing the day off with a special screening of the new Scooby-Doo! Franken Creepy film. With Roo a keen Scooby-Doo fan I knew that she would be very excited to attend this special Halloween party – opting to keep it a secret until late in the day (partly as I knew she would be clock watching wanting to see the new film as soon as possible).

Our invitation asked for children to be in fancy dress, so hidden in my bag I’d brought Roo a skeleton costume to change into once we had arrived. Upon our arrival we meet up with Joy from Sensory Seeker and three of her boys, who were all eager to see the screening and partake in the Halloween party. 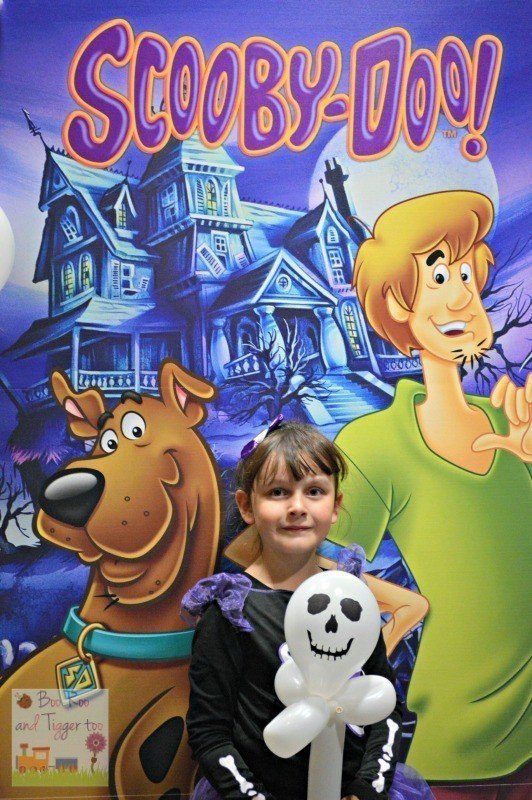 Whilst Roo investigated the room I have to confess to doing a little celebrity spotting, with Kate Garraway and Sara Cox (although I wasn’t brave enough to introduce myself or ask for a photo). With the Halloween party decorated with cobwebs, spiders, very strange skeleton balloons and an ample supply of sweets placed around the room it was a kid’s party paradise. 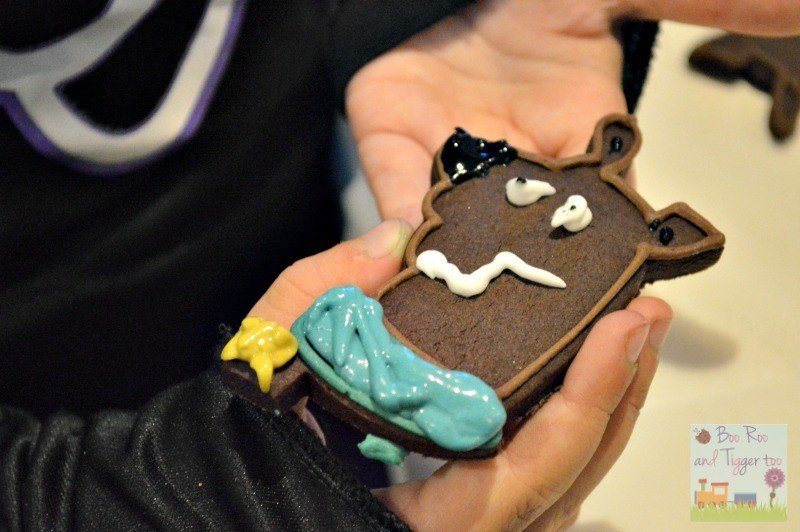 After enjoying some of the delicious food that had been put on, Roo spotted a Scooby-Doo! Teksta and enjoyed interacting with it, making it jump and perform tricks. Tigger has the Teksta Robotic T-Rex and after seeing Roo enjoy the Scooby-Doo! Teksta I think this may be added to her Christmas wish list. 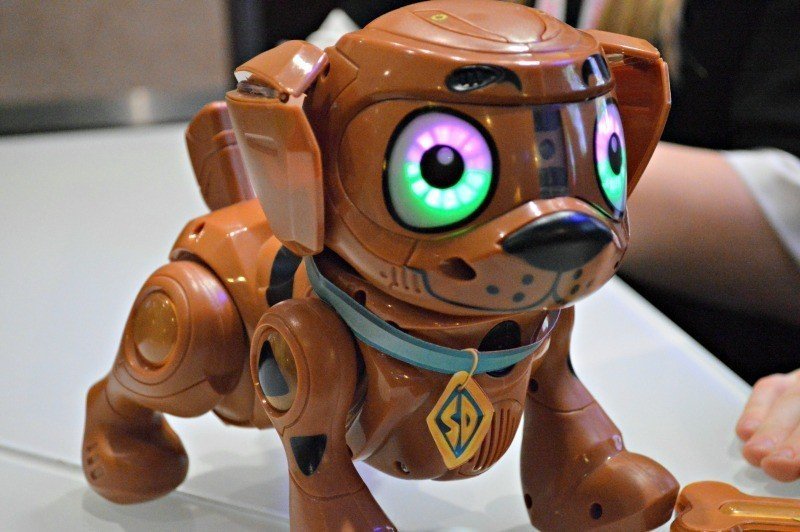 After enjoying the activities and food at the Scooby-Doo! Halloween party it was time to sit down and watch the special screening of the new Scooby-Doo! Franken Creepy film.

Scooby-Doo and those ‘meddling kids’ Shaggy, Fred, Daphne and Velma are back in the all-new original movie! Velma discovers she’s inherited her great-great-uncle Dr. Von Dinkenstein’s cursed castle in the terrifying town of Transylvania… Pennsylvania, that is. Just when the gang persuades Velma to go and claim her inheritance, the ghost of Von Dinkenstein Castle blows up the Mystery Machine as a warning!

Now the crew must spring back into action, but this time it’s personal! Who’s responsible for the Von Dinkenstein monster? What family secret has Velma been hiding? Will Fred recover from the loss of his beloved Mystery Machine? Can any helpless snack survive Scooby and Shaggy’s monster-sized appetites? This Scooby-Doo adventure has enough spooky fun to make the whole family come alive!

As we can out of the screening room Roo was full of energy chatting about the film and how she wished that Tigger had been with us to watch the film and whether we could buy it so she could watch it at home with him. Luckily for her on the way back into the party room she received a pumpkin trick or treat basket filled with treats including the new Scooby-Doo! Franken Creepy film! She was so very happy! 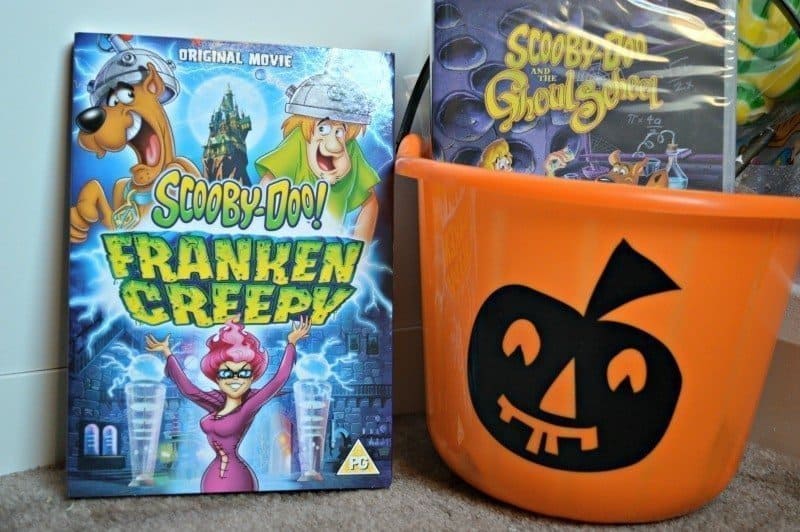 What an amazing Halloween party, filled with fun, food and activities. The Scooby-Doo! Franken Creepy film was certainly the highlight of it all for Roo although I think the Scoocy-Doo Teksta comes a close second. Such a fabulous fun evening and if you have a Scooby-Doo fan at home I can recommend the new Franken Creepy film.

Disclosure: We were invited to a special screening of Scooby-Doo Franken Creepy and received a goodie bag for attending, we were not asked to write about the event but I wanted to share our adventures.

Give the gift of… Flowers #CHRISTMAS

Every Princess needs to read about other Princesses