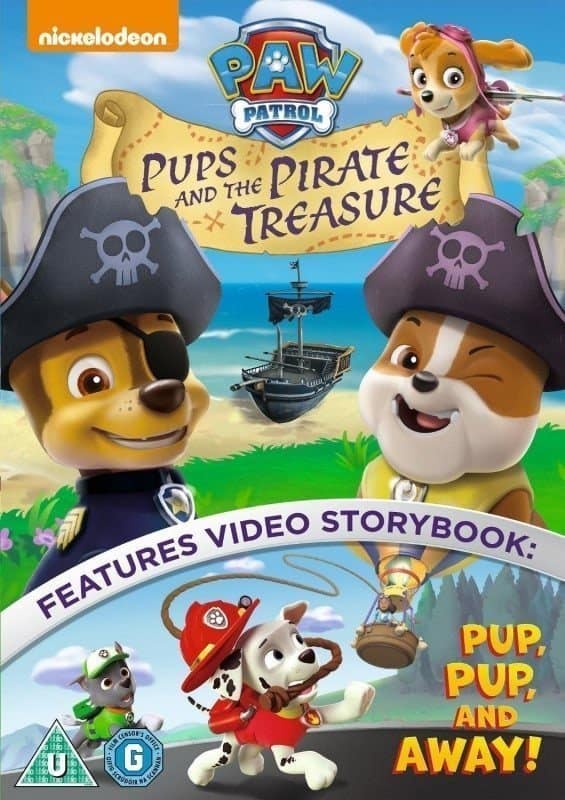 Join Ryder and his Paw Patrol pals this Easter on their mystery-solving adventures in their search for pirate treasure when they discover a secret map!

It’s the pirate pup’s life in these six PAW Patrol adventures! Join the pups as they discover a secret pirate cave and emBARK on a treasure hunt! Plus, stop a ghostly pirate ship from sailing away and dive into the bay for more water rescues.

The spirited pre-school adventure series returns as the gang stumble on to a secret cavern that was once a pirate’s hideout where they discover an incomplete treasure map. The adventure is on as the pups follow clues to find the missing map pieces, and eventually to a sunken pirate treasure!

Catch up with Ryder and the puzzle solving dream team this Easter half term as the pup pals get ready to sail the stormy seas to rescue their friends, and find the hidden treasure!

Why not keep your Paw Patrol fans occupied this Easter by printing off the activity sheets below, simply click on the image and then press print. A great way to let their creative juices flow by colouring in their very own Paw Patrol pup.

Paw Patrol: Pups and the Pirate Treasure is available on DVD from Amazon and all other good DVD retailers priced at £6.99

To celebrate the release of Paw Patrol: Pups and the Pirate Treasure on DVD, Boo Roo and Tigger Too are lucky enough to have one copy of the DVD to giveaway.

To enter complete the Gleam widget below:

On the twelfth day of Christmas, the toy fairy sent me…