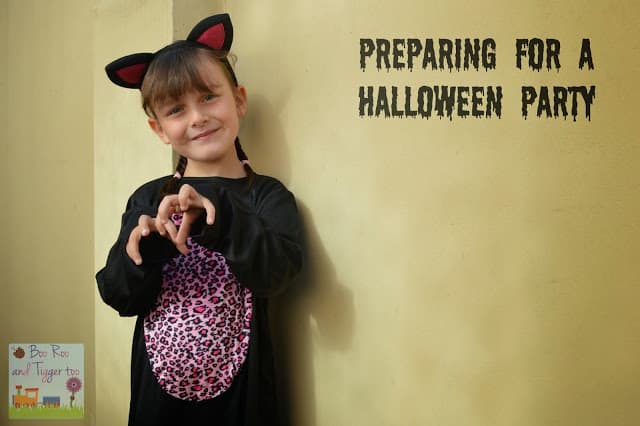 Where has the time gone? It’s already the October 21st and our Halloween party is in just 10 days (eek!). Having sorted out Halloween dress up costumes nice and early, along with a fabulous BBQ hamper ordered I have finally gotten round to thinking about how we are going to decorate the hall. After seeing an advert for Poundland I popped in next time I was in town and managed to pick up a range of Halloween goodies.

As this is mainly a children’s party I have opted for disposable tableware, plus it will really help with the clean up after the party. I originally thought that I would just grab some white ones as usually the printed ones are so expensive for what they actually are. However, I’ve managed to pick up cups (40x per pack), plates (20x per pack), bowls (20x per pack), napkins (30x per pack) and a tablecloth in black with a ghost design for just £1 per pack… bargain!

For the food I wanted to try and be a little more creative than just plonking it on a plate so I have a couple of trick or treat bowls for things like sausage rolls, crisps etc. A Halloween themed cupcake stand that matches the plates etc. However I have got a little witches cauldron that I’m not too sure what I can fill it up with maybe it could be the treat cauldron??

With the rented hall it looks a little bare so I’ve picked up some wall silhouette stickers that I can add and take down again when the party is over. Alongside some paper garlands I’m hoping that the hall will look more spooky than it would normally. A party wouldn’t be a party without balloons so I’ve got a mixture of black and orange, I must buy a balloon pump though (not sure I have enough puff to blow them all up).

I’m going to attempt my first ever pumpkin carving, I have a little carving kit ready just need to pick up a pumpkin and choice a simple, straightforward design (must look on Pinterest).

Alongside the usual trick or treat goodies of lollipops, Haribo jellies and a few chocolate bars I’m hoping to add in a few homemade treats too. So I’ve bought a Halloween cupcake decoration kit, it comes with 24 cupcake cases and little paper ghosts that I can pop into the frosting.

I’ve had a little idea about making some cookies using the cookie cutters (pk 5) that I managed to pick up too, however I think I’m going to pop them in some cellophane bags and hand them out as treats as they leave.