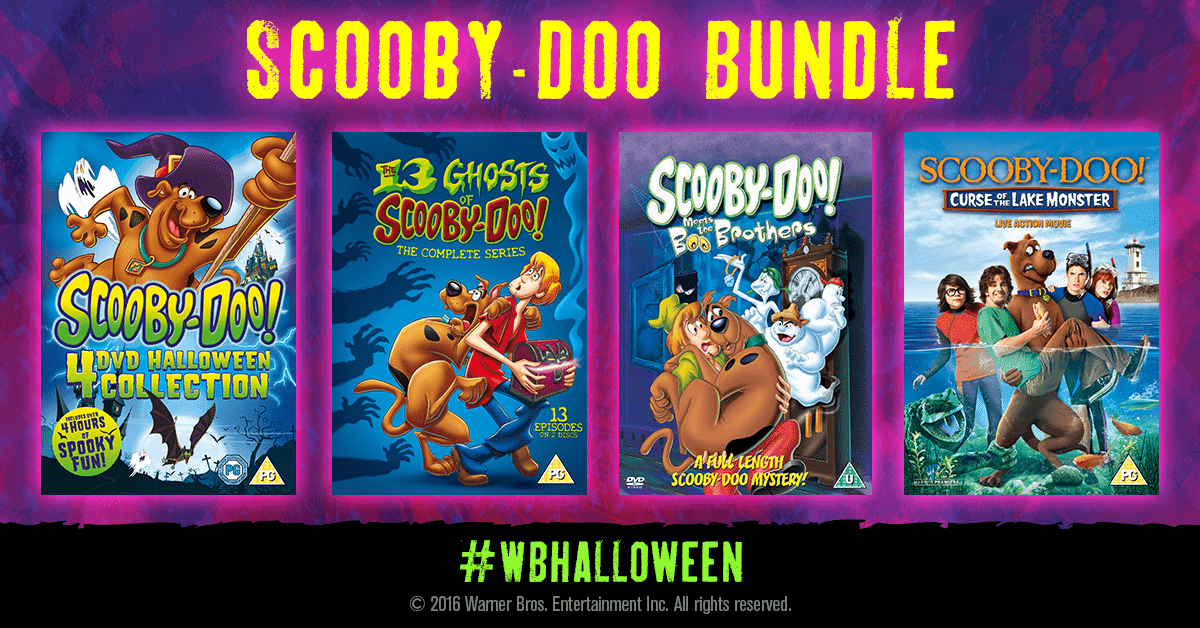 Halloween is almost upon us and what better way to get into the spirit than sitting down, snuggling up and watching some fantastic Halloween films. Both Roo and Tigger are huge Scooby-Doo fans so it’s only right that I showcase four Scooby-Doo Halloween films to watch with your kids this Halloween…

Super sleuths Daphne, Shaggy and Scooby-Doo are on the case for ghosts, real ghosts this time, 13 of the world’s meanest ghosts to be exact. Once banned to an enchanted Chest of Demons of eternity, all 13 spirits are now loose to wreak havoc on the world and only Scooby-Doo can recapture them because – ruh-roh! – he’s the one who unwittingly opened the chest and let them out! Joined by the pint-sized, fast –talking magician/con artist Flim-Flam and guided by the world’s greatest mystic Vincent van Ghoul (voiced and inspired by the incomparable Vincent Price), the gang causes mayhem hunting ghosts around the world while cracking fans up in the comfort of their home. Scare up this spooktacular 2-disc complete series collection for a haunting good time!

It’s the start of a Boo-tiful friendship when Scooby-Doo and Shaggy getup-close-and-spooky with some supernatural siblings in this all-new animated movie! After Shaggy’s uncle leaves him a fortune in hidden jewels, Scooby and Scrappy join him for the ultimate scavenger hunt through the trap doors and tunnels of the haunted old Beauregard mansion! Terrified by the ghost of Shaggy’s uncle, the gang calls in reinforcements – the wild and ectoplasmic Boo Brothers, a phantom family of ghoul-chasing ghosts!

Scooby-Doo! Curse of the Lake Monster

Off to a resort with summer jobs, the gang stumbles onto a mystery when the Frog Monster of Lake Erie makes an unexpected appearance, scaring away all the guests. Only Mystery Inc. can save the day, but with a creature on the loose, mystical moonstones and summer romance in the air, will they be able to work as a team and solve the crime?

You can purchase all four of these films from Amazon 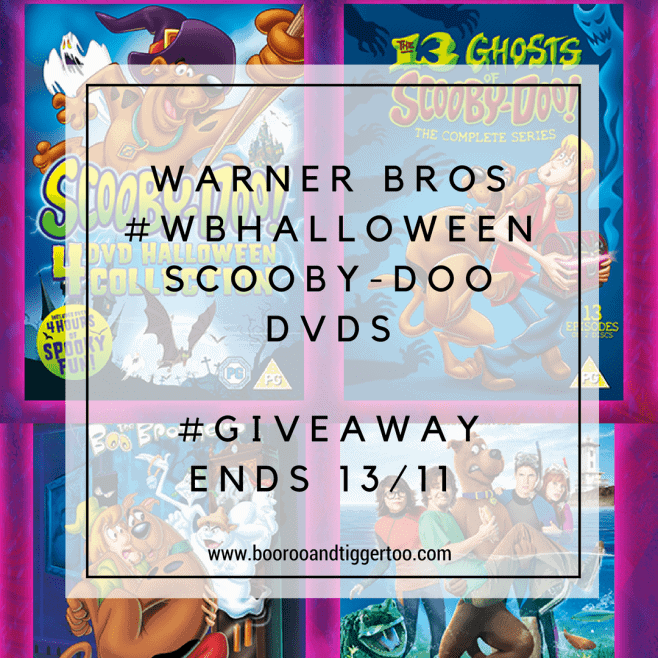 Fancy winning all four Scooby-Doo Halloween Films? Of course, you do, simply pop over to Twitter, follow us (@littleboo_21) and retweet the following status:

Disclosure: We have received the above Scooby Doo Halloween DVDs FOC for the purpose of review.