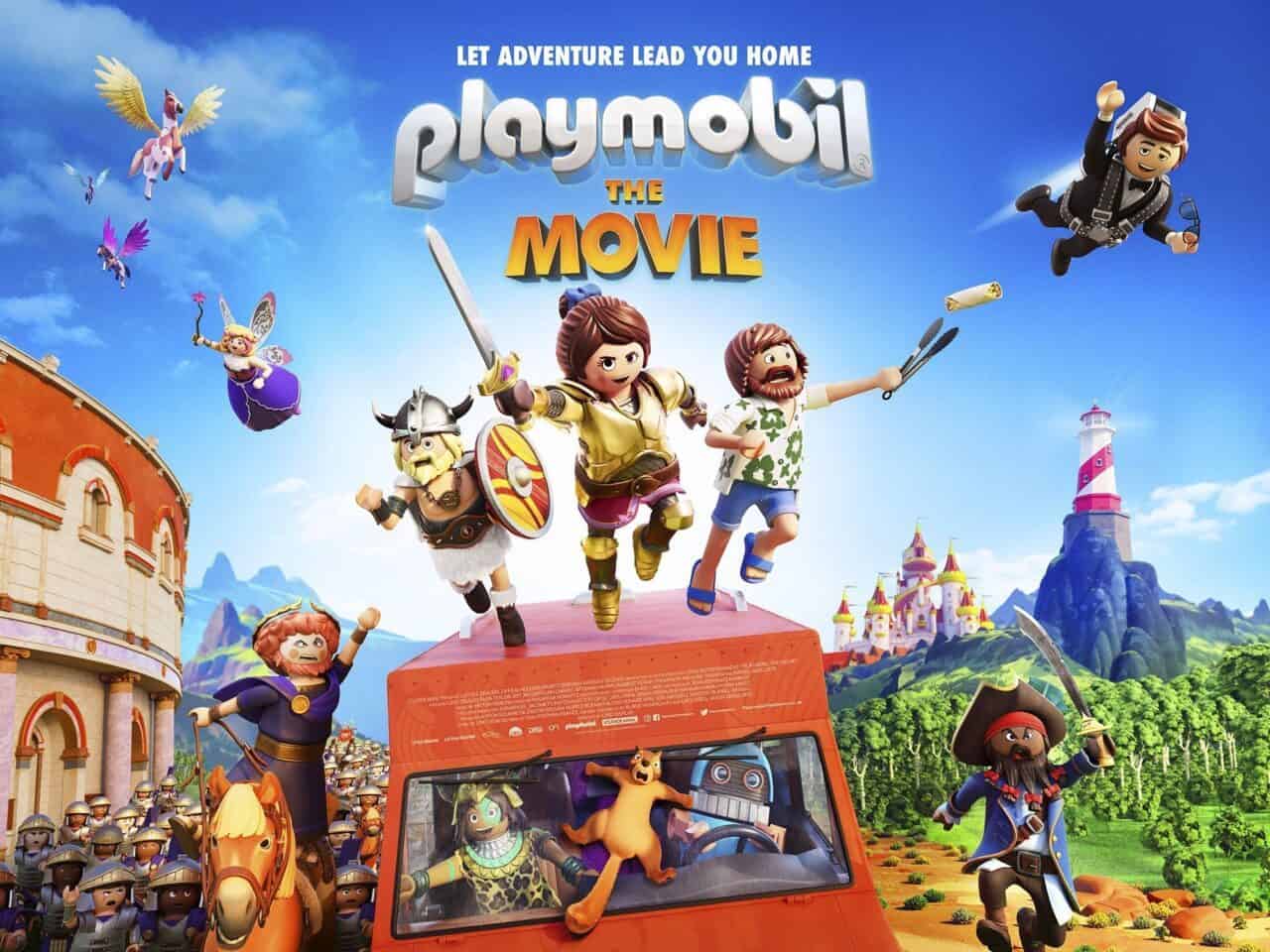 PLAYMOBIL: THE MOVIE takes audiences on an epic comedy adventure through a sprawling imaginative universe in the first-ever feature film inspired by the beloved, award-winning PLAYMOBIL® role-play toys. When her younger brother Charlie (Gabriel Bateman) unexpectedly disappears into the magical, animated universe of PLAYMOBIL®, unprepared Marla (Anya Taylor-Joy) must go on the quest of a lifetime to bring him home.

As she sets off on a fantastic journey across stunning new worlds, Marla teams up with some unlikely and heroic new friends – the smooth-talking food truck driver Del (Jim Gaffigan), the dashing and charismatic secret agent Rex Dasher (Daniel Radcliffe), a good-hearted misfit robot, an extravagant fairy-godmother (Meghan Trainor) and many more. Through their thrilling adventure, Marla and Charlie realize that no matter how life plays out, you can achieve anything when you believe in yourself!

PLAYMOBIL: THE MOVIE IS IN CINEMAS AUGUST 9th

To celebrate the upcoming release of PLAYMOBIL: THE MOVIE, in cinemas August 9th, we’re giving you the chance to win one of five amazing goody bags!

For your chance to win this great prize, simply watch the trailer and answer the following question. This is where I blog #HPShelfie

This website uses cookies to improve your experience while you navigate through the website. Out of these, the cookies that are categorized as necessary are stored on your browser as they are essential for the working of basic functionalities of the website. We also use third-party cookies that help us analyze and understand how you use this website. These cookies will be stored in your browser only with your consent. You also have the option to opt-out of these cookies. But opting out of some of these cookies may affect your browsing experience.
Necessary Always Enabled
Necessary cookies are absolutely essential for the website to function properly. These cookies ensure basic functionalities and security features of the website, anonymously.
Functional
Functional cookies help to perform certain functionalities like sharing the content of the website on social media platforms, collect feedbacks, and other third-party features.
Performance
Performance cookies are used to understand and analyze the key performance indexes of the website which helps in delivering a better user experience for the visitors.
Analytics
Analytical cookies are used to understand how visitors interact with the website. These cookies help provide information on metrics the number of visitors, bounce rate, traffic source, etc.
Advertisement
Advertisement cookies are used to provide visitors with relevant ads and marketing campaigns. These cookies track visitors across websites and collect information to provide customized ads.
Others
Other uncategorized cookies are those that are being analyzed and have not been classified into a category as yet.
SAVE & ACCEPT
487 shares