Throughout cinematic history, there have been hundreds of iconic roles played by hundreds of iconic actresses, but few can truly claim to have possessed a hairdo that would become almost as popular as the films and characters that spawned them. Here, we’ll dip into that incredibly deep pool of talent to pick out 5 of the movie hairstyles that might not have made the films but certainly helped make them earn their legendary statuses.

Elizabeth Taylor (Cleopatra) – Starting as we mean to go on, they don’t get much more iconic than this. It’s true that the makeup job on the irreplaceable Miss Taylor was also quite glorious here, but it’s that shocking jet black bob with those glorious golden gilded beads that really made this look so effortlessly regal.

Audrey Hepburn (Breakfast at Tiffany’s) – Few remember the plot or the general point of this vintage adaptation of Truman Capote’s best-seller, but everyone remembers the twisted updo worn by Holly Golightly in this classic piece of Hollywood hair history. It’s a style that has been copied a thousand times since but never once bettered.

Margot Robbie (Suicide Squad) – Who could have predicted that a critically panned movie about a bunch of supervillains few outside of the Comic-Con circle has heard off would cause such a cultural shockwave. Such was the power of Margot Robbie’s unhinged performance as the Joker-obsessed Harley Quinn and the costume that pulled it all together. That costume has now been copied by thousands of cosplayers across the globe and it’s the pink and blue bunches that set the whole thing off.

Julia Roberts (Pretty Woman) – Whilst it might have been released in the early 90’s, there is something so quintessentially 80s about the fluffy red curls worn by Julia Roberts in this rom-com classic. Lord knows how many hairdressing clips and blow-drys it took to achieve that look, but almost everyone who was coming of age around that time will tell you it was worth it.

Carrie Fisher (Star Wars) – There are not many trendsetters in the original Star Wars trilogy, at least not when it comes to fashion. Besides single-handedly making the golden bikini socially acceptable though, Carrie Fisher also popularised a hairstyle that has rarely been captured on celluloid – before or since. The iconic buns are arguably a significant part of what made Princess Leia into such an icon of not only science fiction but popular culture in general.

Of course, there are hundreds of movies being released every year, so if you think you might have spotted the latest iconic Hollywood hairdo then don’t be shy – let us know in the comments below! 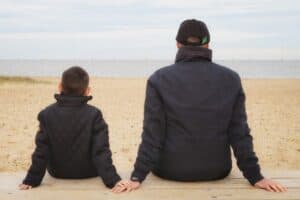 Thomas Sabo | Giving the gift of time this Christmas 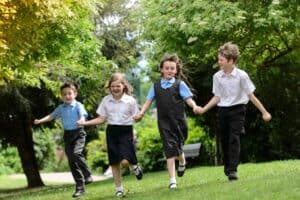 What To Think About When Buying School Uniform