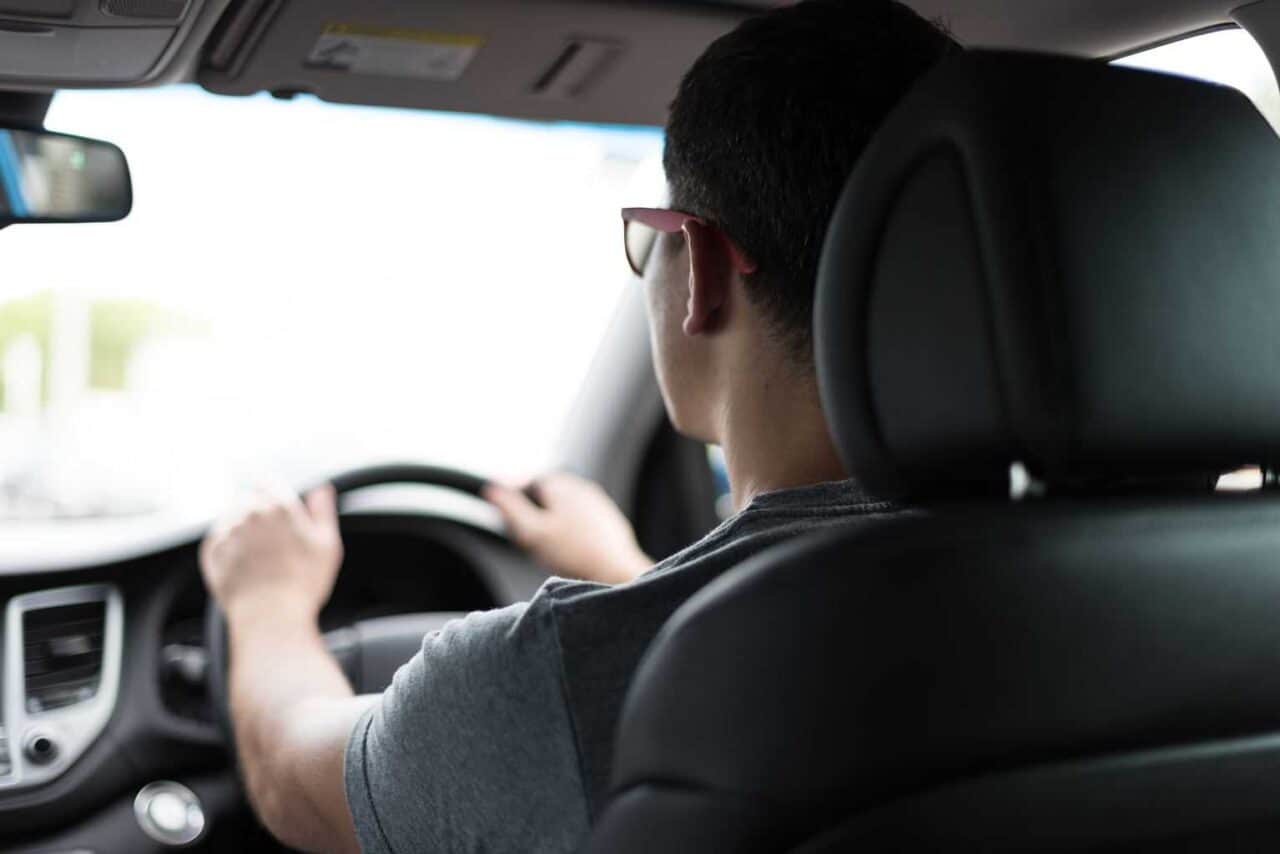 There are several dangers associated with teenage drivers and their lack of experience as new drivers and lack of responsibility when driving. Due to the many accidents that have occurred, it is important for both parents and teens alike to be aware of the potential risks that come with being a new driver.

Lately, car manufacturers have invested substantial resources to help keep teen drivers safe while they are learning how to drive responsibly. The more informed that both teens and parents are, the fewer potential accidents we will see on the road in the long term. Consider these twelve important things teen drivers should know:

In order to keep teen drivers safe, it is important for them to understand that driving late at night is not recommended. In fact, if a teen drives between the hours of 9:00 pm and 6:00 am, they are 40 percent more likely to get into an accident. The reason for this is that the body gets tired later in the evening and it is harder to see at night normally, particularly when a driver is tired. For newer drivers, these difficulties increase the likelihood of crashing. Lastly, many opportunities for parties that cause teens to drink and then drive home happen during the hours of the night. Having a curfew for teen drivers is a wise choice to avoid the temptation of going to a party and then getting behind the wheel.

Avoid Texting or Calling While Driving

Smartphones have been both good and bad for society; however, for teen drivers, they have created a great risk. It is important for teen drivers to realize that using a smartphone should be absolutely prohibited while driving. Texting is by far the most dangerous and even though many cars do have ways to answer the phone while driving, it is still best to not be distracted by a phone conversation while driving. Using social media or any form of App on a smartphone while driving is something that must be avoided. Many recent car accidents have been caused by teens using smartphones irresponsibly while behind the wheel.

Do Not Listen to Loud Music While Driving

Teen drivers have a tendency to listen to loud music while driving. For this reason, it is important that teen drivers are aware that loud music can distract from important noises to listen for while driving. When a car is about to hit you, you may hear the brakes or when the tire of a car pops, there may be a sound. Having loud music can lower the response time of a teen to avoid getting into a car accident. Music should ideally not be played while the teen is just starting to drive. When the teen is more familiar, then music should be able to be played, but have a maximum volume to avoid safety risks.

Do Not Drink Alcohol Before or While Driving

Alcohol impairs any driver’s ability to drive. For a teen driver, they have less experience, which makes this even more dangerous. In addition, for teen drivers, they are under the legal age to consume alcohol, which makes having a DUI on their record something that will make many universities not accept them for college. Many fatal car accidents are related to drinking and driving because the body is unable to have the same response time it would when the driver is sober. When considering drinking and driving, teens need to be aware of the short-term dangers and long-term implications of their poor decision making.

Try to Not Get Distracted While Driving

While this seems obvious, distractions come in major forms such as: grabbing lipstick from their purse, talking on the phone, playing with the radio, thinking about upcoming stressful school assignments or talking to passengers. When driving, a distraction that is one second can change the response time of the driver and put both the driver and surrounding vehicles at risk. The point is to be focused on following the rules of the road and making sure to drive safely while driving in order to prevent car accidents.

Try Not to Drive with Too Many Friend Passengers

Many states in the United States have rules limiting a teen driver from driving friends for the first six months of having their license, which has had a positive impact on allowing teens to get comfortable driving before having their friends join them in the car. It is important that teens do not get distracted with having too many passengers and also that they do not take more passengers that can safely fit in their vehicle. Many car accidents can happen as a result of this reckless behaviour.

Car Crashes Cause Many Teen Fatalities

Car crashes cause approximately 33 percent of deaths for teens aged between 13 and 19 years of age. This is an alarming statistic that needs to be lowered by educating teens about the risks associated with being new drivers. Additionally, teen drivers pose a risk to other innocent parties driving that may be families or senior citizens. If teen drivers are able to improve their habits, it is hopeful that the large percentage of fatalities will decrease in the coming years.

Many movies have been released about street racing. This is one of the most dangerous things that teens can do due to their lack of experience with driving and because of the safety risk that occurs to passengers of other vehicles on the road. Racing at dangerous speeds can also result in an expensive ticket from the police or a serious fatal car accident. Teens are highly recommended to avoid these behaviours and enjoy them in the movie theatre rather than on the street.

Know Directions Before You Drive

Smartphones have enabled many wonderful Apps to help with driving directions. That said, it is very dangerous to try to input an address while driving. Teen drivers need to take the time to pull over and then put in the new address. Another option is to have a passenger be in charge of inputting the addresses so that the teen driver can focus on driving safely. This way, it will avoid last minute lane changes and collisions due to being on their smartphone while driving.

Whether it is the radio, Spotify on the smartphone or a CD, teens need to select their music before starting to drive. A simple modification such as this will be great prevention of car accidents. In fact, many cars have buttons on the steering wheel allowing for safe music changing. New teen drivers are advised to avoid listening to music until they have learned how to drive safely. Teens are encouraged to take advantage of these technologies or to program their music when they are more experienced drivers.

Always Use Your Headlights

As a new driver, it is difficult to determine when headlights are necessary, particularly at sunrise and sunset. The general rule of thumb should be to start using them at dawn and dusk because those times of day are some of the most difficult to see. Headlights should always be used at night. If teens are unable to see where to put headlights on, then they need to pull over to find the proper headlight switch. When it is dark, teens should be careful to not use their bright headlights unless absolutely necessary due to the safety risk it puts on the opposite driver when they are driving on the other side of the road.

Teen drivers need to be aware of the importance of turn signals. Turn signals need to be used with making a traditional right or left turn, but they also need to be used when teens are changing lanes. This is important on the freeway but is also important on slower roads. Knowing when and how to use hazard lights is also important in the case of an emergency. Many accidents can be caused by failing to signal to the drivers nearby that they are changing lanes or when there is an emergency situation pertaining to the vehicle.

Teen drivers need to be quite careful when they are learning how to drive. They also need to be aware of the temptations that present themselves that can have long term consequences. Drinking and driving, excessive speeding, and texting while driving are some examples of how making a mistake while being a teen driver can ruin a teen’s future or even have fatal consequences. It is important for teen drivers and their parents to be educated about the possible technological advances in teen driver safety along with the current dangers/rules of the road. By having knowledge of possible solutions, it is hopeful that the number of teen fatalities due to auto accidents. 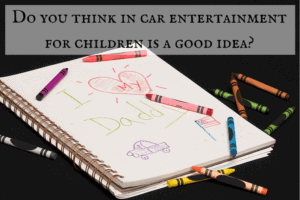 Is In Car Entertainment For Children A Good Idea? 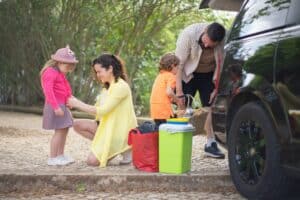 Remember This When Looking For A New Family Car 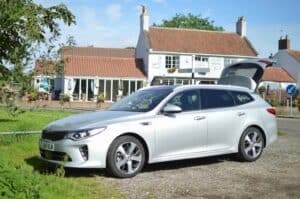 How ignoring your service schedule may impact your journey!