This time last week I made the decision to go and visit my dad (let’s call home Bob). Those of you who have read my previous post ‘hypocrite or duty bound‘ will know that I was struggling with whether or not I should visit or not.

I called in advance and let him know that I would be visiting, to which he sounded pleased. He asked me to bring my family but I said that I would only have Roo with me and Mr Boo and Tigger were staying at home. I requested that my older sister not be there (we really do NOT get on… Long story), I explained that by her being there is may cause unnecessary stress. Luckily Bob agreed and I said I would be over before lunch on Sunday.

Sunday morning came and myself, Roo and my mam (Granny) were headed out to a charity fete at a local wildlife centre. After we had finished at the fete I drive to Silloth to visit Bob. I decided it would be best for Roo not to meet Bob on the first visit in nearly 16yrs, so Granny took her for a trip to the amusements.

As I parked in the car park by Bob’s house I rang Mr Boo for some support, he told me that I could do this. Feeling motivated I got out of the car and knocked on his door. He took a little time to answer and if I’m honest I half hoped he wasn’t in. Upon opening the door, I was greeted by the exact image of him I had from all those years ago with just a few more grey hairs. I followed him into the living room and he chatted about his new bungalow. How he was getting it to look and feel more like home now that he had almost finished decorating.

What is it with this man and decorating?

Bob briefly asked how I was and quickly turned the conversation back to himself. Talking about his recent hospital visits and doctors opinions. Whilst I could see he was thinner than I could remember, he did not look as ‘sick’ as I had been lend to believe over the phone. I steered the conversation around to what I had been up to whilst I was home for the weekend. I explained that I had gone to visit my Granny and my older brothers grave (he died when he was just a tiny baby). I mentioned that there was no plaque on there for my uncle who’s ashes were buried in the grave a few years ago. With this line of conversation, I could see that I had hit a nerve…

Bob then become annoyed, no not annoyed, angry! He began raising his voice and his tone changed completely. Then came the rant about my mam and what a horrible person she is and never contacted him about the grave etc.

Whilst I’m old enough to realise that my parents are never going to reunite and trust me I would never want that to happen. You would think after being divorced for almost 25yrs Bob could at least be civil when talking about my mam. After a tense and strained 10mins of discussing the matter, I managed to get Bob to agree to a plaque being placed on the grave in memory of my late uncle.

After all the tension I made my excuses and left. Upon leaving and getting back in my car I was so upset and disappointed in myself. Part of me believed that Bob would at least show some interest towards myself and ask about my family, but no. I was obviously too naive once again to think that he has any thoughts or feelings towards myself. After listening to his dribble on about his decorating, how much the wallpaper cost and chilling out in his recliner, I honestly thought what I am doing here? Then to become angry at me for raising questions about my own brother’s grave which he hasn’t bothered to visit in years.

How I managed to keep my cool is beyond me, I really wanted to say ‘shut up’, but took the moral high ground. I drove to the seafront to collect Roo and my mam. I hugged Roo so hard and made her promise that we would love each other for forever. My mam could see that I was upset and simply hugged me and waited for me to tell her what had happened in my own time.

At least I can say I visited, although even a week later I still feel like a prize idiot for going. Bob has wound me up so much that when I think of him I cry.

Goodbye Bob, I gave you a chance, you blew it once again. 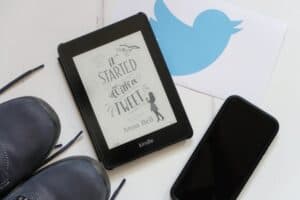 Dear So and So – Train Travel