It’s Father’s Day and as I watched my children hand over cards and presents to their Father this morning I’m reminded that you’re not here. Last year I shared how I don’t remember a single Father’s Day with you, not even one. I have no idea whether I made you a card at school and excitedly handed it over to you come Father’s Day morning. I’m guessing that I did make a card but you failed to show up on Father’s Day and never got a chance to see the love and attention that went into it.

I’ve come to live with the fact that you were substandard when it came to the Dad department. The days when I was left crying at the gate because you failed to show or the times I returned home from spending  a weekend with you and actually spent more time palmed off on someone else rather than with you.Something that comes back to me time and time again is that my children never called you Grandad. They never met you, which was partly my choice but also a choice of yours by not bothering to be in my life either.

As I became a parent I sent you photos of Roo and subsequently Tigger in some sort of attempt to keep you in the loop of my life even though we hadn’t seen each other for years. My Mam always left the decision to contact you in my court, she never tried to influence my thoughts about what you were like as a person (even though I knew exactly what you both thought of each other).

Something that comes back to me time and time again is that my children never called you Grandad. They never met you, which was partly my choice but also a choice of yours by not bothering to be in my life either. Roo called someone else Grandad, she grieved as he passed away and both Tigger and Piglet have never known a Grandad on my side of the family. They are of course lucky in that they have a Grandad on my husband’s side of the family who loves them dearly and I couldn’t imagine him wanting to miss out on their childhood. 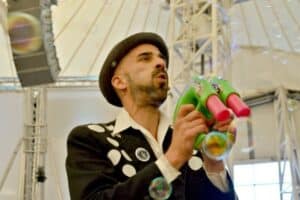 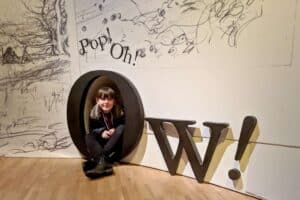 Easter Holidays, Spotify in the car and family travels #LittleLoves