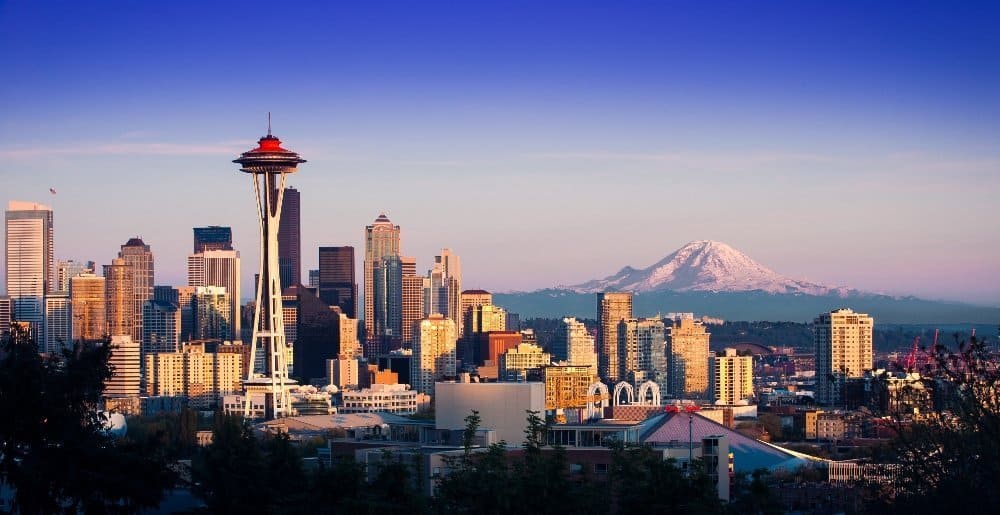 Seattle is one of the best cities to visit in the United States if you’re into spending time outside surrounded by natural beauty. Sure, it’s a city, but it’s a city which takes pride in nature and which goes out of its way to preserve as much as it can. It’s also a great base of operations when there’s stuff nearby that you want to see.

But which of Seattle’s parks should you go out of your way to visit, and what makes them so worth visiting in the first place? Get ready to pack your bags (remember to pack light and to save some space to bring things back!) and let’s dive on in and take a look!

The U. S. Courthouse Plaza

If you want to visit a park but don’t want to leave the city centre, you’ll struggle to do better than to visit the U. S. Courthouse Plaza. It’s not the biggest of parks, but it does have a number of smaller attractions, from its fountains and water features to its iconic grove of birch trees. What’s not to love?

Kerry Park is a good park to visit if you want to get a view of the city as well as nearby Elliott Bay and Mount Rainier. You can even see the city’s iconic Space Needle. True, it’s a little smaller than some of the other parks that Seattle has to offer, but if anything that just keeps the crowds out and makes Kerry Park a hidden gem in the area.

You can get a pretty good idea of what you’re in for here just by looking at the title. If you’re a fan of more active days out, you can go canoeing or kayaking, allowing you to see the city of Seattle from an entirely different viewpoint. You might even be lucky enough to get up close and personal with some of the local wildlife.

Green Lake Park is a favorite of the locals thanks to its beautiful waters that are right in the middle of a built-up urban area. Even with thousands of visitors heading to the park every day, it’s still well-maintained and home to a range of plants and animals, many of which can’t be seen for hundreds or thousands of miles around.

This stunning woodland is in West Seattle, but when you walk around it, it can feel a lot more like you’re in Narnia or Middle Earth. With around 50 acres to explore, it might not be the biggest urban park, but it’s worth a visit anyway because of both its beauty and the quirky history behind it. The park was founded by a German banker called Ferdinand Schmitz, who donated the majority of the acreage to the city.

Lake Union is a huge lake that’s popular amongst boaters, canoeists and other fans of water sports, but it’s also a pretty good place to walk along the banks while marvelling at the wildlife. When the weather is nice, it’s a lot of fun to hike around or to hire a boat and to people watch as all sorts of unusual watersports take place in the sunshine.

This stunning Seattle secret is one of the most peaceful places we’ve ever been to, especially during fall and spring when it’s in the middle of a transition. It’s the perfect place to have an amble around while you’re deep in thought, and it’s also great for budding photographers. If you don’t want to miss anything, be sure to give yourself at least two or three hours to walk around.

This is another Seattle hotspot that’s named after an immigrant founder, in this case, Fujitaro Kubota. Despite being incarcerated during the Second World War, Kubota and his family continued to develop the garden until, in 1981, it was designated a Historic Landmark. Six years later, it was purchased by the city, but it still maintains its distinctly Japanese feel and is as beautiful now as it’s ever been.

Even once your time in Seattle comes to an end, that doesn’t mean that your holiday has to be over. You can continue your travels from Seattle and explore more of the Pacific Northwest, or indeed you can travel on to anywhere else in America or even the world.

One of our favourite options is to take an Alaska Cruise from PNW and to experience one of the most stunning states that the USA has to offer. But really, it’s up to you, and we’d encourage you to take the sights on this list and to build your own itinerary so that you can be sure to see everything that you want to see while you’re away. Happy travels! 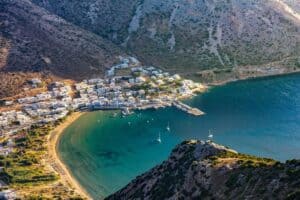 Things to consider when booking a holiday with the kids 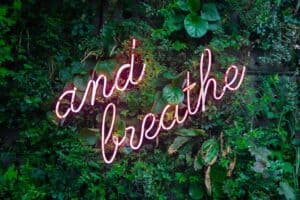 Take a break: treat yourself to a self-soothing getaway 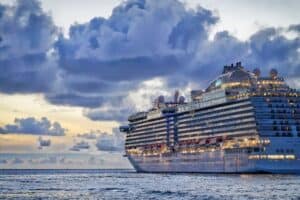 3 reasons cruises are great for families