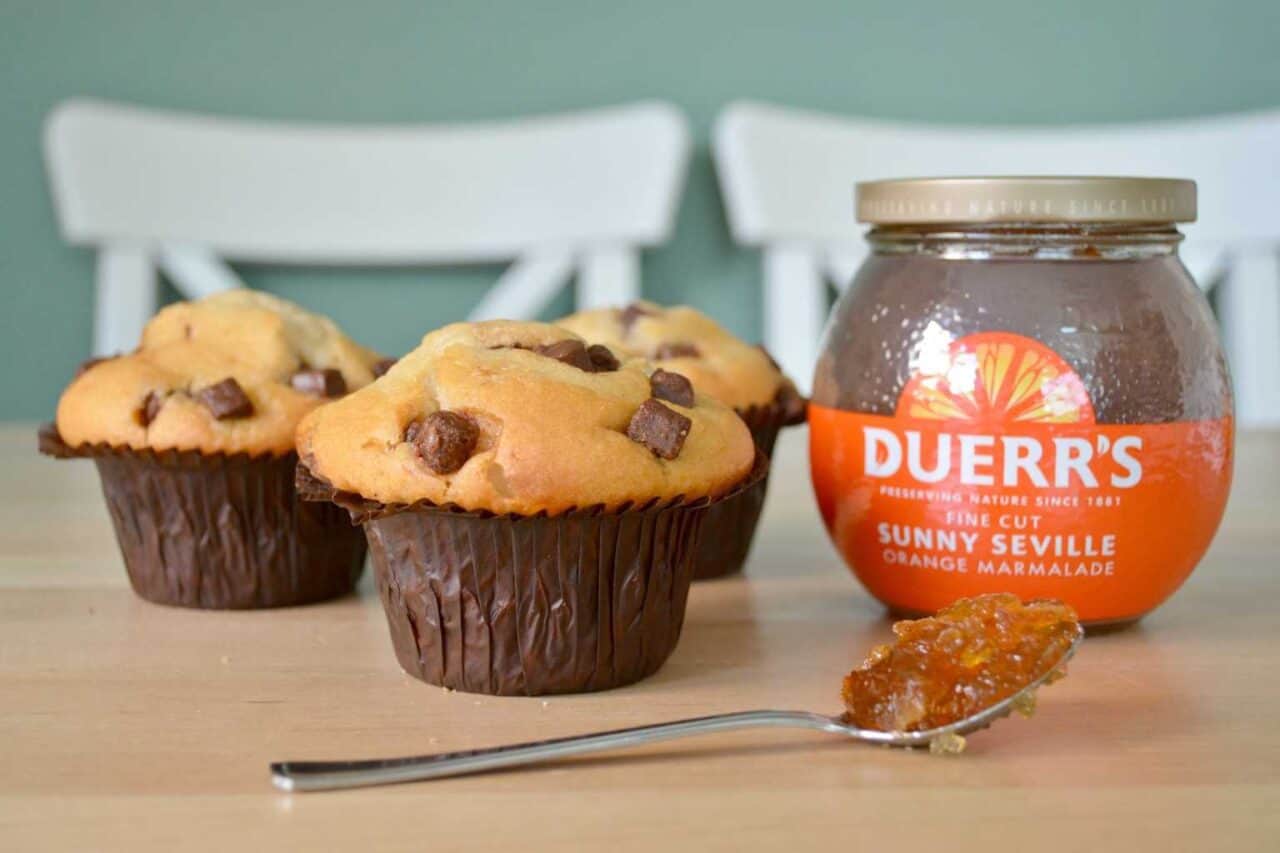 Over the summer holidays, Piglet is still attending nursery two mornings a week. With this time set aside for just Roo, Tigger and me, I promised them that we would do some baking as it is easier when I don’t have to worry whether Piglet is going to wake up early from her nap.

Roo and Tigger had been flicking through recipe books and recipes I’d printed off from other bloggers that I saw throughout the year. There was one particular recipe that Roo wanted to make chocolate orange fudge. Now, this is the part where I have to confess to buying a Terry’s chocolate orange in preparation for our epic baking session, however, I appear to have eaten it whilst watching Game of Thrones earlier in the week… Bad mummy alert!

I needed a chocolate orange recipe that didn’t require the use of a Terry’s chocolate orange… FAST! So opted to adapt one of our usual family muffin recipes to use up the chunky chocolate chips and Duerr’s orange preserve I had sitting in the cupboard.

Muffins are a fantastic alternative to cupcakes and don’t require icing which is great as I can never seem to get buttercream to turn out right. So why not try my Chocolate Chip and Orange Muffins which include a dollop of Duerr’s preserve in the middle of them. Duerr’s is the oldest-family owed jam makers in England. Based in Manchester in the glorious North West Duerr’s have been making quality preserves for families to add to their recipes for 135 years. 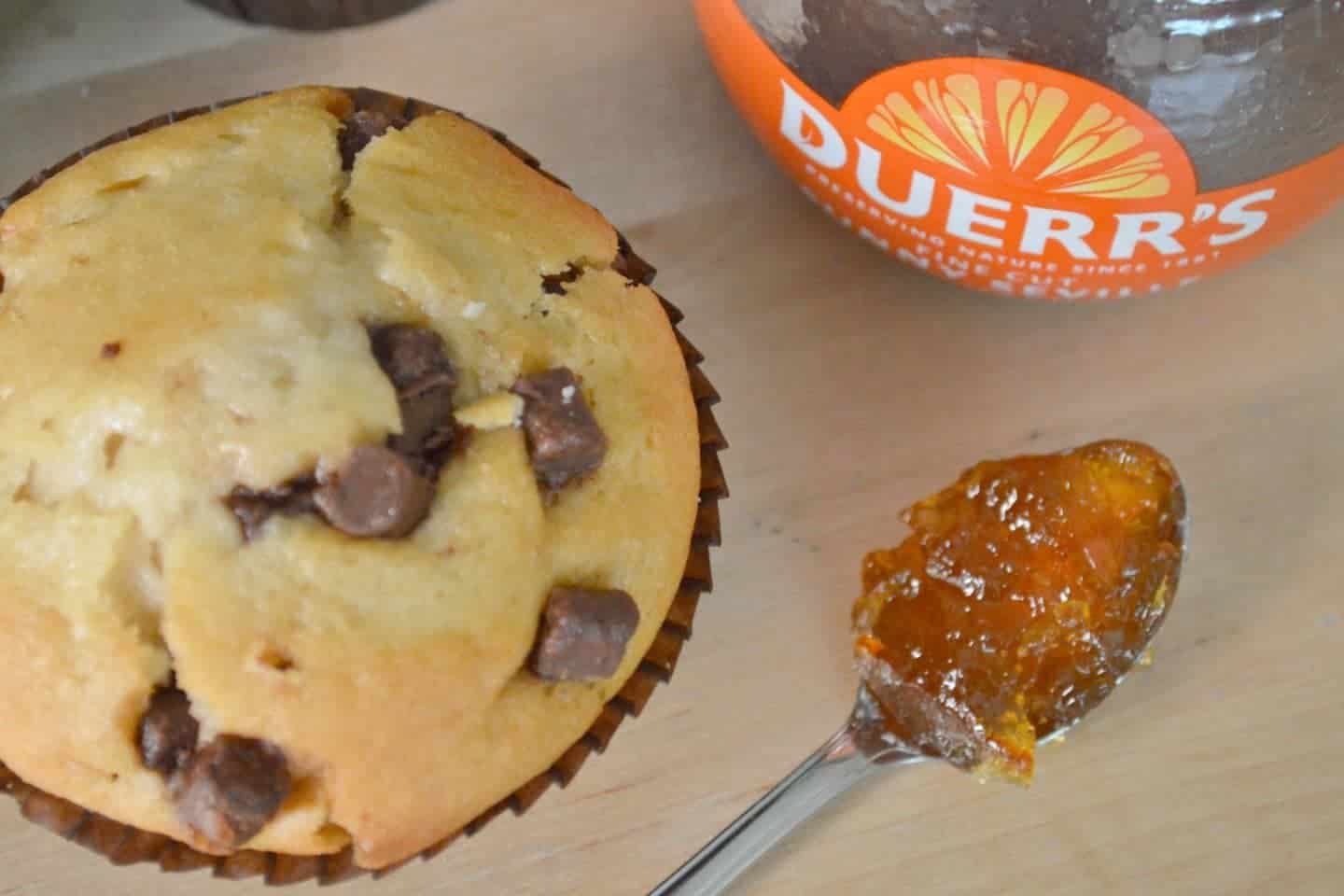 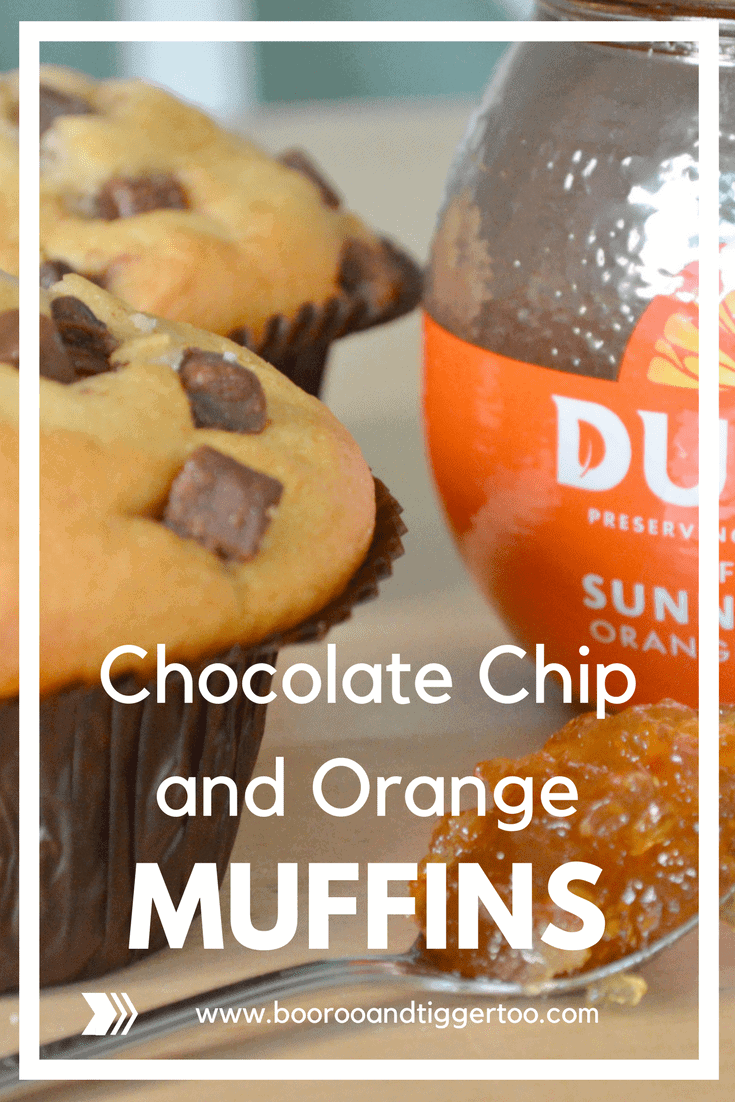 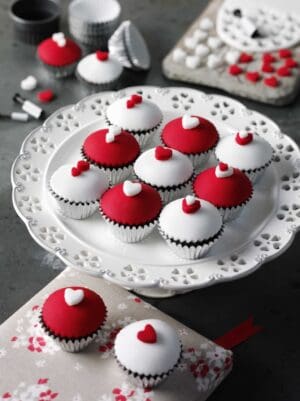 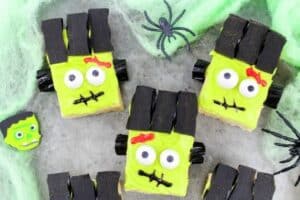 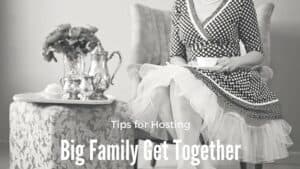 This website uses cookies to improve your experience while you navigate through the website. Out of these, the cookies that are categorized as necessary are stored on your browser as they are essential for the working of basic functionalities of the website. We also use third-party cookies that help us analyze and understand how you use this website. These cookies will be stored in your browser only with your consent. You also have the option to opt-out of these cookies. But opting out of some of these cookies may affect your browsing experience.
Necessary Always Enabled
Necessary cookies are absolutely essential for the website to function properly. These cookies ensure basic functionalities and security features of the website, anonymously.
Functional
Functional cookies help to perform certain functionalities like sharing the content of the website on social media platforms, collect feedbacks, and other third-party features.
Performance
Performance cookies are used to understand and analyze the key performance indexes of the website which helps in delivering a better user experience for the visitors.
Analytics
Analytical cookies are used to understand how visitors interact with the website. These cookies help provide information on metrics the number of visitors, bounce rate, traffic source, etc.
Advertisement
Advertisement cookies are used to provide visitors with relevant ads and marketing campaigns. These cookies track visitors across websites and collect information to provide customized ads.
Others
Other uncategorized cookies are those that are being analyzed and have not been classified into a category as yet.
SAVE & ACCEPT
119 shares