At the end of the summer, on the 1st September the new Barbie and the Secret Door movie is released on DVD. Ahead of the new movie release mattel have brought out a new range of Barbie’s to accompany the movie. Princess Alexa, Romy the mermaid, Nori the fairy along with a pink unicorn the keeper of the kingdom’s magic.

Roo has been lucky enough to be sent Princess Alexa ahead of the movie release to help keep her entertained over the school holidays. 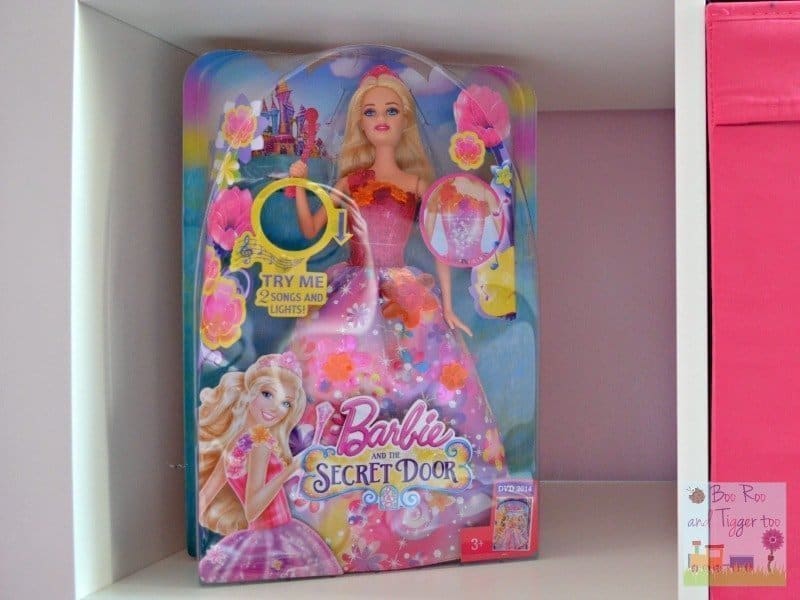 The Princess Alexa doll captures all the magic of the character and story from the Barbie and the Secret Door movie. Wave her wand and she sings two songs from the movie and her dress flashes with lights.

The Princess Alexa doll is suitable for those 3 years+ and requires 3x LR44 batteries (included). Unpacking Princess Alexa was much easier than I anticipated (much to the delight of Roo), with just a few elastic bands keeping her in place she was soon out and ready to be played with. 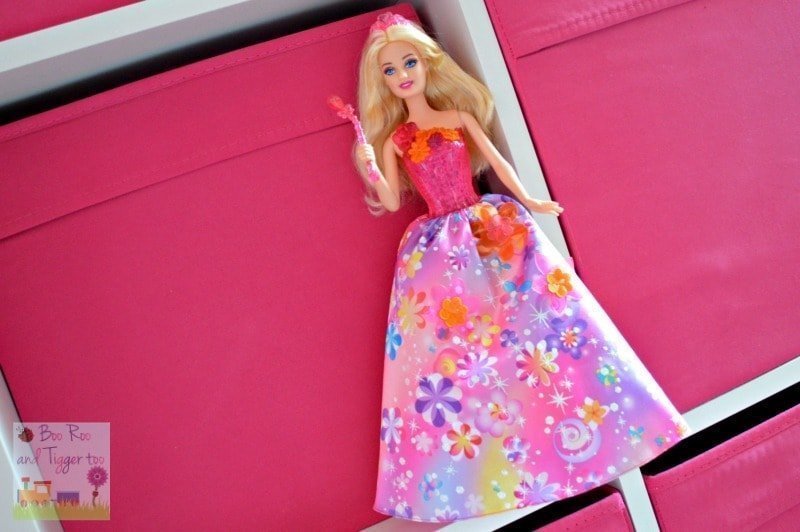 Alongside her stunning dress and tiara, Princess Alexa has a wand which you pull it downwards plays one of two short songs from the Barbie and the Secret Door film. These songs are played clearly and very easy for little ones to pick up the lyrics in order to sing-a-long. Whilst the songs are being played the top half of Princess Alexa’s dress lights up and flashes different colours.

Like most Barbie dolls Princess Alexa is unable to stand up on her own, this is partly due to the battery/sound pack that is located under her dress. Personally I don’t see this as an issue as Roo is happy enough to help Princess Alexa dance and interact with her other Barbie dolls. 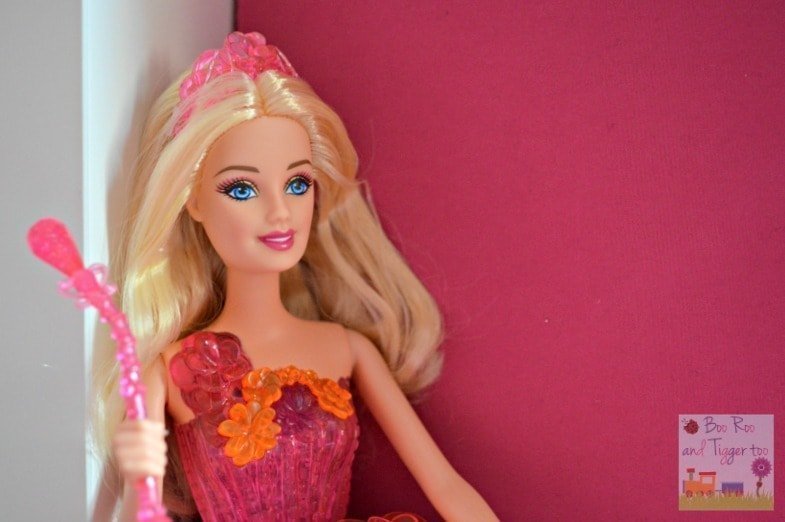 With a RRP of £24.99 it is the standard price you would pay for a Barbie doll, however this has the added benefit of lighting up and singing you are getting a little more for your money. The Princess Alexa doll is available from Amazon, Smyths Toys and all other good toy retailers.

Barbie and the Secret Door

In Barbie’s new movie, Barbie and the Secret Door, Barbie stars as Alexa, a shy princess who discovers a whole new fairy-tale world. In the movie shy Princess Alexa meets Romy, a mermaid who has lost her tail; and Nori, a fairy who has lost her wings. They team up to save the kingdom and restore its magic. It’s the ultimate fairytale musical and there are some really nice touches to the story line with Alexa learning to be more confident in her a abilities and having to find the courage to stand up for what’s right and learning that the power of friendship is far more precious than magic.

You can pre-order the Barbie and the Secret Door movie (which includes a Barbie songbook) from Amazon.

Disclosure: We received a Barbie Princess Alexa doll FOC for the purpose of review. 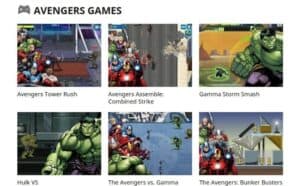