During half term we visited Banham Zoo as a family. It was one of those spur of the moment trips as hubby was supposed to be in London with work, however a mess up with his train tickets meant that he returned home not long after we’d dropped him at the train station.

Not wanting to miss out on an unplanned family day we made the most of some Tesco Clubcard days out vouchers I’d ordered before Christmas and head to Banham Zoo.

We did make the silly mistake of not looking at a map before hand to see where it was and trusted our sat nav (never trust your sat nav!) so it took us a little longer than anticipated to find it. With both Roo and Tigger excited to see all the animals, especially the giraffes and meerkats we headed off into the zoo (whilst singing ‘we’re going to the zoo, zoo, zoo… how about you, you, you?‘). 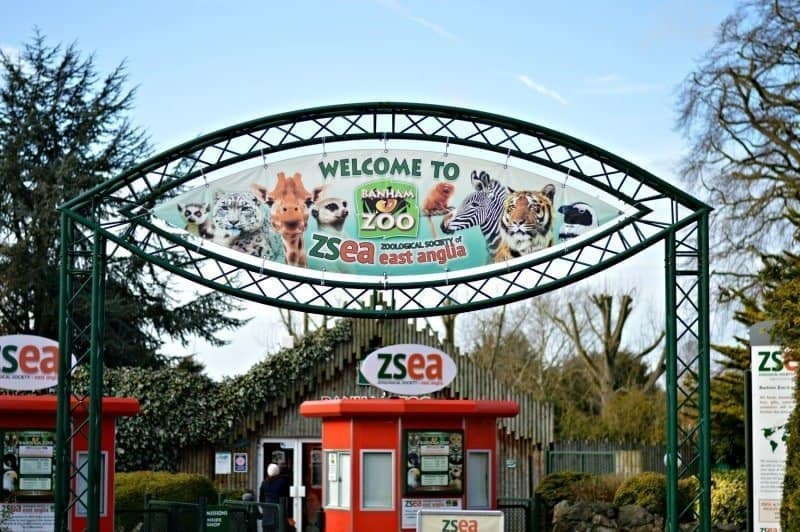 A combination of winter prices and using our Tesco Clubcard days out vouchers it only cost us £3.80 to gain entry (bargain!). Whilst I was paying Roo and Tigger were handed a passport challenge to collect eight stamps from around the zoo in order to claim a medal at the end of the day. I do love that some places really try to get the children involved in the day.

Heading into Banham Zoo the first place we visited was the Farm barn with an old style tractor sitting outside which immediately caught the children’s attention, cue the obligatory sitting on a tractor photo…

Heading inside the barn there were Sheep, Pigs and Guinea Pigs to be seen. Walking around the outside of the barn you were walking amongst Goats and Llamas. We weren’t brave enough to purchase some of the feed after seeing them chase a family before us who had bought some. 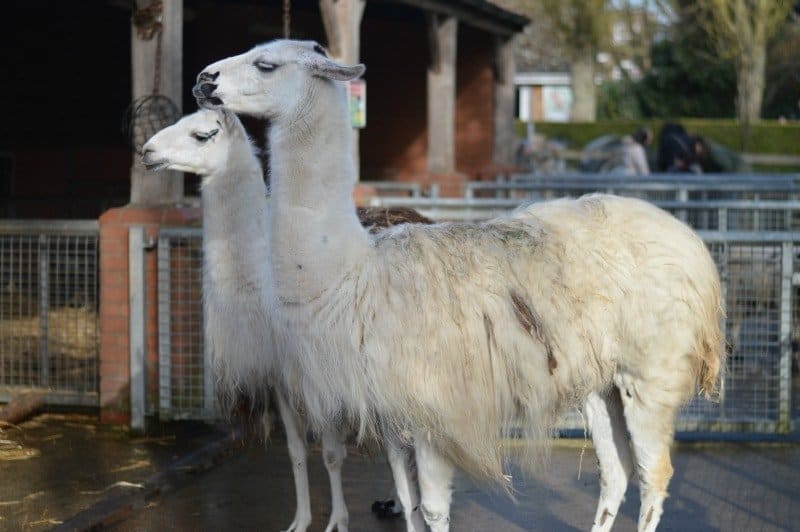 As the Penguin enclosure is undergoing a refit the Penguins are being housed in another pool area. The children were disappointed not to have seen them in their usual home but it gives us all the more reason to come back and see it once it is open later in the year.

After passing the Colobus Monkeys Tigger spotted the Roadtrain Station, however we had just missed the first train of the day so we took a walk around the Woodland Walk and the Lemur enclosure whilst we waited for it to come back.

The Lemurs where certainly a cause for giggles and they were play fighting with each other, running around and even sunbathing again the fence.

Luckily for Tigger the roadtrain was just starting to pull back into the station as we came out of the Lemur enclosure. For a train mad little boy this was one of the highlights of his day. 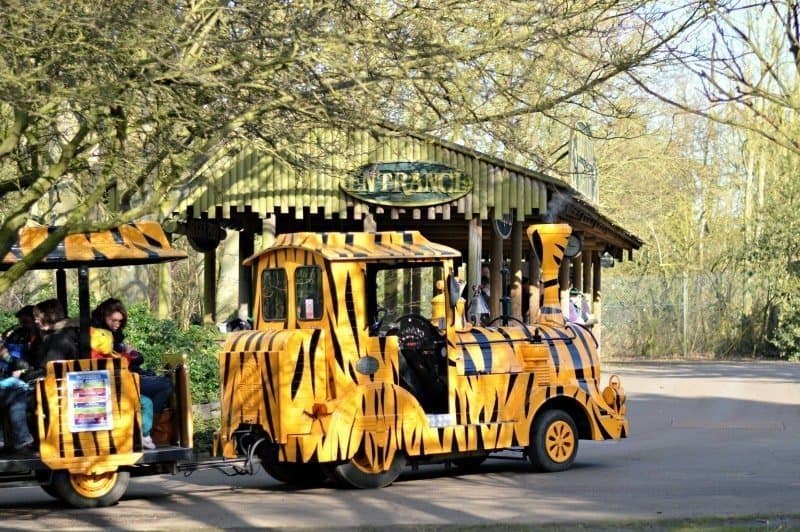 The roadtrain takes you around the majority of the park, the driver commentated the journey and he really knows his stuff. Personally it is one of those you must do things when you visit Banham Zoo.

After getting off the train we took a walk to see the Meerkats as Roo was completing a school project on them so she was keen to get some photos and see if they had any fact plaques to learn more about them. 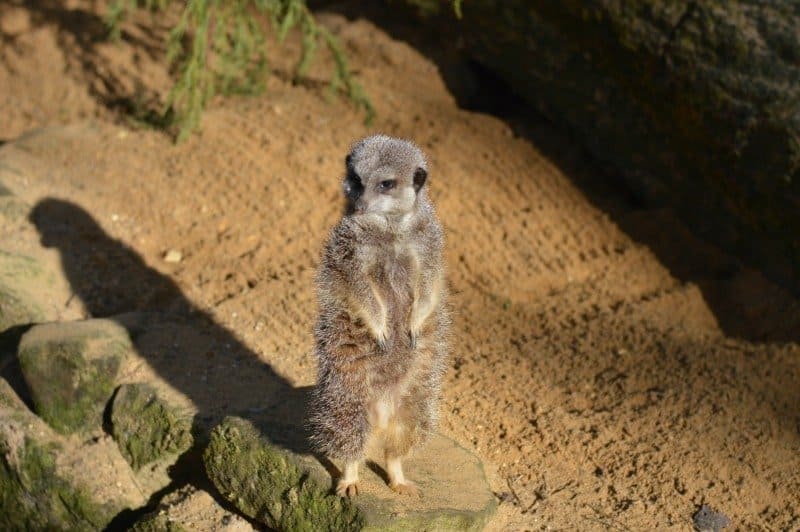 I’d packed a picnic which I’d left in the car and as the weather was a little cool we all decided to head back to the car to eat something before coming back in to see the rest of the animals. Tigger did his usual trick of not wanting to eat thing (ruddy boy!).

As we got out of the car we noticed that dark clouds were starting to head our way, hoping that it would either hold off or only be a light shower we continued into back inside.

Heading through the zoo the opposite way we spotted the Kangaroo’s and Emu’s in the Australian Paddock. Before coming across the Maned Wolves and Vultures… which really looked scary as they were perched up high, looking as though they were ready to pounce.

The Bird of Prey Centre was quite interesting, housing lots of different types of birds. Including Sam the Bald Eagle, which I was trying to annoy Roo by asking why he wasn’t bald… it resulted in her shouting ‘Dad tell her!‘. 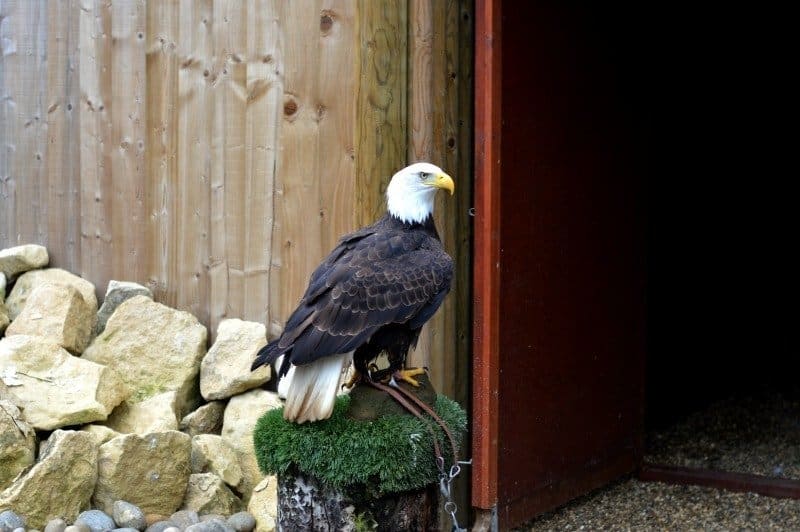 Finally we reached the Giraffe Paddock and house just as the rain started to fall. We decided to wait inside for a little while as Tigger was happily looking at his favourite animal and there was a talk due shortly from one of the animal keepers. 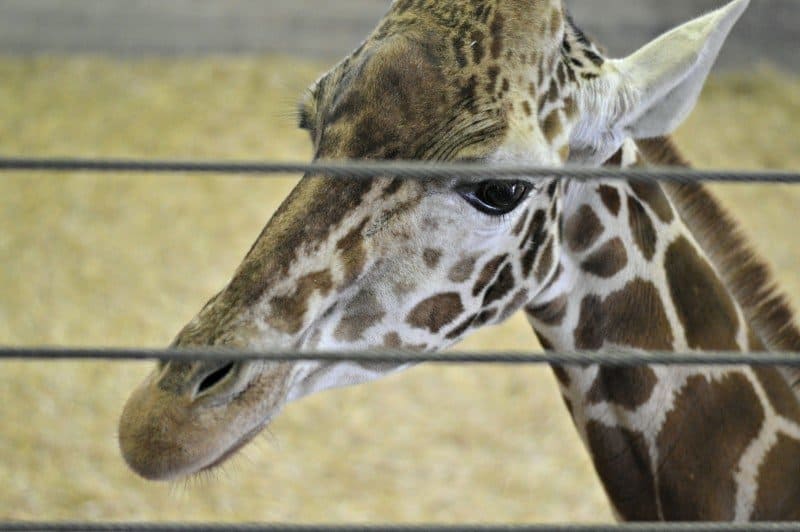 Tigger was very happy to watch the Giraffes walk around their home and one came over to see us. As the rain eased off we opted to see the rest of the zoo before the rain started again so missed the Giraffe talk.

Taking in the Cheetahs, Zebras, and camels we made our way back to the exit to head hope as we were all a little cold and damp. 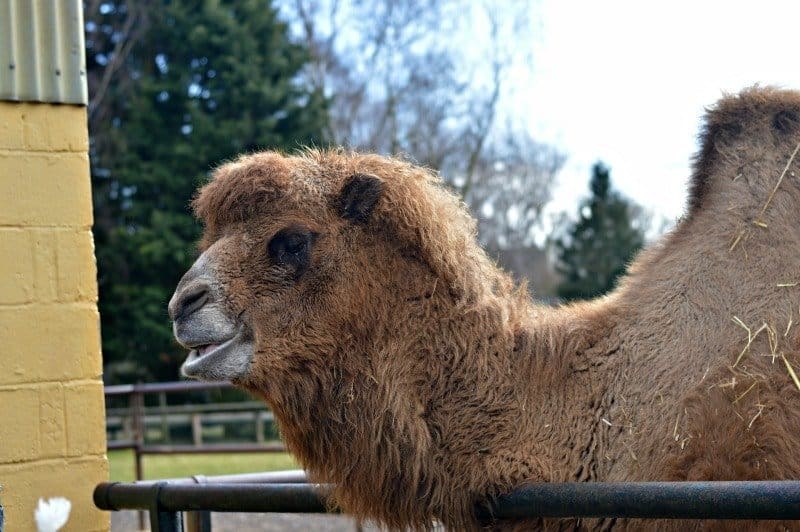 We had a lovely day at the zoo, I love unplanned day trips sometimes they turn out better than if you had planned it.

When did you last go to the zoo?