Angela Nicely might look like she’s made of sugar and spice and all things nice, but nothing could be further from the truth!

Whether she’s using her powers of persuasion to get a dog, helping Miss Darling win Teacher of the Year, or competing for the tidiest tent at Brownie camp, she’s determined to come out on top!

Three deliciously funny stories starring the one and only Angela Nicely 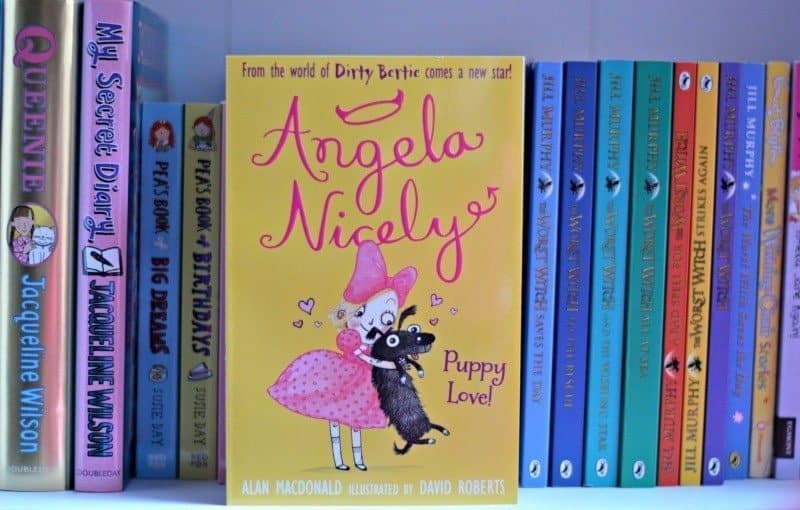 After seeing a cute puppy outside the chip shop Angela Nicely asks her parents if she can get a puppy – she is told no! Angela tried always to convince her parents to let her have a puppy, asking for one for Christmas and leaving puppy pictures around the house. Deciding to prove to her parents how much she’d love a puppy she sets up a dog walking service which doesn’t quite go to plan.

Heading on her first Brownie camp, Angela Nicely is hoping that she will manage to earn some more badges (she only has two!). The thing is Angela has only ever camped in her back garden. One of the challenges is to see who has the tidiest tent, however her friend Tiffany always seems to do things better so Angela decides to sabotage her efforts.

We weren’t familiar with the character of Angela Nicely so were unsure what to expect from reading this book. Roo loves to read aloud so rather than hide away in her bedroom to read I asked her to sit on the sofa and share the stories with us all.

The illustrations throughout the book add a little something to the storyline. I especially love the illustrations in The Tidiest Tent story seeing the pages turn black for when she is in the darkness of her tent.

Available from Little Tiger Press, Amazon and all other good book retailers with a £4.99 RRP

Disclosure: We received a copy of Angela Nicley Puppy Love! FOC for the purpose of review

The Wonderful World of Simon Abbott – The Land of the Dinosaurs 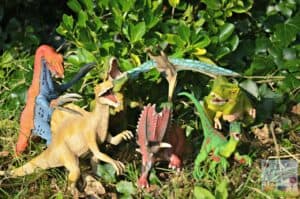