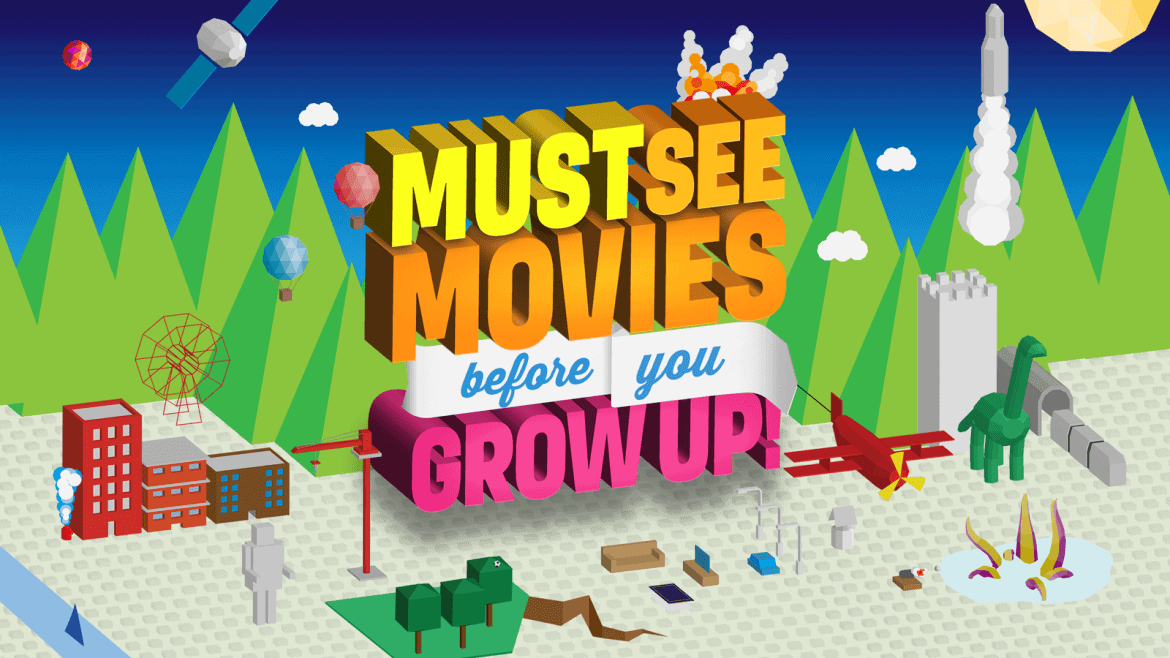 The guide to the 50 films every child should see before they grow up has been created by film education charity Into Film, in partnership with the UK video industry to launch the ‘Must See Movies Before you Grow Up’ campaign, which will see all 50 films distributed by retailers this summer. To find out more, visit www.intofilm.org/msm

50 Must See Movies Before You Grow Up 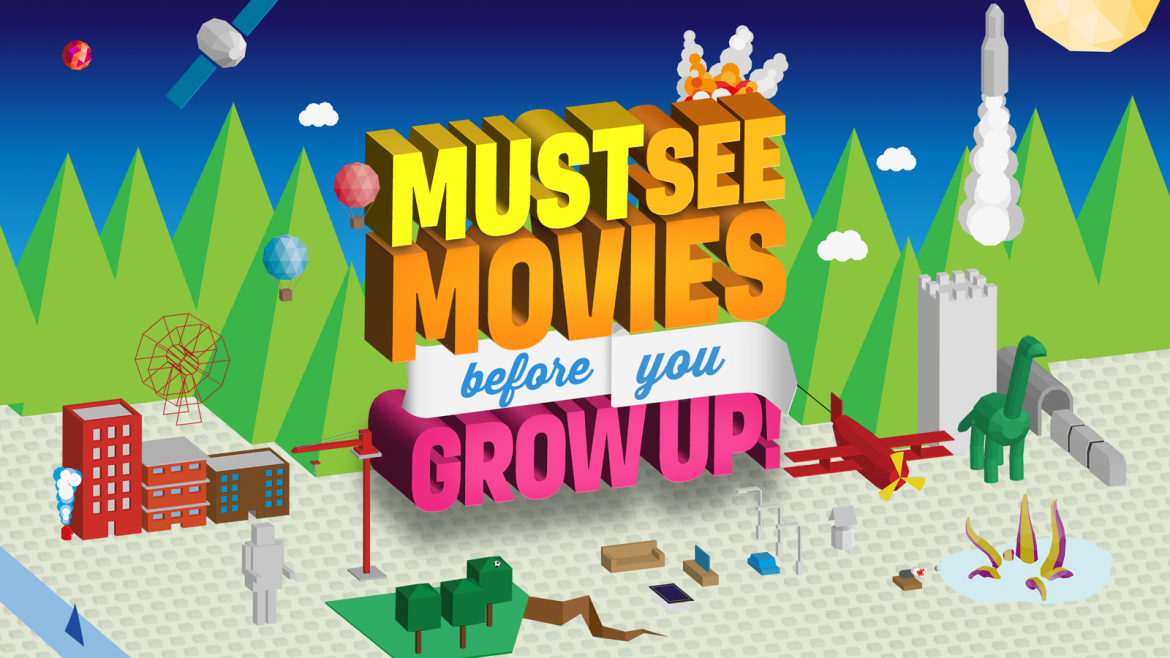 [right]
Secret Life of Pets
Shaun The Sheep Movie
Shrek
Space Jam
Spirited Away
Star Wars: A New Hope
Swallows and Amazons
The Adventures of TinTin
The BFG
The Gruffalo
The Iron Giant
The Jungle Book
The LEGO Movie
The Lion King
The Lorax
The Never-Ending Story
The Princess Bride
The Secret Garden
The Witches
Toy Story
Trolls
Up!
Wallace and Gromit: The Curse of the Were-Rabbit
Willy Wonka and The Chocolate Factory
Zootropolis
[/right] 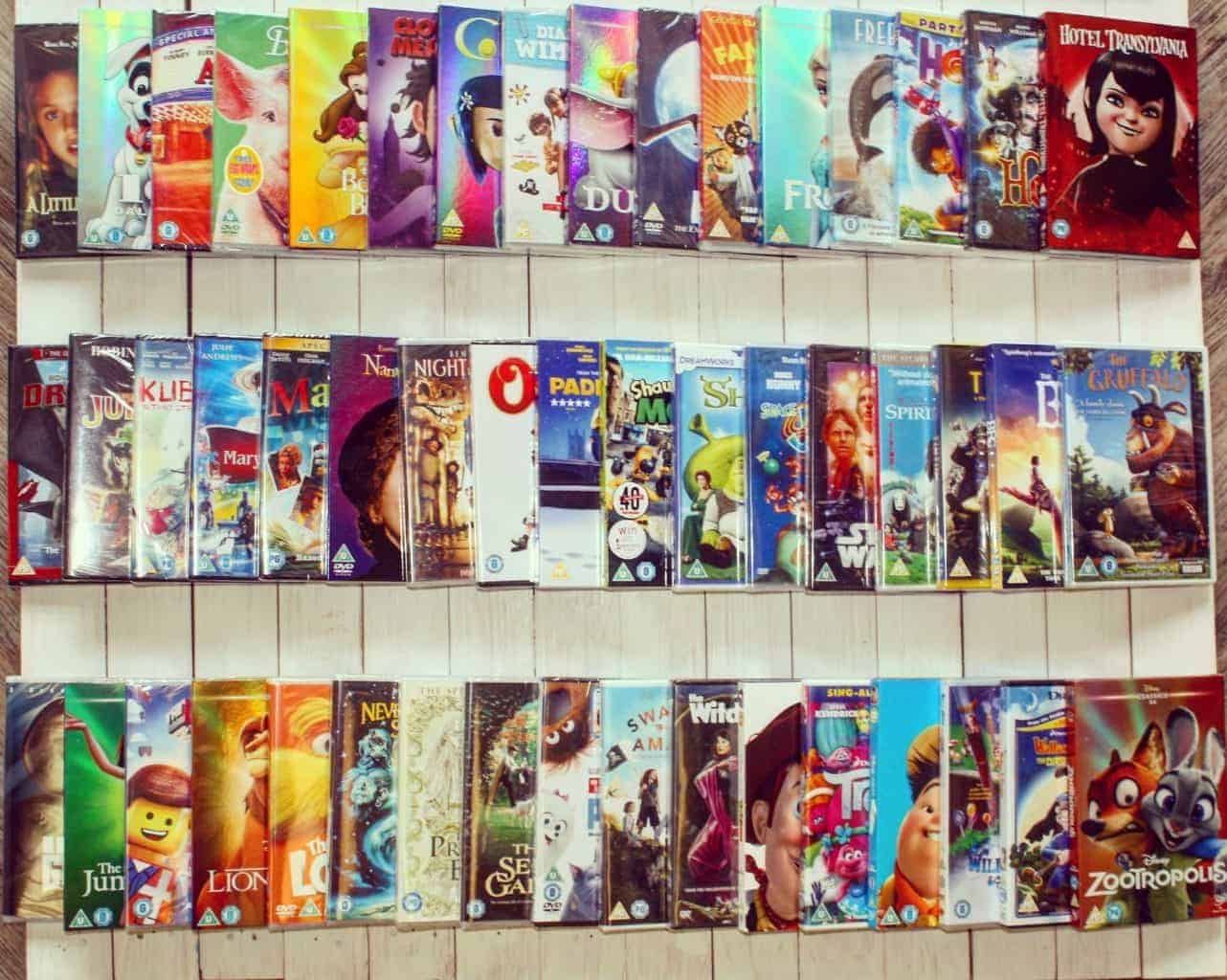 To make sure that your children have seen the 50 Must See Movies Before You Grow Up, Boo Roo and Tigger Too are lucky enough to have a bundle of all 50 movies to giveaway.

50 Must See Movies Before You Grow Up

This website uses cookies to improve your experience while you navigate through the website. Out of these, the cookies that are categorized as necessary are stored on your browser as they are essential for the working of basic functionalities of the website. We also use third-party cookies that help us analyze and understand how you use this website. These cookies will be stored in your browser only with your consent. You also have the option to opt-out of these cookies. But opting out of some of these cookies may affect your browsing experience.
Necessary Always Enabled
Necessary cookies are absolutely essential for the website to function properly. These cookies ensure basic functionalities and security features of the website, anonymously.
Functional
Functional cookies help to perform certain functionalities like sharing the content of the website on social media platforms, collect feedbacks, and other third-party features.
Performance
Performance cookies are used to understand and analyze the key performance indexes of the website which helps in delivering a better user experience for the visitors.
Analytics
Analytical cookies are used to understand how visitors interact with the website. These cookies help provide information on metrics the number of visitors, bounce rate, traffic source, etc.
Advertisement
Advertisement cookies are used to provide visitors with relevant ads and marketing campaigns. These cookies track visitors across websites and collect information to provide customized ads.
Others
Other uncategorized cookies are those that are being analyzed and have not been classified into a category as yet.
SAVE & ACCEPT
11 shares