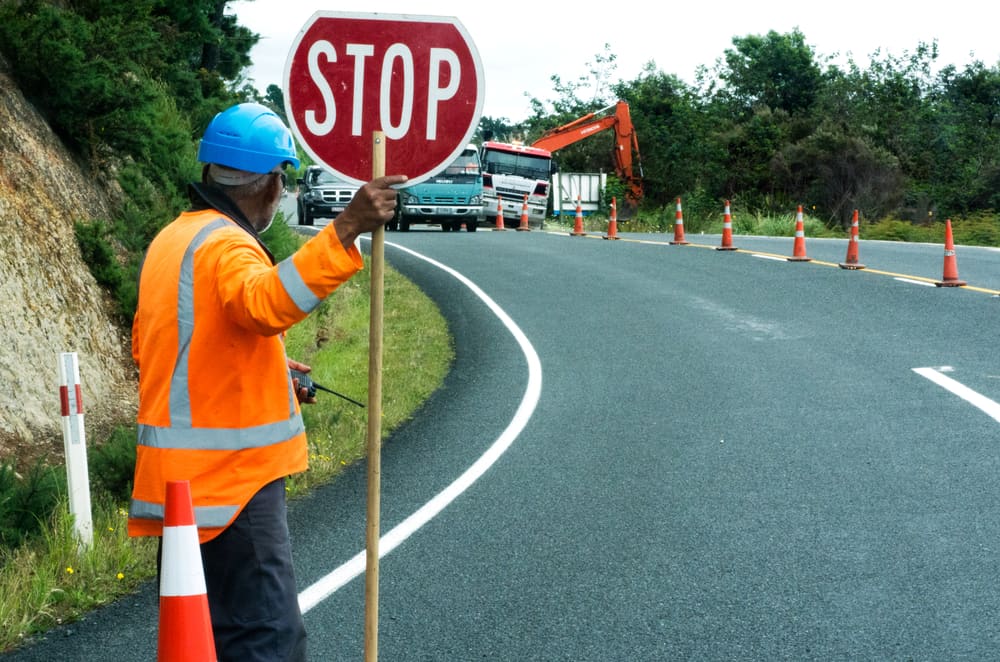 If you have driven for any length of time, you’ve likely seen Flaggers around construction sites. They are the guys guiding you around construction along the roadway. You often will see them wearing a reflective vest and waving their hands telling you when to stop and when to go.

What is a flagger?

A flagger is someone whose job is to control the flow of traffic around road construction or road maintenance sites.

A flagger is responsible for the safety of the crew completing the work project as well as the safety of pedestrians and motorists as they move around the area. This is an important job for the safety of everyone involved and has some inherent dangers that come with it. Proper training and adherence to safety protocols are essential.

How do Flaggers keep Motorists Safe?

During road projects traffic can become congested, drivers become confused, and accidents occur at a higher rate. These problems are amplified in areas where there is more traffic and where speed limits are higher.

Most of us have driven through these areas where traffic is narrowed down to one lane. In these instances, we are often guided, by a flagger, around the construction zone. We are confronted with a person in a vest and hard hat, often carrying a stop sign. We are directed when to stop, when to go, and which way to go. Traffic, in this example, is travelling in opposite ways in the same lane.

Flaggers have a large responsibility for keeping motorists and pedestrians safe in work zones and preventing accidents.

How do Flaggers keep the Crew Safe?

This work cannot be done without safety measures in place, and none are more important than the flagger. Orange safety cones will only go so far in keeping the crew safe or providing motorists with enough direction to prevent accidents. Cones cannot tell a motorist when to stop and where to go, they only alert the motorists that there is a barrier ahead. Signs can also be used, but they cannot adjust to more complex traffic issues or increased traffic in the area.

Flaggers make sure that motorists see the hazard ahead, stop and go when safe, and proceed in a safe direction around the hazard. This helps to prevent motorists from driving straight through a work zone or not seeing the work zone in time. If a motorist were to miss the signs or cones and veer into a work zone, the workers would be in great danger of death or injury.

The crews that work on road projects are doing an important and tough job. Flaggers increase their safety allowing them to focus on the job at hand.

But flaggers are also part of the crew, and their safety is equally important.

The Dangers Facing Flaggers and How to Minimize the Dangers

Perhaps the most dangerous job on the crew is the flagger’s job. The flagger stands on the front line guarding his crew and ensuring the safety of the public.

The fact that he is in front makes him the first target if an accident were to occur. He is closest to the traffic and guarded only by his vest, hard hat, stop sign, and his training.

Distracted driving and drunk driving are two of the most prevalent causes of accidents. A flagger confronted by one of these impaired drivers must rely on his most valuable tool, his training.

Why is Flagger Training essential for Safety?

With the proper flagger training, the dangers of the job can be mitigated. This training provides the flagger with the information and skills needed to do the job safely and effectively.

The main tools for the flagger are the safety vest, hard hat, traffic sign (stop/slow), and the flagger’s knowledge. These tools alone may not seem like much, but flagger training informs the student on how and what kind of tools they should be using. For example, did you know that the proper safety vest is visible for 1000 feet in the dark? Choosing the proper vest can become extremely important for night work but it is also effective during the day.

The hard hat should also meet certain specifications to protect the flagger appropriately and it must be worn properly to be effective. This is true for the handheld traffic sign also. The signs have a certain size, shape, colour, and material specifications necessary to increase visibility and therefore, the safety of all involved.

There are many other skills that a flagger will learn in flagger training including the proper hand signals, where to stand, when and where to move, and how to alert the crew of impending danger. Flagger training gives the student the tools needed to perform his job effectively and as safely as possible.

Flaggers play an essential role in road work throughout the nation. Flaggers are the first line of safety for their crew and the public. Road work is inherently dangerous, and the flagger has the most dangerous and essential job when it comes to the safety of everyone involved. The flagger keeps the crew safe by alerting and controlling the flow of traffic. They keep the public safe by controlling the flow of motorists and alerting them to the impending hazard.

Although the job is dangerous, proper flagger training mitigates the danger and enhances the safety of everyone involved. Flagger training equips the flagger with the knowledge, skills, and tools necessary to complete the job safely and effectively.

Are Private Plates a Good Investment? 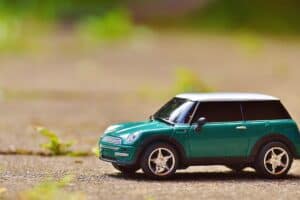 What to Do if You Have a Car Accident 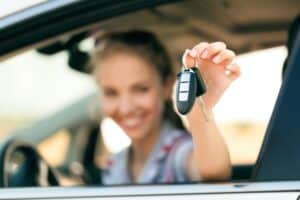 The ultimate guide to buying the right family car