If you are visiting Windsor with the family LEGOLAND makes for a great day out with entertainment for all ages. Having opened in 1996 on the site on the previous Windsor Safari Park LEGOLAND has a host of attractions from rides and models to workshops.

If your children love Pirates then head over to LEGO City which has been invaded by the infamous ‘Pirates Of Skeleton Bay’ who offer an adrenaline fuelled stunt show. If Knights in shining armour is more their style, then make your way over to the Knight’s Kingdom and enjoy the Dragon roller coaster which passes through the Castle before travelling around the park at speeds of up to 39 m.p.h. For more information see this Ultimate Guide to Legoland.

The chapel which stands at the independent boarding school Eton College is a wealth of architecture and history having originally supposed to have been twice its current length, with construction having been disrupted by the Wars of the Roses between 1455 and 1487. The Chapel is built in the late Gothic or Perpendicular style and was constructed from concrete, faced with stone with support from steel trusses.

Visit the Chapel to see the lovely Flemish style wall paintings from four different painters rediscovered in 1847, described as the most remarkable work of art at Eton College. They adorn the sides of the Chapel with scenes depicting the Virgin Mary on the North side, a medieval story about an Empress on the South. Don’t forget to admire the window above the organ which is the only one to have survived a bomb explosion! 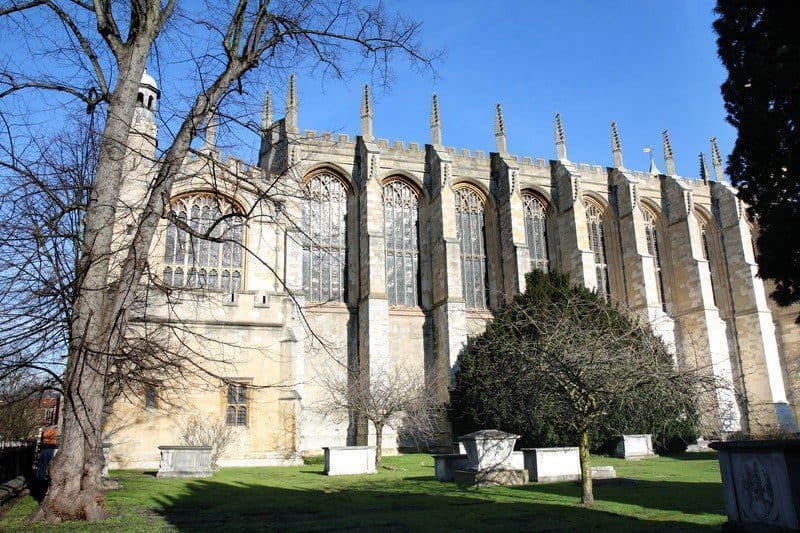 This Grade I listed early Tudor manor house dates from around 1440 and is located in the village of Dorney a short drive from Windsor Castle, which was mentioned in the Domesday Book of 1086. Now, owned and lived in by the Palmer family since 1542 Dorney Court appears to be of medieval construct however there have been additions across the years including a Victorian exterior.

Open to the public since 1981 I recommend taking a look at the oldest part of the house – the panelled parlour which home to some examples of antique furniture. Don’t miss The great hall which showcases Palmer family portraits as well as some lovely linenfold panelling which was brought from Faversham Abbey.

Despite being a simple water-meadow, Runnymede is most likely the location where King John (of Robin Hood fame) sealed the Magna Carta in 1215, impacting common and constitutional law as well as political representation also affecting the development of parliament.

Visit the Magna Carta Memorial located on the lower slopes of Cooper’s Hill. A lovely domed classical style structure, the memorial column is inscribed with “To commemorate Magna Carta, symbol of Freedom Under Law”. 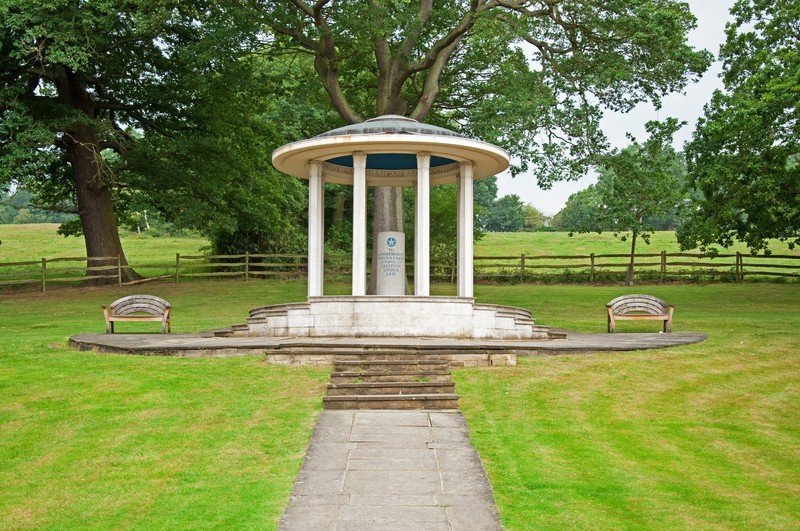 To the south of Windsor lies 5,000 acres of deer park dating from the mid-13th Century which was for centuries a private hunting ground owned by Windsor Castle. These days Windsor Great Park is mostly open to the public to enjoy as a recreation area and boasts a sweeping deer lawns, small woods, coverts and areas covered by huge solitary ancient oak trees.

Whilst you traverse this lovely green space keep an eye open to The Copper Horse – the statue which marks the end of the Long Walk at Snow Hill which depicts George III on horseback. Commissioned by George’s son, George IV, the statue bears an ironic inscription: the best of fathers in Latin which is ironic as the two were known to have hated one another!

Disclosure: This post is brought to you from Choice Hotels