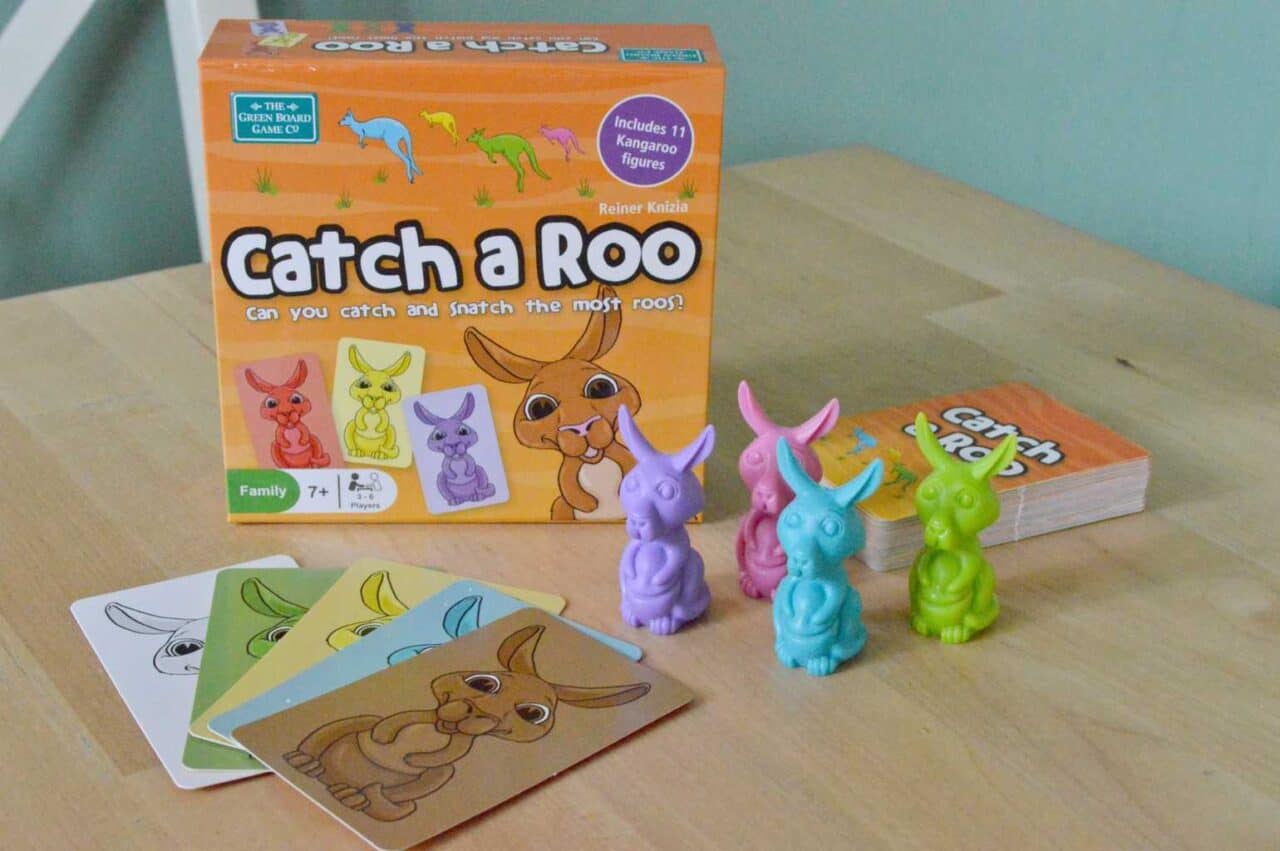 When it comes to playing games in the Boo Roo and Tigger Too household we are all somewhat competitive. The whole notion that we should let others win once in a while is lost on us. If you are going to play a game, you play it to win and it can make for some interesting family game nights.

Always on the look out for something new to add to our arsenal of family games, we were intrigued to receive the Catch A Roo game from The Green Board Co.  A simple concept game that is hugely competitive, especially when it comes to taking someone else’s roos!

Can you Catch a Roo? 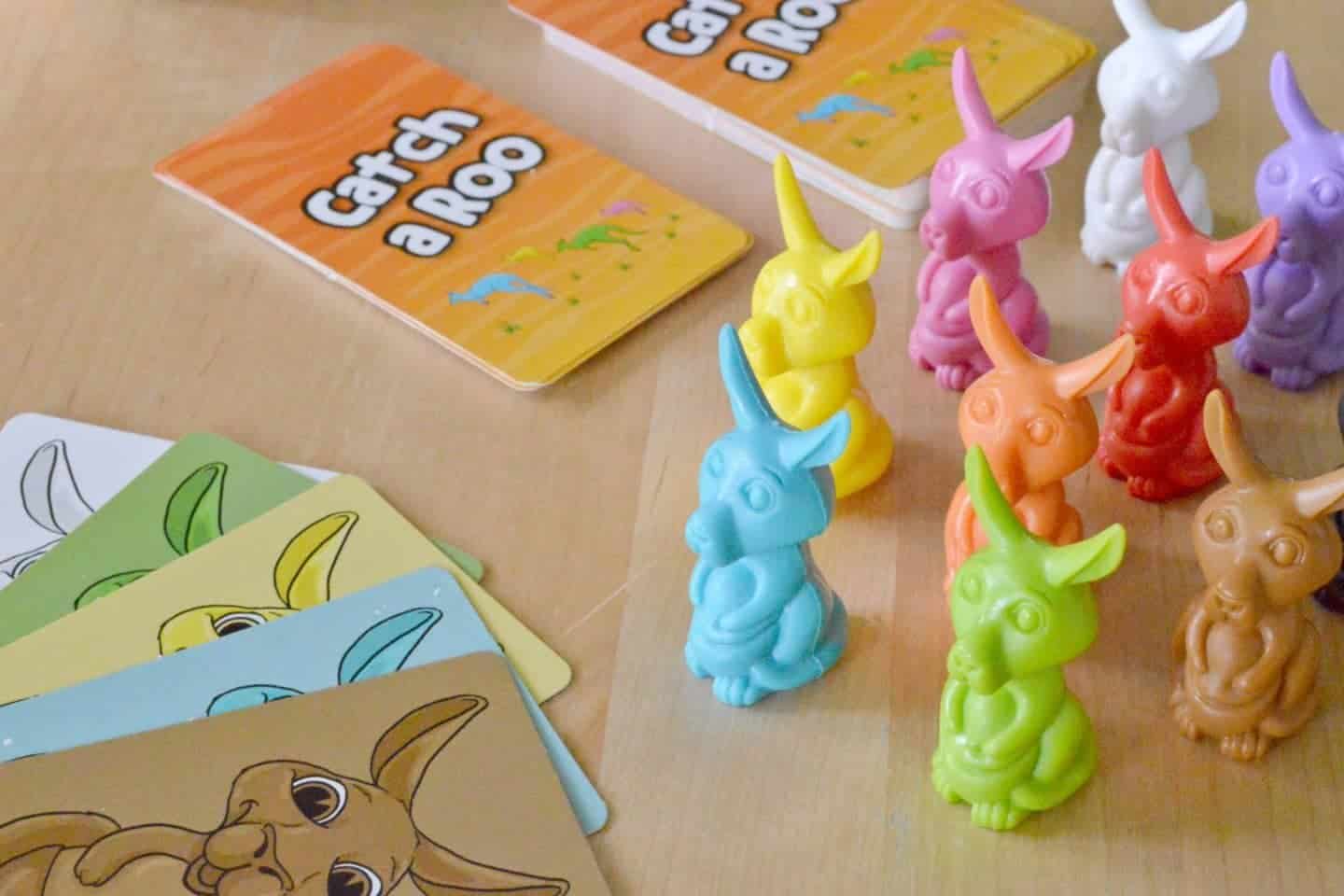 The Catch A Roo game comes complete with a rules instruction guide which details the basic principles of the game – Catch, Defend, Win!

A shorter version of the game is to play until all the middle roos have been caught, with the winner being the player who has the most roos in their possession. 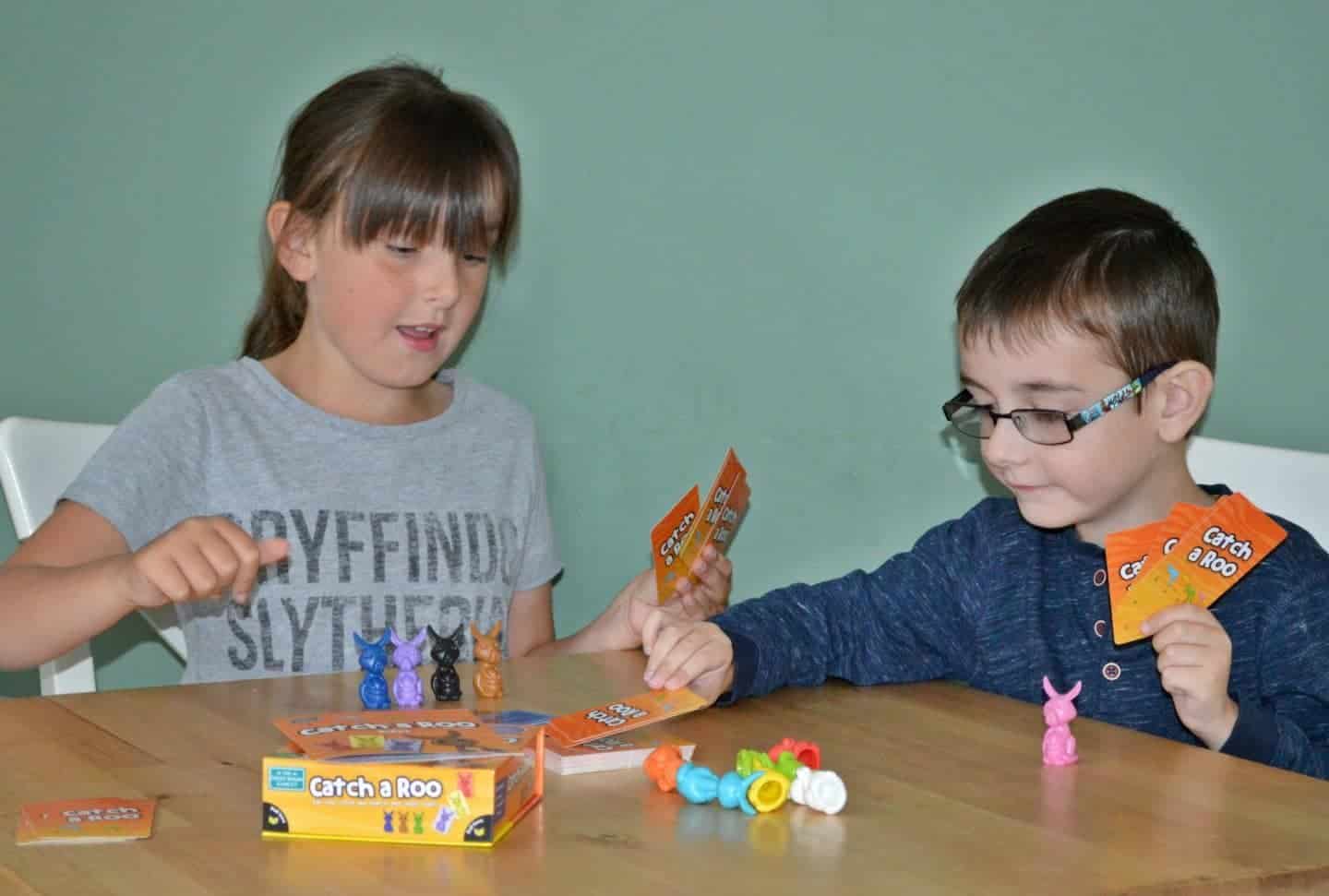 Playing a game for the first time is always fun, but it is a mark of the game if it is one that comes out time and time again. This game arrived last week, it has been played every day since! That in itself speaks volumes to me. With Roo and Tigger opting to play on the kitchen table whilst I cook the dinner, which is good for me as it means I can also join in and hopefully catch all the roos. The game is so simple to play, however, so competitive and gives you that sense of satisfaction as you manage to catch another persons roo!

To get your hands on the Catch A Roo game before many others, Boo Roo and Tigger Too are lucky enough to have a copy of the game to giveaway.

The Green Board Game Co. – Catch a Roo

Disclosure: We received a Catch a Roo game FOC for the purpose of review 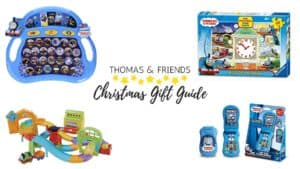 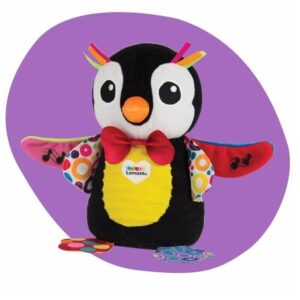 This website uses cookies to improve your experience while you navigate through the website. Out of these, the cookies that are categorized as necessary are stored on your browser as they are essential for the working of basic functionalities of the website. We also use third-party cookies that help us analyze and understand how you use this website. These cookies will be stored in your browser only with your consent. You also have the option to opt-out of these cookies. But opting out of some of these cookies may affect your browsing experience.
Necessary Always Enabled
Necessary cookies are absolutely essential for the website to function properly. These cookies ensure basic functionalities and security features of the website, anonymously.
Functional
Functional cookies help to perform certain functionalities like sharing the content of the website on social media platforms, collect feedbacks, and other third-party features.
Performance
Performance cookies are used to understand and analyze the key performance indexes of the website which helps in delivering a better user experience for the visitors.
Analytics
Analytical cookies are used to understand how visitors interact with the website. These cookies help provide information on metrics the number of visitors, bounce rate, traffic source, etc.
Advertisement
Advertisement cookies are used to provide visitors with relevant ads and marketing campaigns. These cookies track visitors across websites and collect information to provide customized ads.
Others
Other uncategorized cookies are those that are being analyzed and have not been classified into a category as yet.
SAVE & ACCEPT
720 shares