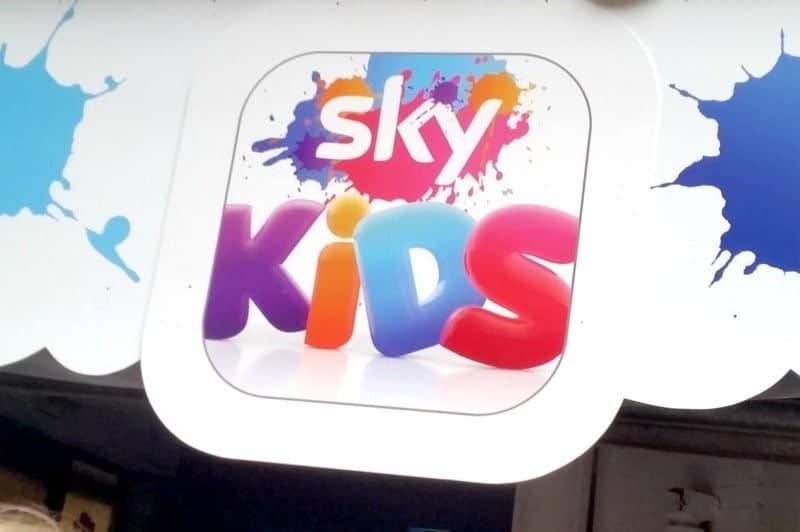 Last month I saw an advert for the new Sky Kids App (which we have previously reviewed), the advert was for a special Sky Kids Cafe that was running during the May half term holidays and was something I shared on our Facebook page. As I knew that we would be in London during half term with Roo and Tigger I looked to see whether I’d be able to reserve us some tickets and luckily I managed to secure our tickets for the Tuesday afternoon.

Making our way over to The Vinyl Factory we were greeted by Ben and Holly from The Little Kingdom and welcomed inside.

As we handed over our tickets the children were given a drawstring backpack to be filled on our way around the cafe along with a voucher for a main, dessert and a drink from the Sky Kids Cafe. We also received a wristband to wear which placed us on the red team, with our first activity at Spongebob Squarepants house (he lives in a pineapple under the sea SPONGEBOB SQUAREPANTS!)

With coloured bubble picture creations to be made and kinetic sand to be played with all whilst Spongebob was walking around posing for photos and offering high fives to the children. If the creativity got too much there were a selection of tablets available for kids to play around the Sky Kids App. 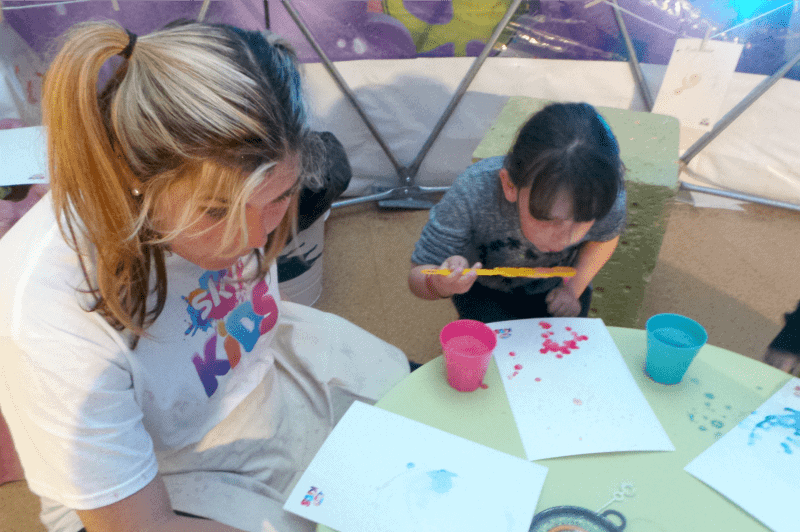 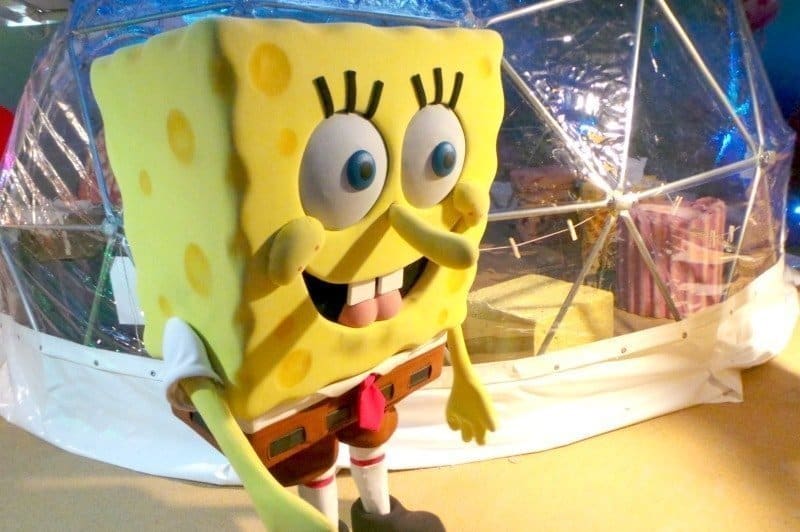 Next, we moved round to the Sky Kids Cafe which has an amazing selection if food all designed by the lovely Lisa Faulkner. We had each received a voucher on arrival so we opted to get one of each thing so that we could taste the full menu. 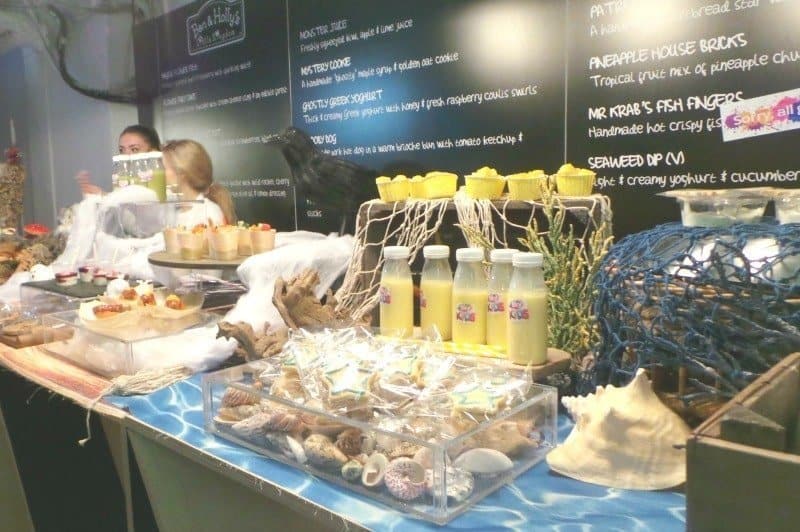 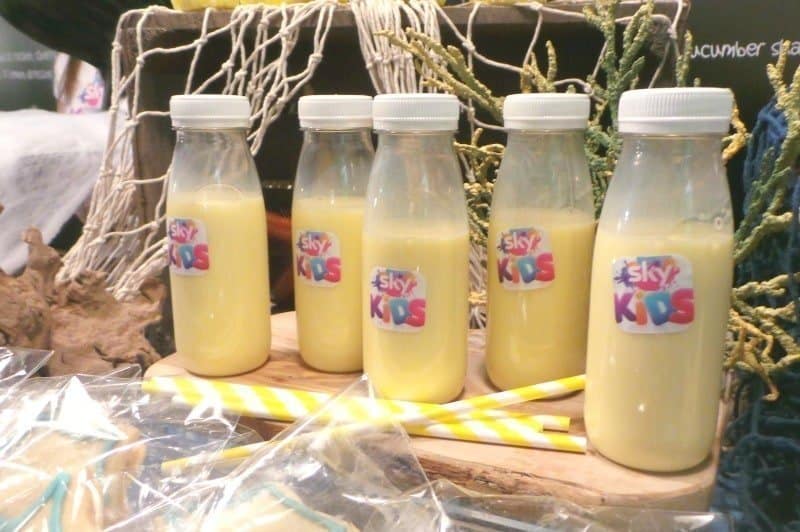 Whilst we sat enjoying the food Tigger took the opportunity to sit on one of the many bean bags and enjoy the Sky Kids App. Having used it at home he was very familiar with the layout and soon found a Scooby Doo episode to enjoy. 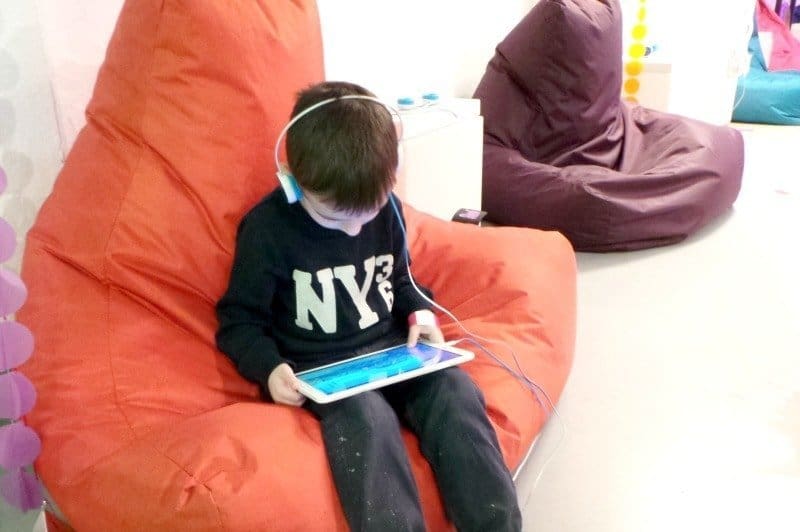 After enjoying some delicious treats the children had a go on the prize wheel which they each one a Sky Academy cup, which they were so pleased with and wanted to use them there and then but I managed to persuade them to wait until we’d got home.

Thankfully our group leader came to my rescue as she explained that Scooby Doo needed our help to solve a mystery and that we needed to head inside the spooky house. Inside each child was given a clue card which they used to collect letters to spell out the name of the villain behind the mystery.

Scooby Doo joined us at the end of the task and Tigger loved that he was scared and his legs were shaking. After posing for some photos (which Tigger surprised me by wanting one on his own with Scooby Doo), it was time to move on to the final activity. 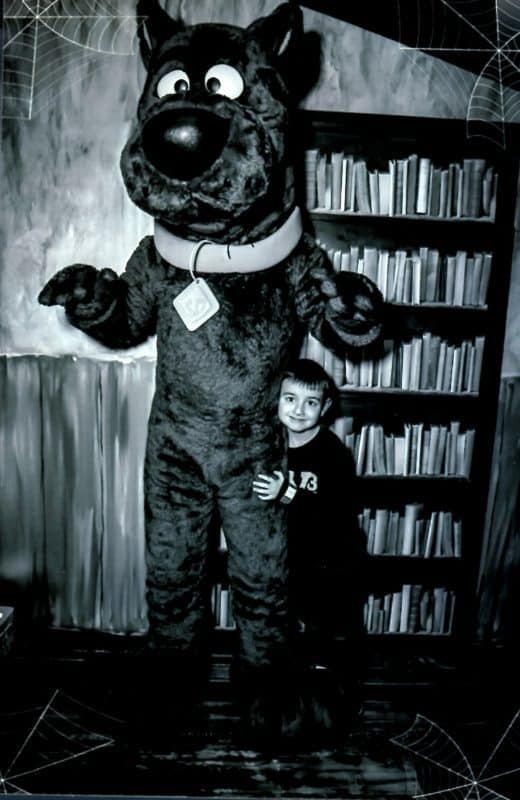 Heading into The Little Kingdom the children sat down ready to make either a magic wand or an elf hat with an array of glitter glues, sparkles, and googley eyes to choose from. After magic wands were made it was time to test them out on the movement sensor TV – so cute to watch the children’s faces as they saw the swishing of their wands on the screen. 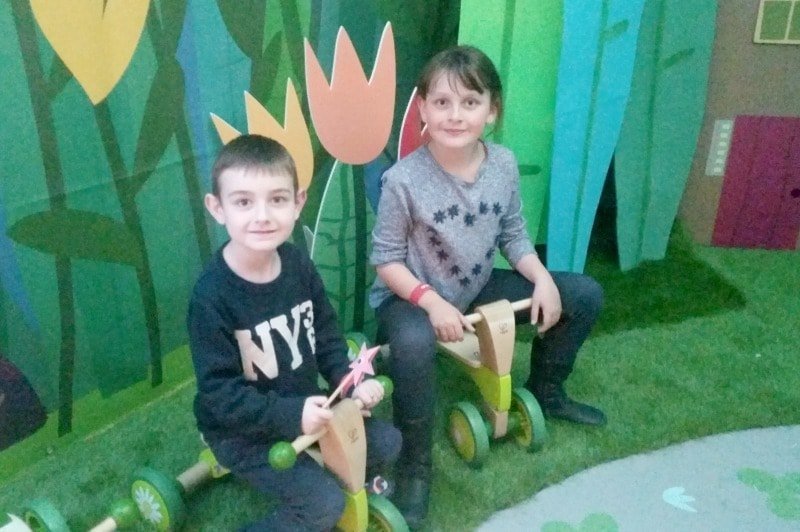 Before we knew it, it was time to collect our coats ad say goodbye. The kids had an amazing time and I hope that they hold more events like this as I’m sure that there would be much more people who’d love to attend.

Disclosure: We reserved tickets FOC and were not asked to write about the event but we had such good fun I wanted to share it with you 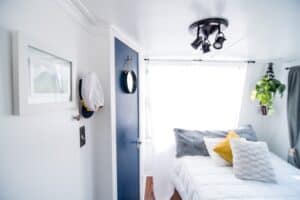 8 Tips for Renting an Airbnb 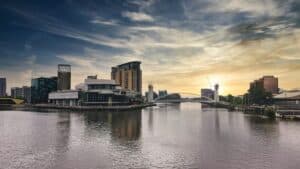 Do You Want A Weekend Away? Here Are The Top Picks In The North West Of England